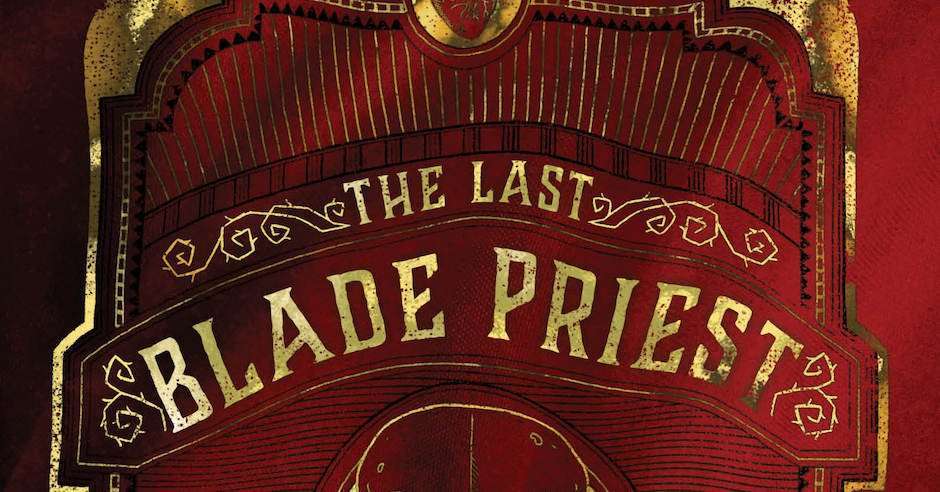 One of the latest publications from independent SFF house Angry Robot is The Last Blade Priest by Betty Trask Award winning author W.P. Wiles. The Last Blade Priest is Wiles’ fantasy debut. It is a brilliant epic multiple point of view novel with an original and inventive story that uses some of my favourite fantasy features exceptionally well. I think that The Last Blade Priest would be an excellent choice for fans of John Gwynne, R.S. Ford, or Daniel T. Jackson. 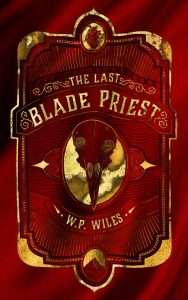 Unlike a lot of multiple point of view novels, Wiles only has three perspectives in The Last Blade Priest. However, the first third of the novel follows two of the trio. Firstly, there is Inar, a Master Builder with the extraordinary skill of ‘feeling’ stone. He is drafted to work for the League, a group who invaded and conquered his homeland. Then follows Anton, a pacifist mountain dwelling Blade Priest who is reluctantly part of a bloody religious order. This order has performed human sacrifice for generations to honour massive corvus demi-gods, so in the unlikely event that chapter one of The Last Blade Priest did not grab your attention, then chapter two most certainly will.

I was very impressed with the novel’s opening, but with the first hundred or so pages only switching between the narratives of Inar and Anton I did struggle with the pacing at the start. I love jumping straight into a story that grabs and runs away with you as a reader. However, a slower pace was actually essential here. Wiles’ world building is outstanding, but with the absence of any tools to assist a reader (such as the oft used map, glossary, or dramatis personae) all of this complex world must be conveyed through the narrative. There is a huge realm being introduced in The Last Blade Priest, with an intricate religious hierarchy, numerous factions, and an expansive geography. It is a testament to Wiles’ skill that this opening part of the novel is a successful slow burn that maintains the reader’s interest and does not overwhelm or confuse them.

Once the narrative perspective starts to follow Duna, a young woman whose magical skills hold terrifying possibilities, the pace of The Last Blade Priest significantly increases. When it does, the slow immersion in such a thoroughly established world is proven well worth the wait. Any plot predictions I had made were wrong, so Wiles’ writing ended up being superbly surprising at every twist and turn. I also really loved that the two main characters felt like relatively ‘normal’ people without world altering qualities or messiah-like roles to play. It gave the story a relatable humanity which can sometimes be missed in epic fantasy. Additionally the fact that The Last Blade Priest only follows a few points of view meant that tertiary characters were also well developed and all felt essential to the story. I am hoping that this may mean that some of these minor characters have a bigger role to play in later novels.

The Last Blade Priest is billed as ‘Book One of The Holy Mountain’ and Wiles has created a brilliant foundation for what I can only hope is the first in a series of novels. This has turned out to be one of my favourite new releases of this year, and I am incredibly excited to read what happens next. I am very grateful to both Angry Robot and W.P. Wiles for sending me an advanced reader copy to provide are view for Grimdark Magazine. 4.5/5.