The Last House On Needless Street is the latest work from award-winning horror author, Catriona Ward. While the novel certainly flirts with the horror genre, it could perhaps be equally considered a dark entry in the thriller category. 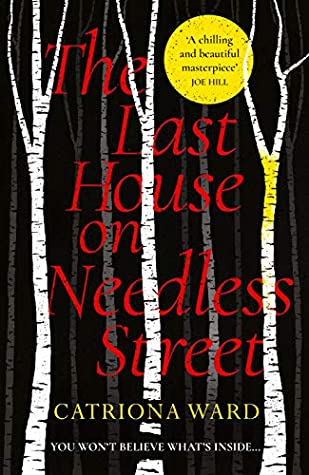 The narrative revolves around Ted Bannerman–a recluse with apparently damaged mental capacity–his daughter Lauren, his cat Olivia, and the secrets which bind them together. Ted has reason to believe that there is a murderer loose in his neighbourhood and fears what that means for the safety of his little family…especially when (for all he knows) that murderer could in fact be him. Woven into the mystery is a determined woman named Dee, who quests tirelessly in search of the person responsible for the disappearance of her little sister, some ten years previous.

In The Last House On Needless Street Ward expertly toys with her readers’ expectations as the layers of the enigma are peeled away. Even as someone who typically predicts plot-twists with annoying accuracy, I was repeatedly forced to revisit my assumptions as each revelation rendered my best guesses fallacious. As with many great horror classics, the most unnerving parts occured in my own mind, as I jumped at the shadows cast by my own presumptions rather than the verbatim words on the page. It is for this reason that I previously suggested that this work could equally be considered a dark thriller; while there was one specific thread that I did find to be genuinely horrific, mostly, what Ward’s subtle work caused me to imagine was more frightening than what was warranted by the actual unfolding plot events. 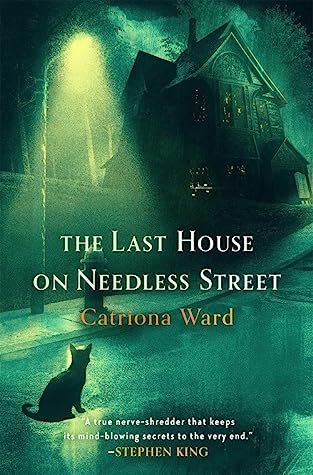 The Last House On Needless Street was an absolute masterclass of suspense and storytelling, and I can hardly believe how well constructed just about every aspect of it was. My only critical comment would perhaps be that I’m still not sure if I was actually very entertained by this book or if I was simply completely enthralled by it. To be clear: I would be less likely to speak in terms of how much I enjoyed the work so much as in terms of how damn impressed I was by its craftsmanship.

Thematically, The Last House On Needless Street is a tale of trauma and survival, of hope, guilt, revenge and resilience. While most of these items are explored explicitly, some are left for the reader to interpret and infer what they may from the character’s experiences and actions.

Ward has created something truly special here, and fans of the horror and thriller genres will be well impressed by what they find. Genre dabblers will be drawn to the ever-deepening mystery and will further appreciate the omission of shock-horror and gross-out gore tactics. The Last House On Needless Street is an achievement which you absolutely should not sleep on, and I, for one, plan to work my way through the rest of Ward’s body of work while I eagerly await whatever she has in store next.

Read The Last House On Needless Street by Catriona Ward