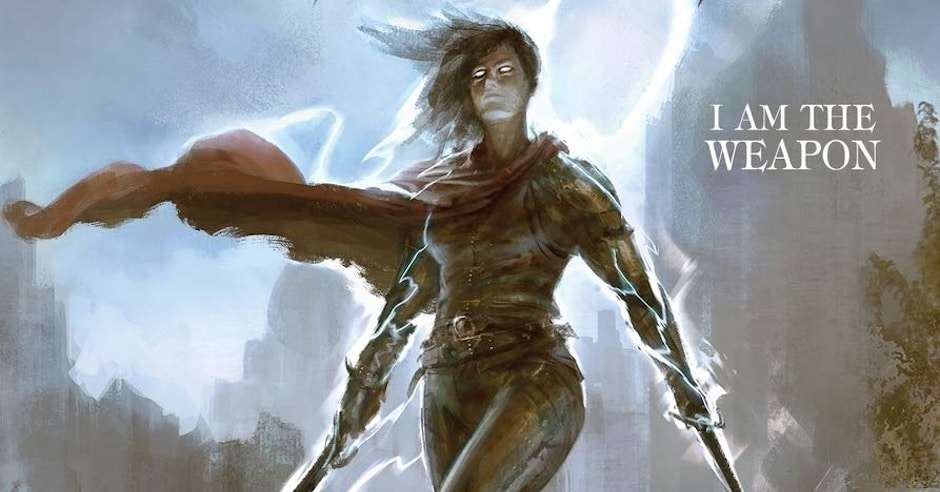 The Lessons Never Learned is Book Two of the War Eternal trilogy, that began with the fantastic Along the Razor’s Edge.

“Opinions are like children. Those who have them want them to be special, rarely realizing they are just as dumb and ugly as all the others.”

With this in mind, I’ll go forth with my review. 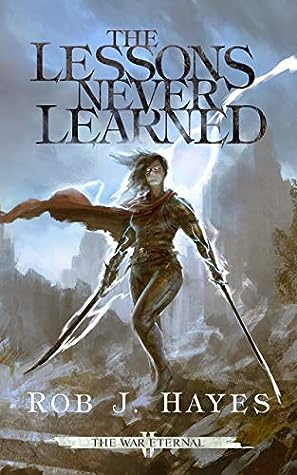 Now, before we start to worry that The Lessons Never Learned will suffer from middle-book syndrome as so many bridge novels in trilogies seem to do, let me state right here that this is not the case. I would actually compare this more to the classic Empire Strikes Back level of middle-books, the perhaps rare case where the bridge is better than the ends. I don’t know (yet) if it’s better than Book Three, but I would venture to say that if you enjoyed Book One, you will like this at least as much.

Eskara Helsene and her companions have escaped the Pit. Big spoiler for Book One, but if you’ve read this far you would have been alerted to this fact. But their problems have only just begun, as they have nothing more than the rags on their backs and a couple of Sources picked up along the way. Sources are essential to sorcerers though, of which Eska is a member. It is in fact, the “source” of their power. (See Book One for the source of this information).

Well, it isn’t much, but it’s a start. Eska has managed to escape by being clever enough and making the right alliances, getting the help she needed to make her break for it. And now she has a little link to her power with these two sources. Well, more like one as if she uses the second it’s more like to kill her, which would end this trilogy as a single novel with an afternote.

Eska’s next step is to evade recapture by the ones hunting her and her companions, Hardt and Tamura, and she discovers that she might be able to do just that by going to the floating city of Ro’shan. Not only does this city float in the sky, but it orbits the planet slowly, dropping anchor when arriving at trade cities. As luck would have it, it’s just in the path of Eska and her group. They stumble on a young thief named Imiko who can help them stowaway on the city before it moves on.

And that’s where their troubles just begin…

This novel was packed with just as much excitement and surprises as the first, moving out from the underground setting we experienced for most of the first book. We get to see the world from above, somewhat literally as Eska and her friends look down from Ro’shan. Will she be pursued by their enemies? (She will.) Will they get into even more trouble in this floating city than they were in to begin with? (They will.) And will there be lots of grimdarky violence and power switching along the way? (There will.) Finally, will Hayes kick us in the teeth a few times with unexpected twists?

This, my friends, is a Book Two of Three that would make Lucas proud. I won’t reveal who gets trapped in carbonite and hauled back to Jabba the Hutt, but this is a novel that not only bridges the trilogy in fine fashion, but makes us long for Book Three.

Luckily, we don’t have to wait three years…