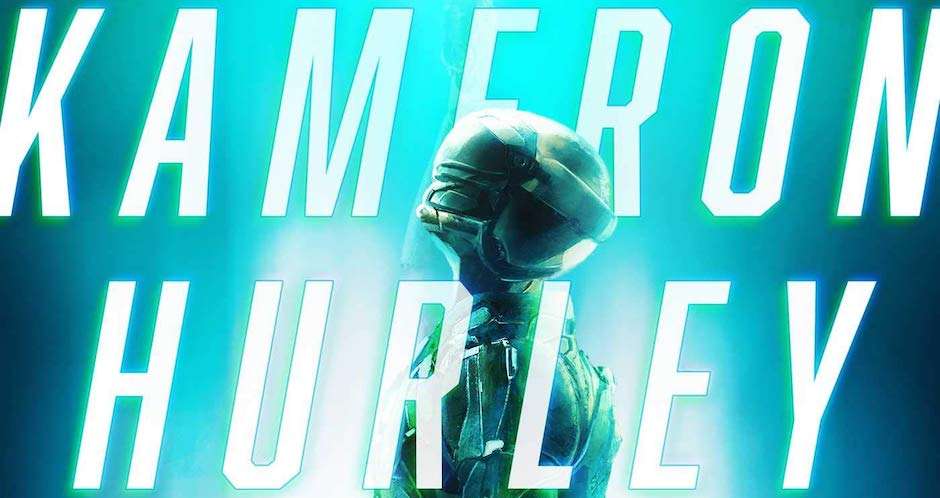 “When you drop, you burst apart like…Well, first your whole body shakes. Then every muscle gets taut and contracts, like you’re experiencing a full-body muscle spasm centered in your core. The CO says it’s like a contraction when you’re having a kid, and if that’s true, if just one is like that, then I don’t know how everybody who has a kid isn’t dead already, because that’s bullshit.

Then you vibrate, you really vibrate, because every atom in your body is being ripped apart. It’s breaking you up like in those old sci-fi shows, but it’s not quick, it’s not painless, and you’re aware of every minute of it. You don’t have a body anymore, you’re locked in.

You’re a beam of light.”

I’ve been following Kameron Hurley on Twitter for way too long to not have read any of her work, especially since I own many of her books. I think she is ridiculously intelligent and constantly makes me think with what she says. I’m happy to report that it’s not just her