REVIEW: The Light of All That Falls by James Islington 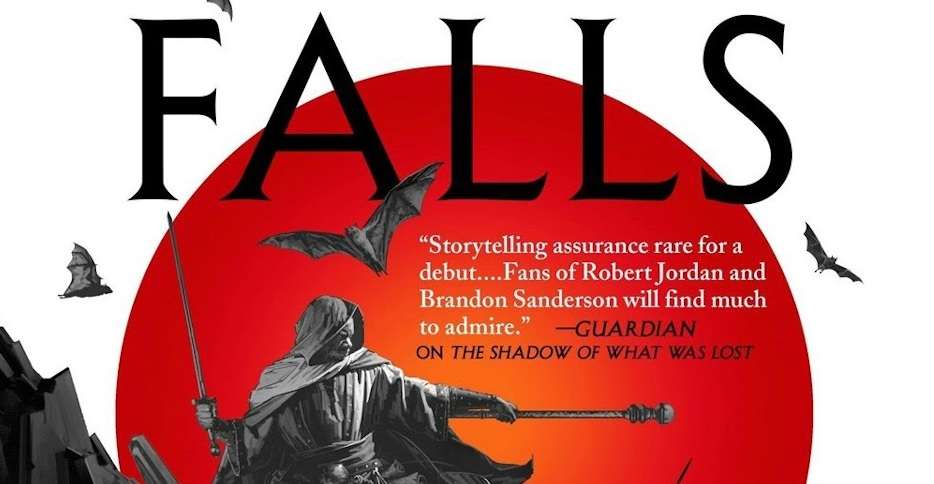 I have been looking forward to reading The Light of All That Falls ever since I finished An Echo of Things To Come and have been counting down the days until I could return to the world of Davian, Caeden, Asha and Wirr. I won’t go into too much detail here regarding the actual story as I don’t wish to spoil anything for people who haven’t started the series yet.

“Remember that your past does not define you—no matter the consequences,” he said gently. “Choice is meaningless without consequences, and a privilege we do not deserve if we will not face them. You are facing them, Tal’kamar. You have changed.” 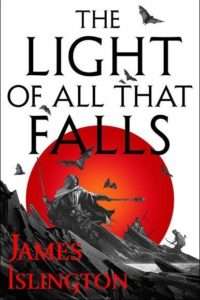 I can safely say that the final entry in The Licanius Trilogy is breathtaking and brimming with phenomenal moments throughout. It starts off with a showdown in the prologue and wraps up with one of the finest and perfectly crafted endings that I have read in a long while. One I did not see coming at all but is satisfying and wraps all the loose ends up expertly. There are quieter segments in the beginning-middle stages. All four of the point of view perspectives had a huge number of highlights and they intertwine and occasionally cross paths. It’s always excellent when the main characters meet up again. Some of these engagements take place unexpectedly and not until much later in this eight-hundred-page door-stopper.

As mentioned, it had been some time since I finished the last book and I thought it was a nice addition offered by Islington that he presents a summary of past events at the start of The Light of All That Falls. This usefully filled in the slight gaps in my knowledge and potential confusion with character names. Caeden and Davian have always been the characters I have enjoyed following the most especially with their destinies been so closely intertwined.

I believe only two years have passed since we met the ensemble for the first time in The Shadow of What Was Lost. The characters have changed so much and you wouldn’t really recognise the same three students who met at the school for the Gifted. A few of the players are extremely overpowered now – both main and supporting. In addition the magic-schemes and possibilities get much deeper, complex and enhanced throughout the overall narrative. The magic system is one of my favourites from modern fantasy although it’s sometimes confusing and scientific-like within the rules of the crafted world.

Elements included are destiny, knowing your fate, time-travel, a legendary sword, and alternate plains of existence where time doesn’t follow normal rules. It has incredibly well-depicted monstrosities such as the serpent-like Dar’Gaithin and the terrifying Al’Goriat. These often cause havoc and raise a great deal of suspense. It includes a plethora of competing factions, complex and sometimes frosty relationships, and thousands of years of past history. The trilogy also showcases a huge dramatis personae and a unique and detailed glossary of world-specific phrases. This is a useful link regarding the points mentioned above: (here) A version is also included and updated in the novel itself.

There isn’t really much left to say regarding my feelings with this trilogy and the final entry in this series that I haven’t mentioned already. It was an epic, stunning and extremely satisfying finale. The series features some of my favourite modern fantasy characters that I truly cared about and ended up loving. It’s one of my favourite trilogies from the last 5 years and the ending was perfect and completely unpredictable. It is the end of an era and I’m not sure if we will return to see these characters again. Islington does hint in his afterwards that we may return to the world and see the stories of more minor but extremely important players. I can’t wait.

Buy The Light of all that Falls