REVIEW: The Living Dead by George A. Romero and Daniel Kraus 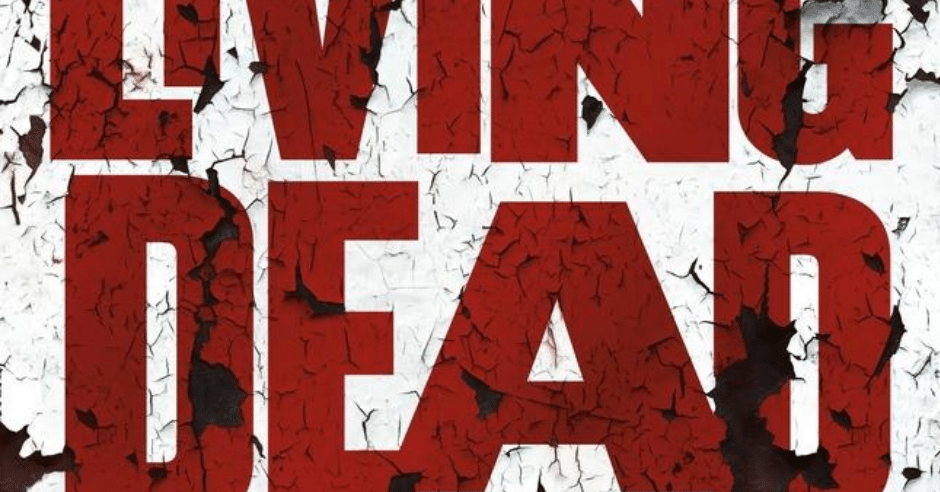 The Living Dead, George A. Romero’s newly released final work, shows why he was a legend in the horror industry. His work defined the genre and influenced the next generation of horror filmmakers, horror writers, and zombified horror lovers. We have stories like Mira Grant’s Newsflesh series, The Girl With All The Gifts by Mike Carey, and World War Z by Max Brooks because of his work. In the new generation of horror writers, zombies’ ideas have changed and grown: do they shuffle, run fast, eat your brains, or come together in a mob. 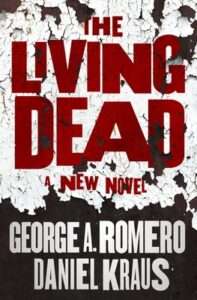 But the concept remains the same; it is man vs. the unknown or supernatural. And, zombies are just that, entirely outside of the human condition. Something is born, lives, and then dies. It is usually the natural order of things. Through Romero’s extensive zombie catalog of both screen and novels, I always feel like his primary question is, “But what if things didn’t just die but came back as other? What does that mean for society and humanity at large?” I think that is why zombies as an antagonist are such a successful thing. It goes against everything humans know and understand, and that by itself is terrifying.

“Now the vulture has eaten the dove, the wolf has eaten the lamb; the lion has devoured the sharp-horned buffalo; man has killed the lion with the arrow, with the sword, with the powder; but the Horla will make man into what we made the horse and the steer: his thing, his servant and his food, by the simple power of his will. Our woe is upon us.” —Guy de Maupassant, The Horla

Sadly, Romero did not live to see his final work finished and published. It was picked up by best selling author Daniel Kraus to pull together from the existing writing and notes and complete the task. Not a small job to be sure with its size and gravitas. With Kraus’s writing skill, The Living Dead turned into an amalgamation of both their voices that complemented each other and melded into a strong narrative.

The book begins with an outbreak of a sort on 11/23. We do not get the why of things or much of a “before.” We start with the descent into societal chaos and madness where the dead have begun fighting their body bags like a moth battles its chrysalis. It is a terrifying visual. In one of the first scenes, a morgue where two forensic scientists are working on a recently deceased John Doe. The scientists, Luis and Charleen, are startled when the partially flayed body throws itself off the medical examining table and slowly begins dragging its body toward Luis.

“The dull light that had animated John Doe’s white eyes dimmed. The body sagged to the floor, limp as a steak, except for the head, which was still noosed in computer cables. Bloody drool, the last thing John Doe would ever offer, skimmed down a power cord.”

As if these risings are led by a conductor, hell is breaking loose all across the world, and bodies are rising at once. Screams are heard. Cars are crashing. The dead are rising, with only one hunger, and that is for humans flesh.

Structure wise, The Living Dead is a series of character vignettes. Each character has what amounts to a short story about their initial experiences with the zombie rising. Some are longer than others, but mostly we get an in-depth look into these character’s reactions. But, I spent a lot of time when reading this mammoth of a book attempting to figure out why all these characters were necessary. Don’t get me wrong; there are many interesting characters we learn a lot about. For instance, we have Greer, an African American high school student living in a trailer park. Ghouls trap her in the trailer and try to eat her. We have Chuck Corso, a vain journalist, stuck in a newsroom trying to get the news out for as long as possible. We learn why he is arrogant and how that vanity played out in his life pre-zombies. He goes through an epiphany at the newsdesk, realizing that narcissism is not as important as information. And, my favorite scenes take place on an aircraft carrier. You could imagine what that looks like—the dead wreaking havoc on a floating city.

There are more essential viewpoints scattered throughout the book. Some are long and some just a few pages—all designed to paint a grim picture of humanity’s final days. However, one of the quibbles I have with this story is that even though we have multiple viewpoints and over a 15-year timeframe, none of it felt cohesive. Why are we reading about this character? Why is this character’s experience highlighted, and what part do they play in the grand scheme of things? There are obvious similarities to Stephen King’s The Stand. Both are character-heavy end of the world type stories. Both start with character vignettes. But, where The Living Dead goes from the apocalypse, a sharp demarcation line, and then 15 years later, The Stand incorporates each character’s journey in meeting the other ones on a destination to the end of the story. There is a solid middle of that story, and this middle solidified why these characters are essential and what role they play. The Living Dead does not do that, not really, and I found that to be a missed opportunity and would have increased the story’s cohesion.

That being said, The Living Dead does make some small attempts at showing some of the story’s middles and how the characters got from point A to point Z. This is done in the form of interviews written and kept for posterity. The interviews attempt to fill in the blanks, but it didn’t explain many the whys? Why did everyone end up where they did? Maybe the middle wasn’t necessary for this narrative because it was a lot of darkness and struggle. The authors tried to explain how everything happened, but I never felt like that was very clear, and I am still not sure. I don’t completely understand how the zombie plague occurred.

Another quibble I have is that this book is overly long. The detail that Kraus and Romero put in is both enjoyable and, at times, wholly unnecessary. Again, we get to the question of why. I have thoughts on why this may have happened. A lot of this novel is written from notes from Romero. Maybe, Kraus wanted to use EVERYTHING that Romero had written. I am not saying that the pacing was off or anything because of its length. The Living Dead kept up breakneck pacing through much of the book. But it was a lot of breakneck pacing, and after the first 500 pages or so, it got a bit exhausting.

Even with both of the quibbles, it was still an exciting and well-written zombie book. It is a perfect farewell from the horror master, George Romero, and undoubtedly will become part of the zombie enthusiast’s lexicon. It is right up there with other zombie titles. Kraus did a solid job distilling Romero’s ideas and breaking them into usable parts, even if those parts were numerous and vast. It has the same flair as many of Romero’s movies, but we have a deeper understanding of the characters with its character-focused writing. More then we could ever have from a two-hour film. All in all, The Living Dead is a celebration of Romero and his influence on modern horror, and we horror enthusiasts are better for having this book in the world.

Thank you for everything, George. We will miss you.

Read The Living Dead by George A. Romero and Daniel Kraus