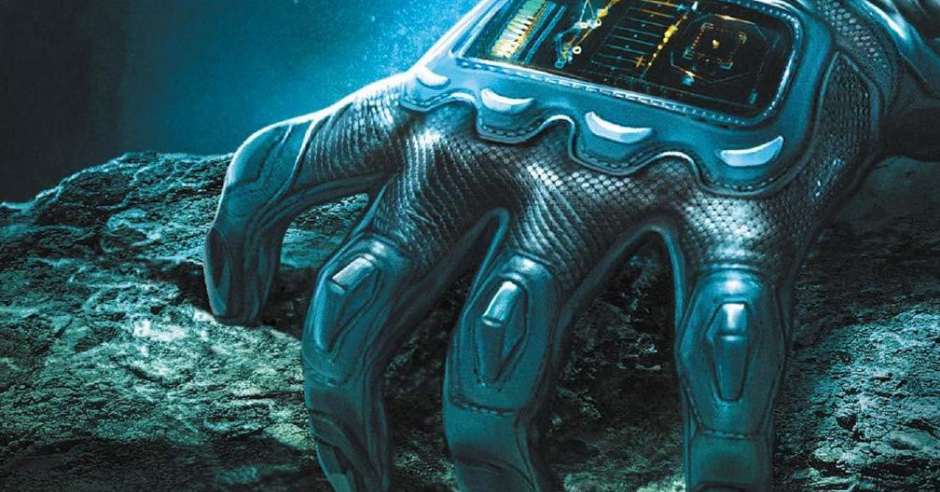 The Luminous Dead by Caitlin Starling is a claustrophobic hybrid of horror and science fiction. 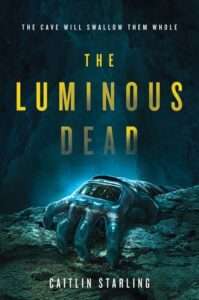 On an impoverished mining planet with no hope for a better life, Gyre Price decides to fake her credentials and act as if she is an experienced miner. Mining in The Luminous Dead must go down alone in robotic exosuits. Being alone is the only way to prevent attacks from Tunnelers, an undescribed alien life form that inhabits the caves of this planet.

Gyre gets hired for a huge payout to explore some of the deep tunnels beneath the planet. Most mining consortiums do this to discover ore deposits, but the one Gyre is working in is being more secretive about their reasons.

Gyre has grown up on this planet, and knows about the caves, but she’s never been bound into an exosuit which controls all of her bodily functions before while doing it.

The Luminous Dead takes place entirely in these tunnels. What’s more, there are no other characters in the tunnel besides Gyre. Multiple people seem to draw the attention of an undescribed alien life form known as a Tunneler, while lone people seem able to traverse the mines with far more success. The reason for why Tunnelers attack groups but not solitary miners is left as a mystery for most of the novel, but the explanation given at the end is the only logical one.

She does have constant communication with Em, her handler, who communicates to her through her exosuit. Em is the one paying her to explore, and while most mining consortiums have teams working on these situations, Em works alone.

This lack of other characters adds considerably to the sense of claustrophobia. Everything Gyre needs, she is reliant upon Em for. Outside of memories and past recordings, they are the only characters in the novel.

Em starts off as a harsh taskmaster, speaking only when needed and doing what she needs to so she can manipulate Gyre. As the book progresses, much of that fades away and what remains is a much more benevolent and sympathetic character. The two continue to clash through the book, but it’s a clash of co-dependency rather than a clash of enemies. This still adds to the tension, but in a far different manner.

Caitlin Starling, in writing the book, clearly had a choice. If Em had remained as she was early on, the book would certainly have been tenser, but it likely also would have felt too miserable, and there’d be little reason to hope. The Luminous Dead traded some tension for more dynamic characterization.

“She needed Em out of her suit, her display, her head. It was like Em lived there now, deep in the recesses, in the folds and valleys of gray matter, a voice running shotgun in her brain.”

The book’s action sequences are entirely environmental, and most of the threat comes from the dangers of the cave, fast-moving rivers, running out of food (or worse, the exosuit batteries) or the Tunnelers. Starling has a great knack for these sequences.

Despite its claustrophobic nature and horror elements, the book eschews the more obvious forms of horror. There’s little gore, and it is entirely in service to the story; it never stands out as gratuitous. Starling prefers a more psychological horror, one where Gyre cannot tell if she should trust her own senses, those of Em, or those of her exosuit, when they often disagree.

The Luminous Dead is a strong, assured novel of survival in harsh conditions.