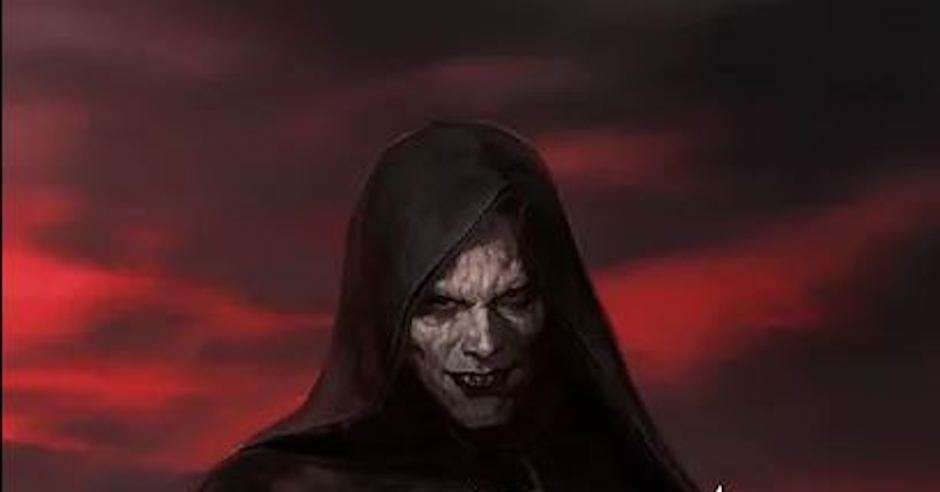 A war is coming and the ultimate weapon has been forged. Trinkets endowed with the strength and power to rival godhood has been discovered, but the battle over them will be deadly. Graphic and vile, The Mad Trinkets by Cameron Scott Kirk is bloated with violence. 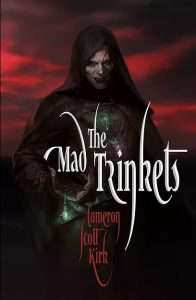 The Mad Trinkets primarily follows the exploits of the trinket bearers. Tristan Drogos de Merlon is hellbent on ruling the land of White Cloud and beyond. Blinded by his need for revenge and the trinket’s power, Tristan seeks to destroy the lesser kings. Rebecca Occitane dons her father’s trinket and seeks retribution after her father’s brutal murder. Throughout the novel, we are given the perspective of more trinket bearers and their companions. Each of them fueled by a unique set of motivations and desires ranging from heroic, but mostly wretched.

The Mad Trinkets is hypermasculine and ultraviolent. This novel does not shy away from acts of war and the doings of depraved men. This is further amplified due to the trinket’s ability to further corrupt already deranged characters into something truly inhumane. The trinkets are fashioned into obvious shapes reflecting its power. The most notable and reoccurring trinket is the phallus. This novel is defiantly grim and unapologetic with its rampant amount of rape and murder.

Cameron Scott Kirk packs a lot in his deceptively average sized fantasy novel. With so many characters, Kirk is precise on what each chapter contains. A reader will not find excessive descriptions of cities or lengthy internal dialogue in his novel. Some important events are even left entirely to the readers imagination. I felt certain characters deserved more attention.

Despite having written more male characters for The Mad Trinkets, Kirk excelled most when writing from a female perspective. His women characters were more complex and balanced, though given less page time. I wanted more from Brynhild Grimsdotter and Amal Muna.

Kirk’s prose and method of storytelling is unique. In some chapters, it was difficult to immediately grasp the point of view. This was purposeful, a stylistic choice to amplify mystery and unpredictability. His sentence structure is not conventional. His use of commas creates a splicing effect. It could be a deterrent to some readers.