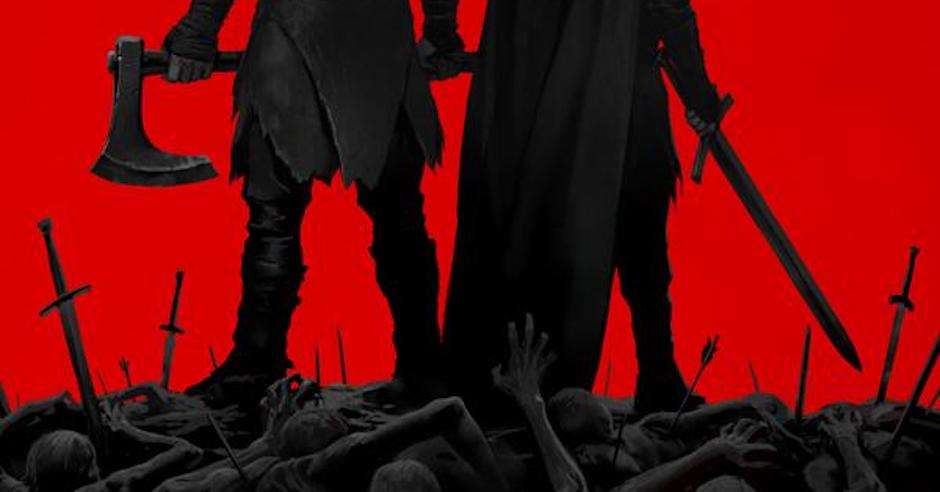 Mark Lawrence’s latest novelette The New World can be found in the Grim Oak Press Red Queen’s War omnibus edition, and features fan favourites Jalan and Snorri as they venture to a far off land to bring the natives religion—or so you’re led the think. As with everything Jalan does, it’s a little bit being pushed into something he doesn’t want to do (due to him doing something or someone he shouldn’t have done), and a little bit pretending it was his idea all along. 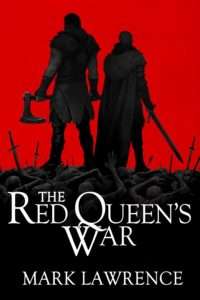 In this short piece set after the brilliant Red Queen’s War trilogy (Prince of Fools, The Liar’s Key, and Wheel of Osheim), Lawrence has our two favourite mates on a ship under the stern eye of the ship’s captain (there to make sure they make the dangerous Atlantis crossing) and a church matron (there to make sure Jalan does his holy job, while his pants stay on). Some friends you’ll remember join Jalan and Snorri, and as the ship leaves the dock and takes us into the adventure of the high seas, we swiftly find out all is not what it seems.

As always, reading a Mark Lawrence story is like drinking a really good stout—the writing is smooth and silky, the pages fly by as you get wrapped up in the story and forget the world around you, and the twists just keep you thirsting for more. Lawrence is one of my favourite short form writers, with his Red Kent story Bad Seed still pretty much my favourite of all time. He has a knack of never wasting words, of hooking you from the first line, and dragging you to the last page faster than you could have imagined.

He is on form with this story, as always. He’s like the Mike Hussey of fantasy fiction. His depiction of the rolling seas, the crew of questionable (at best) characters, a particularly vicious First Mate, the banter between Jalan and Snorri, and of course that internal Jalan monologue we all love, is there in spades. There’s action, twists, a snifter of ancient tech that makes the world of The Broken Empire so much fun, and an almost Treasure Island setup feel for what this book could have been if it had been worked into a novel. I, for one, was certainly shaking my fist across the the seas at Lawrence that we didn’t get more!

For fans who grab the Grim Oak edition, The New World will be a fun addition to your Red Queen’s War reading experience.

Head on over to the Grim Oak Press web store.