REVIEW: The Nine by Terry Cloutier 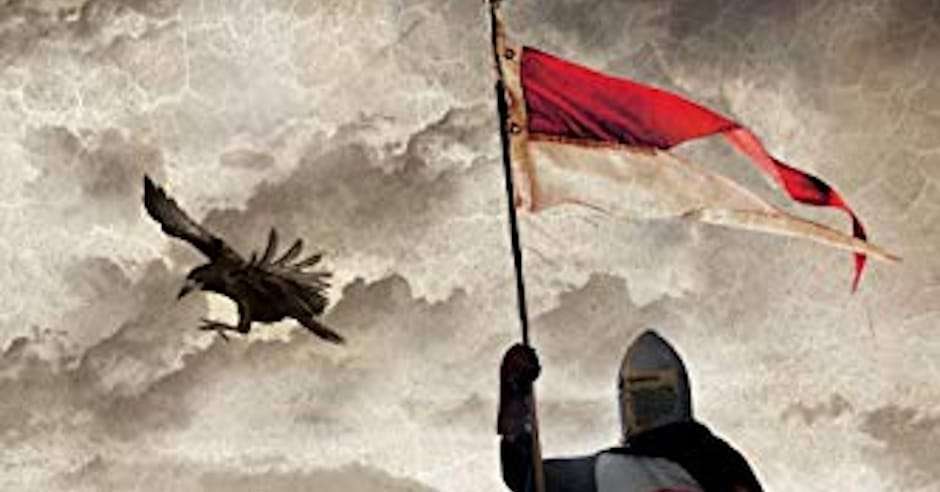 They say that you should never judge a book by its cover. Yet that’s the precise reason why I picked up The Nine by indie Canadian novelist Terry Cloutier. The title is also reminiscent of Joe Abercrombie’s Bloody-Nine and after reading the many favourable Goodreads reviews I thought I’d give it a shot. 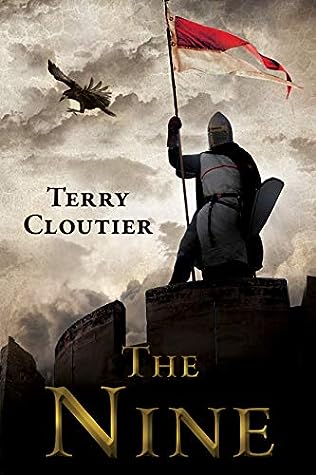 The Nine is a revenge romp, narrated by a dirt-poor peasant boy named Hadrack. As if being named Hadrack isn’t bad enough, the boy grows up in the school of hard knocks, losing his mother and two brothers at an early age. Hadrack also proceeds to lose his remaining family when nine henchmen of the local Lord Corwick put the inhabitants of his tiny village to the sword.

The poor little wretch is the sole survivor of this massacre and barely escapes it with his life before swearing vengeance upon the nine men who razed his village. However he soon finds himself eating roots and bugs in the wild instead. This miserable plight cannot last forever, so that our Hadrack soon finds himself drugged by a wandering pair of nasty slavers who sell him off to the unscrupulous master of a deep quarry which bears the inviting nickname of ‘Father’s Arse’. Hadrack spends years toiling deep in the earth, where he befriends a veteran soldier named Jebido and a runt named Baine. Jebido has all the smarts which Hadrack lacks and also spends years teaching the boy swordsmanship. His martial ability soon rubs off on the growing lad, who blossoms into a cold-hearted killer just to survive his hostile surrounds.

This should all prove satisfyingly bleak and grim fare for Grimdark fans, until the narrative unexpectedly pivots when the quarry is raided by the dreaded Piths. Previously referred to in passing as a bunch of savage Southrons, Cloutier’s evil and delightfully amoral Piths spark the novel back into life, mainly through the introduction of their salacious womenfolk. We’re also introduced to their twinkly eyed and rascally leader named Einhard, whose appearance introduces some desperately needed charisma and personality to the narrative.

The Piths are everything that the stoic, principled and monogamous Gandermen are not, with each one of them in non-monogamous relationships and shunning honest, miserable toil for the swift benefits of good old plunder. After assisting them to vanquish his Gander captors, Hadrack and friends join Einhard’s band, so that suddenly the whole scene is set for a fightback against the Gandermen and the naughty nine who wiped out Hadrack’s village.

However this is not before the Piths set about punishing their Gander prisoners from the quarry, which include the evil quarrymaster. The latter’s wife is subjected to a wicked punishment that will linger long in the memory. No pain is inflicted upon the poor woman, yet suffice to say that she is soon left feeling utterly winded from her exertions that leave a bunch of Pith warriors feeling very satisfied. In the days that follow, Hadrack proceeds to kill as many Gandermen as he can, when he’s not bedding Pith women who like him as much as he likes them. Einhard’s reasons for signing up Hadrack and his friends to his cause soon become apparent, when he eventually orders them to pose as Gander soldiers and help him take two enemy gatehouses.

Revenge romps are ten a penny and I think that it’s hard to keep them fresh and interesting if they don’t include some vivid new setting and engaging character development. Cloutier tries his best by entwining Hadrack’s desire for vengeance with what is essentially a carefully crafted Bildungsroman. The author can also evoke the odd poignant scene, like the one in which Hadrack’s father is killed. He also patiently describes his protagonist’s development down in the quarry, so that Hadrack’s evolution into a dangerous killer is plausible.

Especially since Cloutier spins his yarn using the first person past, a tense possessed of the usual advantages and disadvantages. For although we can see and smell Hadrack’s journey through his own eyes and ears, we are unable to enter the craniums of other characters. This perhaps makes the first half of the novel a bit drier than it should have been. That said, Cloutier’s name choices are solid enough, allowing him to present a credible world without many frills, which is inhabited by two cultures that are all too reminiscent of the medieval God-fearing feudal Europeans and the pagan raiding Viking parties. However this can often feel restrictive and the book could have used a third culture.

This is particularly so, since there is no magic or sorcery to add spice to what is a dirt-bound, grim fantasy world with bushwhacking and sword-swinging outbreaks of murderous violence thrown in for good measure. Cliffhangers and deus ex machina moments abound, which is to be expected in this kind of action adventure. The dialogue throughout is not overcooked, which is a common failing amongst even the most popular fantasy authors out there.

So all in all The Nine is a solid 3/5. Mainly due to the love and effort that Terry Cloutier put into this book, as well as his delightfully filthy Pith women who might yet tempt me to pick up its sequel The Wolf At Large.

Buy The Nine by Terry Cloutier