REVIEW: The Pariah by Anthony Ryan 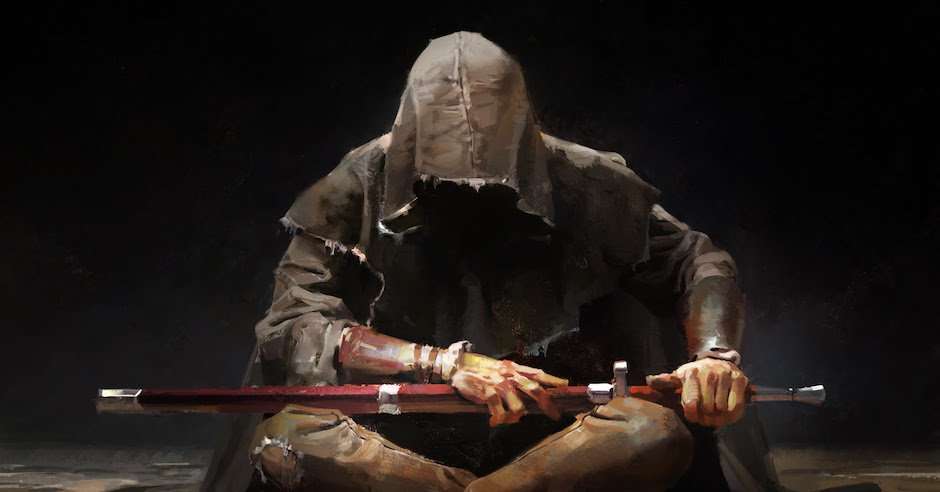 The Pariah is Anthony Ryan’s latest novel and the first in the new The Covenant of Steel series. This fantasy trilogy opener kicks the series off in style and leaves readers begging for the sequel. Following the adventures of outlaw Alwyn Scribe, The Pariah begins with the quick-witted young man following the charismatic Deckin Scarl, outlaw leader and bastard son of a Duke. The tale is told from Alwyn’s perspective as he fights to stay alive through bloody betrayal, torture and imprisonment. 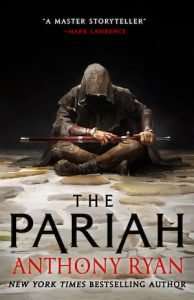 Many grimdark fans will be well aware of Ryan’s previous work (Blood Song, The Empire of Ashes). With morally grey characters doing what they can to survive through a harsh world at war, The Pariah thrives in darkness as Alwyn is forced to endure various difficulties as he flees the life he has grown used to and ends up having to work his way up from the bottom with only his wits and few fellow survivors with nothing to lose. A war for the throne gives a bloody backdrop to Alwyn’s life as a Robin Hood-like outlaw, living in the forest until a shocking betrayal leads to the deaths of characters I had already grown to enjoy. This catapults the story forwards and from here, the story is relentless with its pacing and delightful in its darkness.

It is Ryan’s intelligent prose that makes The Pariah such a joy to read amongst all the bleak, grim, despairing harshness of this war-torn world. From the very beginning, it is shown to readers that Alwyn will rise to be more than a mere outlaw sneaking around the forest and that he will become bloodier than the pretender to the throne and more monstrous. This promise is always at the back of the reader’s mind as Alwyn tells of his life with the bias of an unreliable narrator, often coming across as the wronged party always fighting for justice, even the dark justice of a man raised as an outlaw from a young age. It creates a tension to the story that runs throughout as the reader waits for the promise of the bloody Alwyn to come alive and rise from the depths of his literal and metaphorical darkness.

The characters in The Pariah all feel fully formed and of use to the story. There are no wasted moments and passing characters early on are sometimes seen to have a big impact on Alwyn’s life later in the story. This makes The Pariah an exciting book to re-read and pick up on all the earlier hints that Ryan drops in leading to greater events towards the end of the story. The tough but loyal Brewer was one such character that I enjoyed whenever he was on the page, reminding me of Gunner Broad from Joe Abercrombie’s A Little Hatred. Elements of magic are dotted throughout The Pariah, sprinkled in and in no way overwhelming. This light touch of magic makes characters like the Sack Witch and the terrifying Chainsman stand out from the crowd and adds weight to all scenes they show up in.

The Pariah is Anthony Ryan at his best. A fast-paced, brutal fantasy novel with larger than life characters and a plot full of intrigue and suspense. With bloody twists and turns aplenty, this novel is destined to become a favourite of the grimdark community.

Read The Pariah by Anthony Ryan