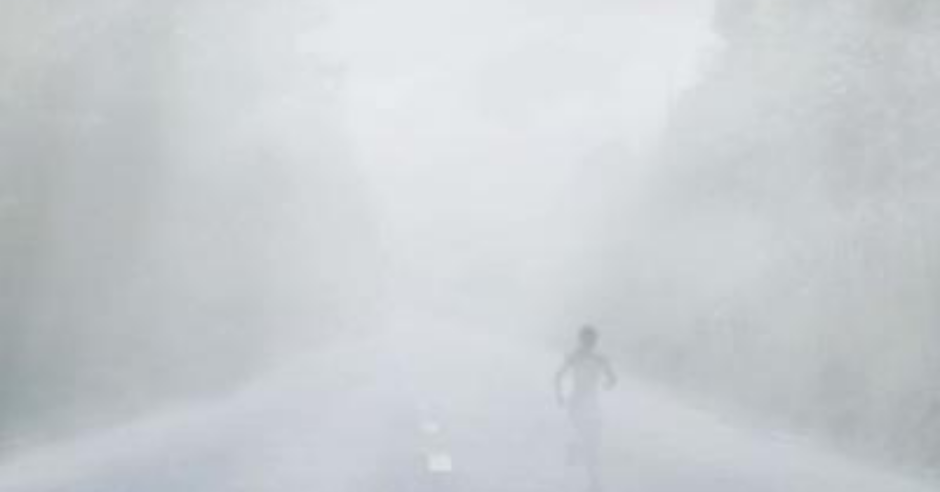 The Post by Kevin A. Munoz is a strange and brutal tale. Often dark to the point of being physically unnerving and bulging with well-crafted battles between the main character, Police Chief Sam Edison of the Little Five, and hollow-heads, unkillable cannibals no longer capable of higher thought. All within the context of a small struggling community fighting to make a home again after an apocalypse of illness and destruction ten years prior. 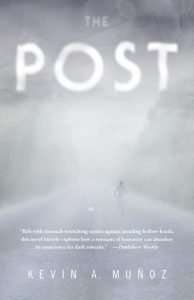 The Post revolves around our main protagonist, Police Chief Sam Edison. A once upon a time coast guard captain has fallen into the role of the Police chief and leader of a small community called Little Five. Sam struggles daily with memories of the past and the death of Sam’s wife and daughter. Edison continually attempts to atone for deaths that were no one’s fault and spends much of the novel recriminating herself. This causes a compulsive need to protect the innocent, much to the detriment of those around him. Two strangers arrive at the fence of Little Five, hoping for assistance. One of the strangers happened to be a young, pregnant, and abused young lady. They are promptly murdered within days of arriving. They were killed to protect a secret. To make matters worse, the beloved stepdaughter of the mayor is kidnaped. Sam feels compelled to right this wrong, find Phoebe, and bring justice upon those who hurt young women.

At this point, the primary basis of The Post has been laid, and the pace of the novel picks up. We are treated to battle after well-crafted battle between Hollow-Heads, gunmen, and town traitors on Sam’s quest to rescue Phoebe. The reader has a choice at this point, either cheer for Sam or scratch their heads at Sam’s misguided stubborn refusal to abandon this quest. It is the weight of one innocent’s death versus the death of many. That in itself adds to the horror and pacing of the story. I know that I often wondered at Sam’s motivations and the motives of supporting characters that assisted Sam in his endeavors. This usually broke the suspended disbelief of the story for me.

Another quibble I have in an otherwise excellent piece of writing is the use of two plagues. One a strange catch-all cannibal creating disease that has affected the population at large. The other is vague allusions to oil going bad about the same time as the cannibal creating illness. The fuel going bad sets up plot points further into the story, but I found it unnecessary and even distracting. If facing an apocalyptic scenario, oil would go bad and become scarce as a matter of course. No people means no oil refineries. Bio-diesel would become a tradeable and necessary resource for a community to thrive.

One thing that Muñoz does exceptionally well is creating a believable apocalyptic world, aside from my minor quibbles about oil. He makes a setting in which the town, Little Five, is surviving and in some ways flourishing, but never for a moment is it forgotten how close to the edge of destruction they are. It is believable in many of the ways that most apocalyptic scenario stories are not.

The ending is a bit messy and less satisfying than I would like, but I will leave that to you readers to find out for yourself. All in all, this is a reasonably enjoyable read, a bit confusing at times and head-scratching, but still gratifying. If you are a fan of “The Walking Dead” and “A Walk Amongst the Tombstones” by Lawrence Block, I think you will enjoy this.