REVIEW: The Priory of the Orange Tree by Samantha Shannon 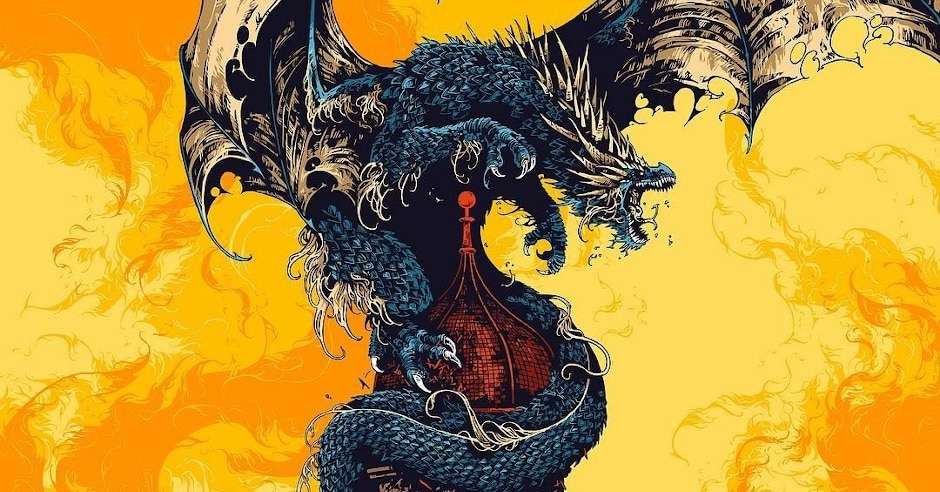 The Priory of the Orange Tree is an epic fantasy jewel of a novel. It features terrific characters, stunning set-pieces and a brilliantly crafted grand and picturesque world.

Throughout this tale, we follow four distinctive point of view perspectives. In the East, the storytellers are Tané – an orphan who is training to join the High Sea Guard, and Niclays – an exiled alchemist. In the West, the narrative is presented by Ead – a handmaiden to Queen Sabran the IX, and Loth – a lord and close friend of the Queen. The characters are well-crafted and I cared about all of them, even though Niclays is a scumbag sometimes. I spent about ten days reading The Priory of the Orange Tree so I developed a natural affinity to the main players. The standout characters are the main three women of the novel. Ead, Tané and Sabran. They are complex, extremely well developed and strong-willed throughout even in times of despair and heartache. Occasionally the main male characters seemed a tad bland compared and my favourite passages to read were those presented by Ead and Tané.

Shannon’s fantasy world is divided. The West and the East have different customs, religions, histories, and fables. It is illegal for anyone from the West to enter the East and all outsiders are believed to have a plague and are executed. The only common view they share is the hatred of the Nameless One and his draconic horde. The fire-breathers. The Nameless One was banished almost a thousand years ago yet his time of slumber is nearly at an end. In anticipation, his army is garnering their strength and resources which will lead to the seemingly inevitable destruction of all who stand in his way.

The Priory of the Orange Tree is incredibly detailed, neatly composed and has more stunning set-pieces, outstanding moments and unexpected twists that most epic fantasy trilogies. The novel includes many fantasy elements or tropes but all seems well worked. It features a fabled named sword, magical jewels, a sisterhood of mages, talking animals, and the already-mentioned dragons. In addition to the fire-breathers including the Nameless One and his army, there are also the Eastern Dragons. These Dragons are of wind and water, live peacefully alongside humans and are revered by them as being living Gods.

“The dragons watched her. It was said they could see the deepest secrets of a soul, for human beings were made of water, and all water was theirs.”

Although a lengthy, doorstopper-sized 848 pages, it seems like occasionally Shannon tried to fit too much into a single novel. Sometimes certain events felt rushed. For example, in the time it took me to read a ten-minute chapter, a character had travelled a quarter of the length of the world. Also, some of the characters meeting and randomly crossing paths is too far-fetched and unbelievably convenient. These aspects didn’t really affect my enjoyment to any great degree other than an occasional eye-rolling moment. Due to the length of the novel this also very occasionally felt like a slog for slower-burning chapters but this emotion wasn’t felt too often.

The characters travel throughout huge proportions of the world. Especially Loth and Ead who seem to venture all over the place. I’m not sure if Shannon is intending to return here to write again but it would seem a waste if she didn’t as it is exceptionally well realised. The two maps the novel features are beautiful too.

There were many standout moments here. One point at approximately 75% blew my mind and I did not see it coming at all. The finale was action-packed, truly epic and brought all the stories together expertly. During the last hundred pages, I was completely attached to the characters and engrossed in the tale. At this point, I was reading slower than normal and truly savouring all that was happening and contemplating what was due to come. I was sad The Priory of the Orange Tree came to an end but was content with the outcomes of all those involved. Some of these scenes will stay in my mind for a while, one, in particular, is the scene that the amazing cover art depicts. The Prior of the Orange Tree should be read by all fans of epic fantasy.

Buy The Priory of the Orange Tree by Samantha Shannon