REVIEW: The Pyres by Dylan Doose 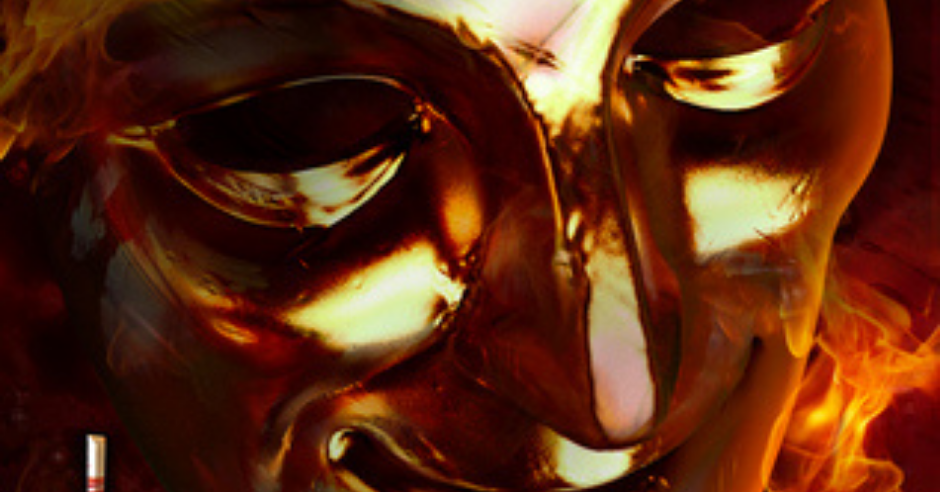 The Pyres is the third book in the Sword and Sorcery series by Dylan Doose. All is not well in the war-ridden kingdom of Romaria, and Theron, Kendrick, and Aldous must find a way to once again save the world from the machinations of the evil organization Leviathan. This review contains spoilers for the first two books in the series. 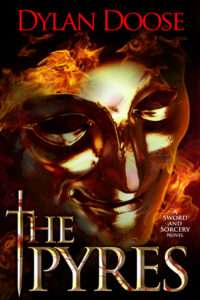 The Catacombs of Time review

The Pyres picks up a little over a year from where Fire and Sword left off, with our three protagonists a bit more battered and a lot more jaded. Though they successfully saved Brynth from total destruction by defeating the witch who created the Rata Plaga, the team’s fight to save the world isn’t over yet. They take up a contract in Romaria and become embroiled in the midst of a religious civil war. The trio is still reeling from their losses: Theron an eye and his sister, Kendrick a hand, and Aldous his first love.

Set at a breakneck pace, the novel takes place over the course of a very bloody 24 hours. The Pyres is arguably even more steeped in blood, guts, and ultra-violence than the previous two works. Doose vividly introduces new kinds of monsters, each more horrifying than the last, and the human monsters that could be even worse.

The Sword and Sorcery series has a similar atmosphere to Netflix’s Castlevania that expanded on the classic video game’s mythos. Fans of Castlevania will likely enjoy The Pyres. Unceasing fight scenes with bigger and badder bosses create an experience akin to a playthrough of a video game.

Doose employs an almost-hyperbolic level of grim darkness in his choice of language. Stones aren’t just grey-black, they’re the “grey-black of broken souls”. Wind doesn’t just howl, it howls “with the sorrowful moan of the endless dead.” Implausibly, the characters often have conversations with each other in the midst of cacophonous battle. Doose is a big fan of cheesy alliterative nicknames: Kendrick the Cold, Corvas the Cruel, Chevic the Cheery. When taken together, these immoderate elements add up to a reading experience that is often eye-rolling.

The Pyres is strongest in the quiet scenes between the three heroes and in the (few) chapters following new character Dammar. rather than constant action, more character development and a deeper focus on Dammar’s conflicts and path to vengeance would have strengthened the narrative immensely. Dammar, named for a forest god, was born of a pagan mother and a powerful religious figure in the Church of the Luminescent. As written, Dammar serves primarily as a final boss battle to the three protagonists rather than as a unique character with complex motivations.

Dammar is  is coded as a queer character, but is never really allowed to be queer. Dammar’s love interest is briefly introduced, kissed once, and then burned to death in the titular Pyres. The death serves as a primary impetus for Dammar’s revenge against the Church of the Luminescent. Doose may have been striving for a memorable scene like ASOIAF’s beheading of Ned Stark and Arya’s subsequent promise of blood, but there’s just not enough character development in The Pyres to make the moment feel earned.

The rest of the novel is readable, but unmemorable. Dr. De’Brouillard from Catacombs of Time makes a disappointingly brief cameo. Familiar tropes and storylines aren’t subverted. This book does not honor the moral ambiguities that make the grimdark genre so compelling. It’s primarily blood and guts. Most of the bad guys are one dimensional. Religion=bad. The Church of the Luminescent and the pagan forest god and his followers are both complicit in murder, rape, and violence and have little to no redeeming or interesting qualities. The unsubtle climax of the novel, which involves sexual coercion, forced feminization, daddy issues, and demonic childbirth, appears to be written simply for shock value and has little literary merit. Unfortunately, rather than that comfortingly enjoyable feeling of familiarity evoked by Fire and Sword, The Pyres falls deeply into cliche and cringe.

Though the next book in the series follows an entirely new cast of characters, there is little desire to read it due to the disappointments of The Pyres.

Read The Pyres by Dylan Doose