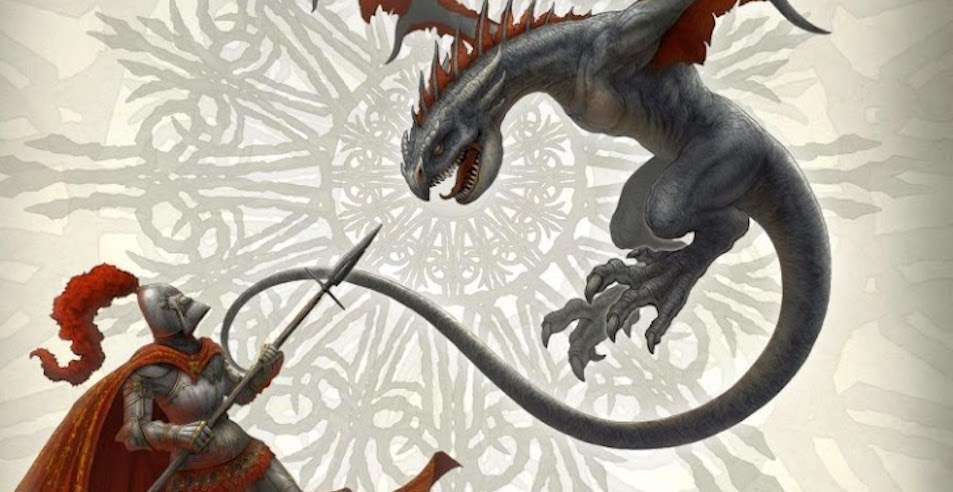 The Red Knight was the first fantasy book I have read (listened to) by author Miles Cameron. I had read his entire Chivalry series (one of my favourite series), which is some of his historical work under the name Christian Cameron. There are similarities between Chivalry and The Red Knight, being set in a late medieval land filled with awesome sword fights, epic battles, a vast display of medieval knowledge and authentic grit.

“Listen up, then. Evil is a choice. It is a choice. Doing the wicked thing is the easy way out, and it is habit forming. I’ve done it.” 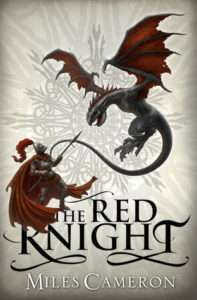 The Red Knight has Wyverns. And Boglins. And Irks and many other forms of creatures part of the ‘Wyld’. Although it has a feel similar to his medieval writing, it also had it’s own completely fantastical feel, with added world-building that displays hours and hours of thought and planning into. The world The Red Knight is based is ripe with life, mercenary companies, foreign knights, courtly competition and a convent of nuns.

“To the captain, piety came in three brands—false piety, hypocritical piety, and hard won, deep and genuine piety. He fancied that he could tell them apart.”

The book begins with a fast pace and it carried that on for over 600 pages (30 hours of audible). Though, through all of the action set-pieces, battles, confrontations and duels there are plenty of opportunities to get to know each character and voice. This book has multiple POVs, some used more than others and it does take a little bit of time to adjust to the style. But from the first meeting with The Captain, I felt hooked.

The description of medieval inspired villages and lives is fantastic. Miles Cameron definitely brings his experience of re-enactment with him to make the reader understand the clothing of the period, weapon details, horse-riding and what it really feels to be in a battle. It is in these moments that the characters show thier uniqueness, and through that display Cameron’s character’s developments.

“His sword took the nearest neatly, because killing fleeing infantryman was an essential part of knightly training, taken for granted, like courage.”

The Captain is a fantastic character, full of humour and humility as well as martial prowess that I personally love to read about. Members of his company standout, like Bad Tom and Sauce, and I really enjoyed Michael’s parts. They all had moments of joy, sadness, anger and blood-lust. They all felt real. There were characters I could empathise with, and character’s I grew to detest, not mentioning any names… certainly no French knights…No.

5/5 – I cannot recommend this book enough. If you take a while to adjust to the multiple POVs at the beginning, then keep going, You won’t regret it. I look forward to delving deeper into the Traitor Son Cycle. Read it!