REVIEW: The Resurrectionist of Caligo by Wendy Trimboli and Alicia Zaloga 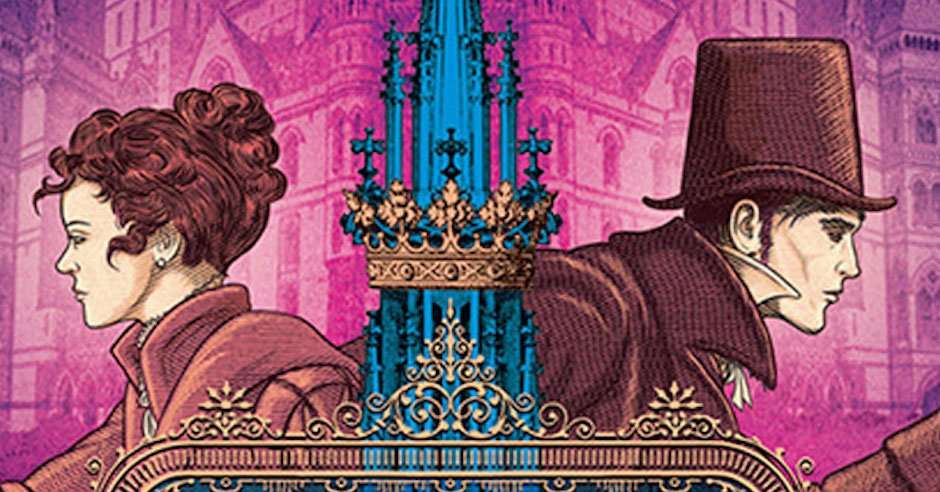 The Resurrectionist of Caligo is a rollicking fantasy filled with a little bit of blood and a whole lot of adventure and intrigue. The book (which has Victorian mystery vibes) follows, Roger, a wanna-be surgeon who earns a little extra on the side by virtue of his willingness to liberate a cadaver or two from the local cemetery- all for the sake of science, of course. Unfortunately for Roger (but fortunately for the reader), he picks the wrong cadaver and finds himself accused of murdering, not just one, but several women. Things are looking grim for Roger, but he is saved from the noose by his childhood sweetheart, who binds him to her in a magical ritual, proof that “things can always get worse”. 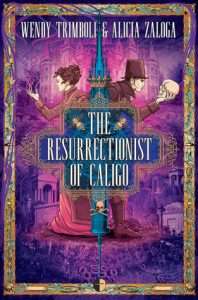 Sibylla, Roger’s childhood crush, also happens to be royalty. In The Resurrectionist of Caligo, royal blood is proven by the magic that all royalty possesses. I love the magic in this book! It is so very different. I am used to magic that can blast open doors or make someone float. Sibylla’s magic is slightly less…flashy. She has ink that flows from under her fingertips, useful when one needs to write a letter, but an author needs to be creative for magic such as that to work. The authors managed it beautifully. Sibylla does the only thing she can to save her childhood friend from hanging for a crime (she is pretty sure) he didn’t commit. Together, Sibylla and Roger need to figure out who the killer is- before they strike again.

The Resurrectionist of Caligo has a smaller cast of characters, and each person is important. Sibylla is clever, but also a bit naive. To be fair, she hasn’t had a lot of life experience. Her storyline provides the fine details that flesh out the broader plotline, giving little hints to a larger mystery. I found the intrigue and the family sniping interesting, but it was Roger who stole the show in my opinion.

Roger is a down-on-his-luck guy just doing the best he can with what he has. He is a good guy whose morality is a little fluid. His kindness shows in his small ways, such as his relationship with Ghostofmary (who I adore, by the way). His sole hope is to become a licensed doctor, but that requires an education that he can’t afford. He swipes corpses to pay his bills and finagle his way into lectures from surgeons. The knowledge he has provides the broad strokes to the story. His medical expertise, as it were, adds an extra level of fun to an already ghoulishly entertaining tale.

Sibylla and Roger actually share very few pages. Instead, most of their interactions come through misunderstood letters and convoluted messages from third parties. It was truly delightful to see the characters’ frustrations and anger over things that were completely misinterpreted. Add in angry magic-ink bees, and it becomes a singularly entertaining way to develop character relationships.

The Resurrectionist of Caligo is a brilliant must-read for fans of books the include grimy, smog-filled streets, shady doings, and ridiculously fun characters.

Read The Resurrectionist of Caligo by Wendy Trimboli and Alicia Zaloga