The Reverie by Peter Fehervari was released (fittingly!) on the 31st of October, the first of his novels in the Warhammer Horror line. As with all Peter Fehervari’s work, it can be read alone and remain compelling, though it has a place of its own within his interconnected stories, dubbed the Dark Coil. 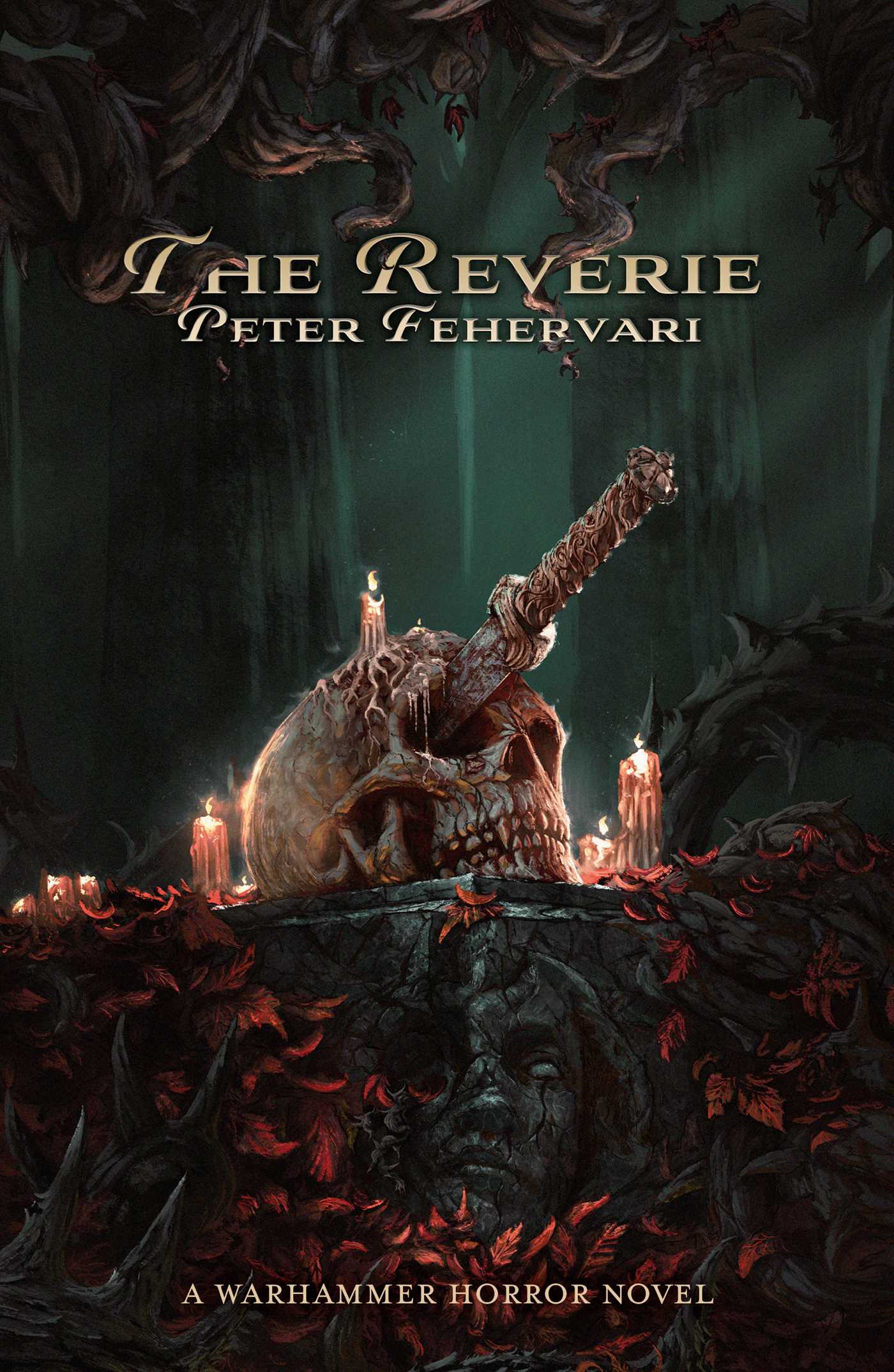 I first entered the Coil with Fehervari’s first book, Fire Caste. This isn’t a bad entry point, but there is no one entry point to it – it isn’t a series per se. The Dark Coil is largely populated by worlds, factions and characters of Fehervari’s own imagining, in the same vein as Dan Abnett’s Sabbat Worlds. This has allowed him the freedom to write some of the most fascinating recent outings from the Black Library. His new place in the Horror line locates him in the periphery of the Black Library, far from flagship outings like the Horus Heresy, or anything dealing with the steadily advancing setting of Warhammer 40,000. Peter Fehervari is more likely to invent an Imperial Guard regiment out of whole cloth, or pick a Space Marine chapter with only a colour scheme to their name and expand on them in his own way.

The Reverie is about just such a Chapter, the Angels Resplendent. Their home world is Malpertius, to which we are drawn, where these post-human warrior artisans have established their citadel, Kanvolis. This is as much an artist’s colony as it is a fortress, populated by the chapter’s servants and muses, quite far from the Gothic-industrial hellscapes that so often characterise the 41st millennium. Despite the artistic wonders of Kanvolis, however, there is a lurking taint on Malpertius: an area of unnatural anomalies and space-time distortions called the Reverie. This is not only a place for the spiritual quests of aspiring members of the Angels Resplendent but it also draws human pilgrims and seekers after truth.

This is a Warhammer novel and a horror novel at that, so the Reverie was never going to be terribly benevolent. There are slow, delicate revelations about how the Angels Resplendent have adopted their atypical customs and have grown so different from their cousins in other Chapters. The Reverie and Kanvolis both are described with a lucid, even delightful, quality, but the slow, churning wrongness of these places and how they can twist the inhabitants through a mix of wonder and revelation is cutting. Our view of both is shaped by returning Space Marines and their attendants who must uncover some of the mysteries of the heart of the Reverie, both for their own sake and the sake of the Chapter as a whole.

In The Reverie Peter Fehervari has successfully laid out another significant portion of the Dark Coil, intact in itself and with its own thematic and aesthetic flavour. It’s a somewhat more coherent story than some of his other works, though with a less overtly grimdark sense to it. Still, I would suggest that you read this, and rank it at Four Stars.

Read The Reverie by Peter Fehervari