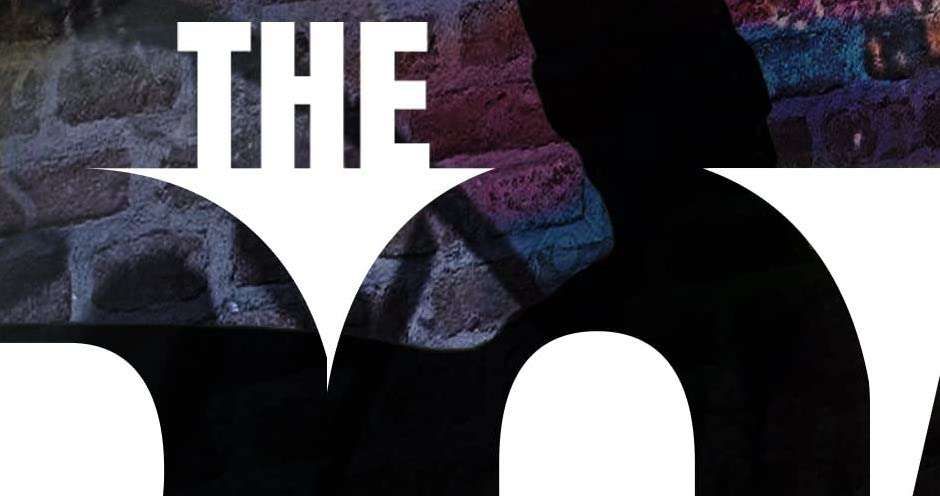 The Roach by Rhett C. Bruno is a book that is a rare find among grimdark fiction: a superhero novel. There’s certainly grimdark superhero stories like Watchmen, The Dark Knight Returns, Spawn, and Daredevil: Born Again. However, the literary superhero is more inclined to be zany comedy than a somber reflection of the dark side of superherodom. I don’t say that just because I write zany superhero comedy. 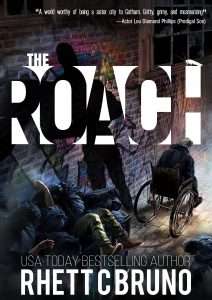 Reese Roberts is a wheelchair-bound man contemplating ending it all by drowning himself in Iron Heights’ river at the start of the book. This is already darker territory than the majority of superheroes take the subject. Reese used to be the Roach, the most feared man in the city and something resembling a superhero. I say something resembling because several people rightfully (?) point out that he could easily be referred to as a serial killer instead.

The Roach ended his career by interrupting a rape and getting shot in the process. Thankfully, for him, the woman was the daughter of a local politician who proceeded to clean up after him. The city is now no longer the same sort of hellhole it used to be. However, it’s still left Reese purposeless and hounded by the single lone reporter who wants to expose him for all of his crimes.

Part of what makes the story interesting is that the Roach is clearly crazy. He’s much closer to Rorschach and the Punisher than Batman. When people call him a serial killer, they’re not wrong as he was driven by a brutal desire to deal out as much punishment as he could and many of his his victims are people that could have escaped their circumstances to be better people.

The book deals with the kind of circumstances that would make a murderous vigilante and gets into his head. Reese’s mind is an ugly place to be and full of hate for just about everyone and everything. The only people he doesn’t bear any animus toward is the woman he rescued as well as her young daughter. Everyone else he holds in a state of utter contempt.

This is a dark and gritty book that doesn’t contain much in the way of superhero tropes except for the Roach himself. He has a bullet proof costume (that failed him), a lair, and a lot of skill as both a detective as well as fighter.However, the rest of the city is full of ordinary criminals and heinous crime that verges on Sin City levels of corrupt.Perhaps too much as it plays into the idea the Roach may well be right about his city.

Are there perhaps too few coincidences in the story? Yes. But compared to your average superhero story, it’s the height of realism. There’s no supervillains in this world but at least one baddie is portrayed as all but indestructible to cops and security despite the fact he’s been in a mental hospital for years. Something that should have left him less capable of inflicting damage rather than more. These are all necessary beats for a good superhero story, though, so I won’t complain too much.

Rhett C. Bruno has a gift for action and his descriptions of the violence that is inflicted by our hero as well as on our hero is extremely well done. This contains a lot of dark and heavy subject matter but the fact it’s a superhero book makes the effect all the more surreal. I was very impressed with the story from beginning to end. If you’re looking for a genuinely grimdark superhero tale then this is the book for you.