REVIEW: The Rush by Simon Spurrier 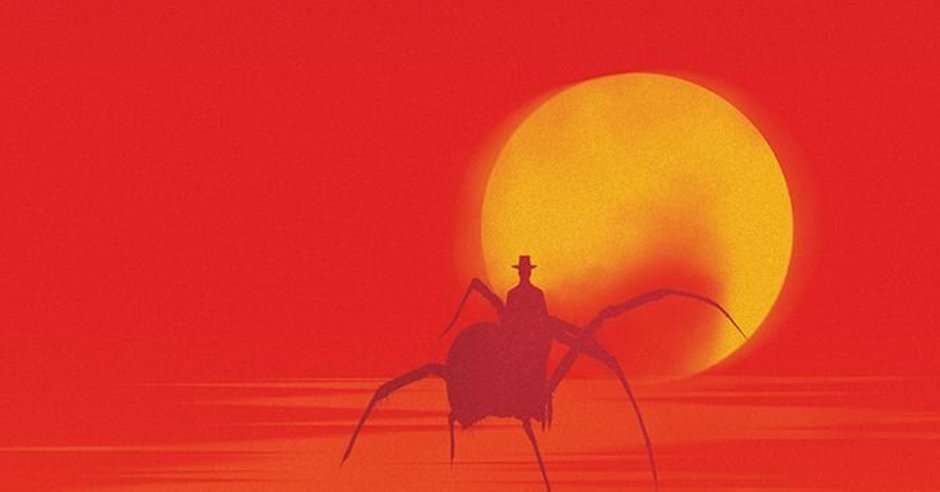 It’s not that there’s any particular lack of dark fantasy fiction in the comicsphere, but there is a decided lack of quality dark fantasy. That made it a no brainer when I heard about Si Spurrier’s new project with the Vault, The Rush, or This Hungry Earth Reddens Under Snowclad Hills. If that feels like a mouthful, or possibly evocative of Cormac McCarthy’s Blood Meridian, or, The Evening Redness in the West, don’t worry—both are entirely accurate. The Rush is a grim, bloody dark historical fantasy that takes place in the frozen northern reaches of the American Old West, a tale of a mother’s desperate search for her son who’s disappeared somewhere in the Yukon at the tail end of the 19th century. 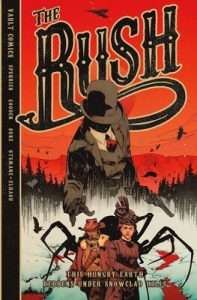 But The Rush is also a story of monsters and madness, of inhuman horrors lurking somewhere beyond the edges of perception and sanity. The art in The Rush brings the story to life, thanks to Nathan Gooden’s drawing and Addison Duke’s colors and textures. The art flows, the expressions are lively—especially when the characters are terrified—and it’s all done with a kind of antiqued overlay to the colors which bolsters the old timey feel of of The Rush, not to mention makes the sudden gushes of blood and viscera all the more striking as it seems to leap off the page.

The true horror of The Rush lies, like in all good cosmic horror, in the not knowing. While we do see some of the terrible monstrosities stalking the snow, we know nothing about them. The “why” and the “how” go unanswered. We are also faced with the all too human horrors of loss and madness in The Rush, as the protagonists confront one ordeal after another whether it be the harsh environment of the north and privation, the brutality of other humans, or a sinister and pervasive atmosphere of fear and paranoia. Speaking to the art again, the emotion is made viscerally real on the faces of the characters as they experience each moment, as Gooden finds that magical sweet spot between stylized illustration and painterly realism. In all, the entire creative team behind The Rush works exceptionally well together, with each member’s talents coming together to weave an immersive story that flows seamlessly from page to page.

In all, the first issue of This Hungry Earth Reddens Under Snowclad Hills does everything the opening chapter of a story needs to do. It establishes the tone, stakes, and premise while setting the hook and drawing the reader in. It gives you enough to chew on so that when the close of the issue does come, you’re chomping at the bit for more. More blood in the snow, more horror in the freezing cold, more of humanity on the brink of madness. Me personally, I can’t wait for issue two, with issue one of The Rush definitely earning itself a very strong four stars. There are good, awful things ahead for this series.

Read The Rush by Simon Spurrier