REVIEW: The Ruthless by Peter Newman 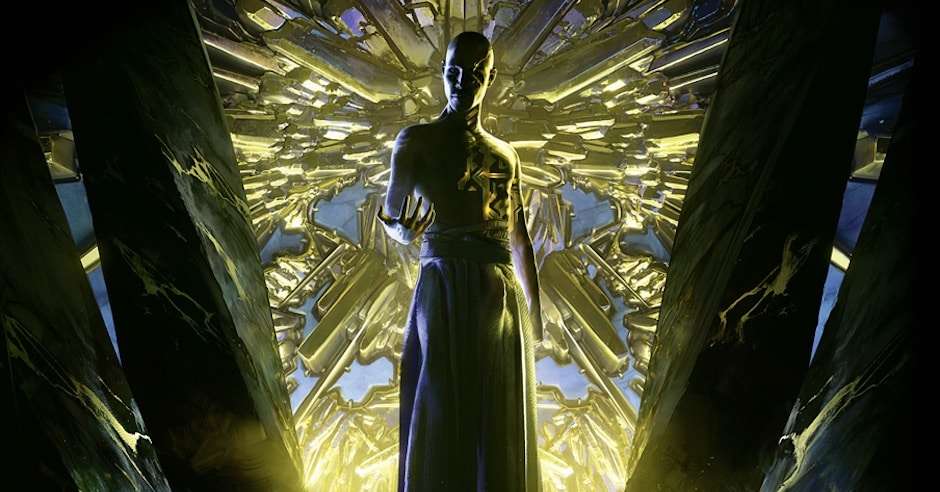 I received an advanced copy of The Ruthless in an exchange for an honest review. I would like to thank Peter Newman and Harper Voyager for this opportunity. Spoilers for The Deathless in this review. 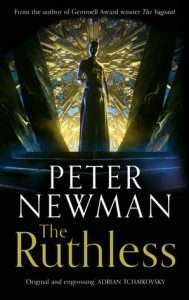 The Ruthless is set sixteen-years after the finale of The Deathless. During this time Lady Pari Tanzanite has been between lives and the narrative begins with her rebirth into a younger vessel. Throughout this period Mother Chandri has been raising her son Satyendra who is the proposed rebirth vessel for Sapphire Lord Rochant but without Chandri being aware, there is utter evil inside her son and he might not give up his life so easily. The youth Sa-at has been living amongst the trees, the terrors, and his birdkin friend Crowflies in the Wilds. Finally, Lord Vasin has been trying, slowly, to gain support from the other houses in his mission to remove Yadavendra as House Sapphire’s High Lord. During this time too, the monstrosities and horrors of the wild have been acting too and Lord Vasin now travels to assist House Ruby who has been attacked frequently by the numerous grotesque beings. Something is different with these attacks from the once thought of as brainless terror-inducing creatures, almost as if they are planned, organised, and have an endgame.

My reading pace was slow initially and this is due to the complexity and depth of the crafted world. In addition, it took me some time to reacquaint myself with the dramatis personae. I was trying to put a jigsaw together in my mind reminding me who certain characters were, who they were affiliated with, who their ex-lovers were, who they were plotting against etc… It took me about five chapters until everything fell back into place. The chapters are approximately 15-20 pages and after the slow beginning, were intensely addictive. The story follows 5-6 point of view perspectives, the majority of which we will be familiar with from the first book, and that of Satyendra.

My favourite sections to read about were those of Sa-at’s escapades with him trying to survive in the Wild. As a wildborn, he has affiliations and agreements with the aspects of the dangerous Wilds including pacts with trees, birds and even the notorious Murderkind. His development is one of The Ruthless‘ standout elements, as are the set-pieces that happen to him throughout. Some of the most grotesque segments happen through his seasoned but still sometimes childlike viewpoint. Crowflies is still an amazingly well-crafted companion who he has a telepathic link with. I adore wildlife companions in fantasy.

The other two real standout perspectives are those of Satyendra and Lord Vasin. Satyendra’s inner dark thoughts are intense and chilling but he paints a perfect picture to all those around him. Lord Vasin, the Deathless hunter was my favourite character from the last book, and I loved the progression here. He’s up to his neck in complex plots, propositions, and plans with the aim of saving his exiled mother’s life and returning House Sapphire to glory.

Like it’s predecessor, The Ruthless still very much revolves around the Floating Cities, The Godsroads, The Wilds and The Deathless. The latter being elite almost superhero overpowered hunters who wear winged armour, Paralympian runner-style blades and protect the world from the unspeakable terrors that lurk in the depths of the Wilds. Although more complex, I believe this book exceeds its predecessor in almost every way and I rated that 4.5-stars. Many of the set-pieces blew my mind especially an event that took place in a swamp and another that happened within a throne room. Some of the revelations, twists, and shocks I did not see coming at all. I adore novels that I can’t predict and this is definately a novel that ticks that box. One of the most developed, unique, and thrilling fantasy series currently being written. This is highly recommended to all grimdark and dark fantasy readers, and anyone who enjoys political or horror-tinged fantasy drama. Also, there is a moment at the very end I won’t discuss, but just wow, it was one of my favourite scenes from anything I’ve read in a long time.

Finally, I would highly recommend not reading this book unless you have read The Deathless. My review of which can be found here.

Read The Ruthless by Peter Newman

[…] The Ruthless was my favourite fantasy read of 2019 and that lead to The Boundless being one of my most anticipated releases of 2020. When The Boundless was posted through my letterbox, all the other novels that I have to review ceased to exist temporarily until I had finished The Deathless trilogy. In fact, I re-read both The Deathless and The Ruthless before tackling The Boundless so that the characters, drama, and excitement were totally fresh in my mind. Through doing this I was reminded of some of the exceptional moments that concluded The Ruthless and the hints presented there of what could follow in the series finale. I was extremely excited to finally read The Boundless and Newman did not disappoint at all. […]