I suppose that knights’ tales are mostly laughed off by the general reading public as something archaic nowadays. Largely seen as relics from a far-off time when your grandpa, when still a stripling, delighted in the likes of Walter Scott’s ‘Ivanhoe’, Ronald Welch’s ‘Knight Crusader’ or Howard Pyle’s ‘Men Of Iron’. Eventually it became fashionable to deconstruct the chivalric myth in Cervantes-like fashion, as your teenage dad discovered when he picked up GRR Martin’s ‘A Game Of Thrones’. Yet even that approach slowly petered out, so that in time I was certain that there was no literary angle left through which knight errantry might provoke a strong reaction from readers. Boy was I wrong. 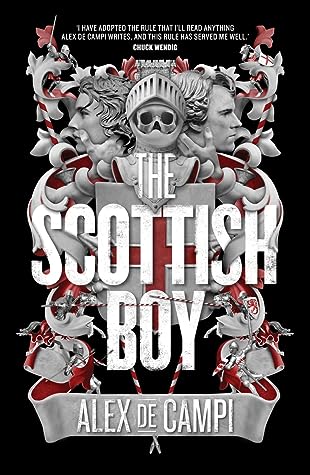 Arise Lady Alex de Campi, a heralded Queen of Grimdark. And not idly do I bestow such a lofty title upon this fine debut novelist, for de Campi has to date painstakingly carved out a critically acclaimed career from penning grim and gritty graphic novels. If only there were more risk-taking writers around like her who had half her talent – and it’s not just me saying it. Legendary bestselling author Chuck Wendig probably described her work best: “I have adopted the rule that I will read anything that Alex de Campi writes, and this rule has served me well.” This, coming from him, is no mean endorsement.

And it looks like de Campi is set to carry her stellar ability from comic book writing into novels, for her debut ‘The Scottish Boy’ oscillates splendidly between savagery and sophistication, filled as it is with moral ambiguity and a pervasive sense of real danger. It’s a knight’s tale set in medieval times, with as perilous a war-torn setting as our Grimdark hearts could hope for. This is not to mention a fresh romantic angle that is intimately (heh, you can say that again) explored and which is wholly unprecedented in fiction.

This novel is so unbelievably brave in the insane amount of risk it takes, that I doubt that it would ever have been touched with a ten-foot bargepole by the ailing, risk averse big end of town in the publishing industry, battered around as it has been for over a decade by sheer Amazon.com dominance. Let’s just say that I can’t see too many midwestern housewives picking this one up at their book club or while baking Bundt cakes for the bible-bashing, God-fearing hubby. So it’s hardly surprising that it was instead snapped up by the celebrated UK publisher Unbound, known to publish various grim and gritty trope-breaking titles in historical fiction like Paul Kingsnorth’s ‘The Wake’.

This plucky London-based publisher has used online means to successfully revive subscription publishing of yore, which was the method used to publish works by Voltaire, Samuel Johnson and Charles Dickens. Unbound bucks the aggressive discounting trend in modern bookselling by charging readers a premium to fund fiction that can’t break into the mainstream in exchange for having their names listed in the book they support as well as a copy of the same title. Yet despite this added cost, a whopping 834 patrons dived in to fund the production of de Campi’s debut, making it a huge success by crowdfunding standards before it even went into print.

The book’s protagonist, nineteen-year-old Harry de Lyon, is a stout fellow and the son of an impoverished English knight Sir Owen de Lyon who perished at the Battle of Bannockburn, scene of Scotland’s greatest triumph. Despite his mother’s misgivings, our Harry yearns to become a knight, so that he is soon taken into the service of one Sir Simon de Attwood. Unfortunately for Harry, he proceeds to lose both mother and Simon when the former dies of something or other and the latter perishes during the battle on Halidon Hill between the English and the Scots. Harry is late for Sir Simon’s last battle but is still knighted by the English King after a certain Baron Montagu puts in a good word for him. The newly knighted Harry feels somewhat embarrassed by his dream coming true since he thinks that it is undeserved. So that he quickly jumps at the chance to join the ruthless Baron Montagu’s hastily assembled warband in an undercover mission past the border with Scotland. Montagu’s target is a distant keep, where to Harry’s horror there ensues a heartless slaughter of the fastness’ starving and unarmed inhabitants, which include women and children. None are spared, save for a fierce boy, who is bound hand and foot after being dragged away from his home by Montagu’s men, before being hurled into a cage. 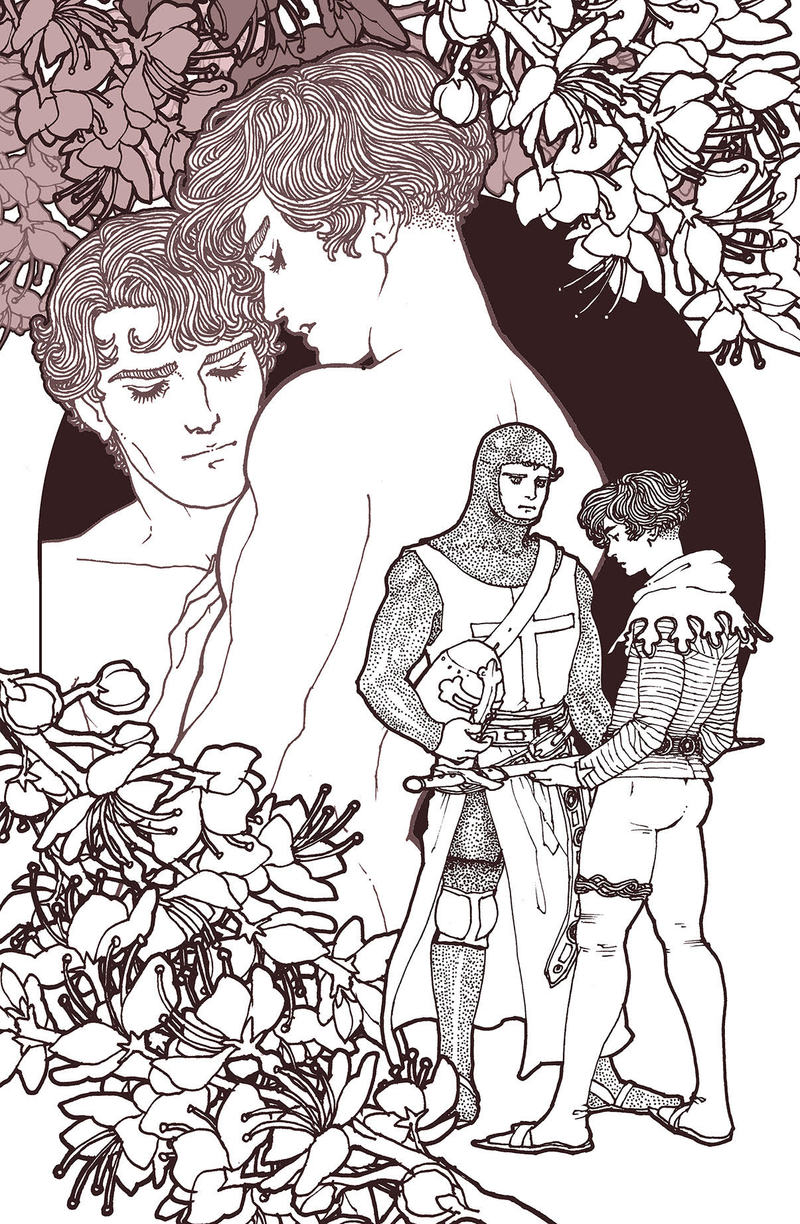 To his English captors, this boy is Scottish and therefore nothing short of a wild beast whose life is not worth the steam of their piss. It is only Harry (too shocked to wield his blade in the keep) who offers the rabid prisoner any kindness on the band’s return journey south. Harry feels utterly revolted by every bit of his first knightly venture yet matters further worsen when Montagu orders him to take the Scottish boy into his household and train him up to be his squire. De Lyon is reluctant to do this, yet finally relents when he is informed by the heartless Montagu that the Baron has purchased the debts burdening Harry’s estates, which in turn means that Harry will be rendered landless if he doesn’t take in his Scottish ward and secure his captivity.

Despite his initial misgivings, the recently orphaned Harry has no idea of the nightmare he is soon to suffer at the hands of the Scottish boy named Iain. Iain proves to be as easy to subdue as a wildcat being given a warm bath on a Sunday morning. For a while Sir Harry patiently takes it all on the chin, extending great kindnesses to his fellow orphan Iain. As a result, he endures all manner of threats, insults, jibes as well as wounds while desperately and hopelessly trying to turn Iain into a reliable squire. Yet it all proves in vain, with Harry finally reaching breaking point when Iain mortally injures his favourite horse and then flees Harry’s estate. The escaped Scottish boy is picked up by the local Sheriff who grievously wounds him, before a remorseful Harry steps in to take Iain back into his home. In time Harry’s renewed efforts with Iain bear fruit at the cost of a