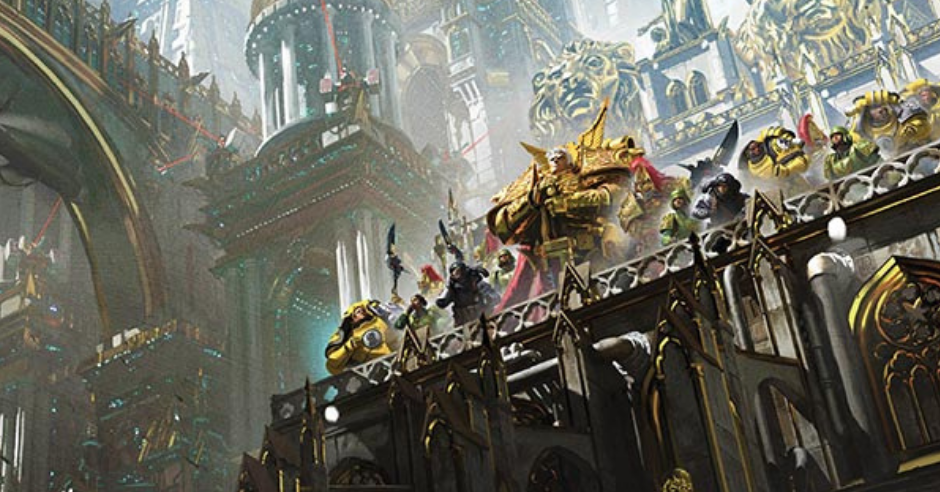 For those of us who’ve been long term fans of the Horus Heresy series, we’ve been waiting for the narrative to get to the climactic Siege of Terra for a long time. However, before the onrushing horde of the Warmaster Horus can set foot on the throneworld, they must fight the Solar War. 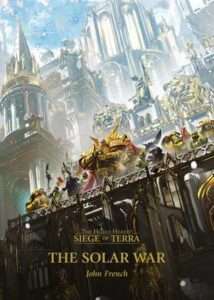 As usual, if you’re not a fan of the Warhammer 40k setting and haven’t been keeping at least cursory touch with the Horus Heresy series (which racked up a 54 titles between 2006 and 2019 before moving on to the Siege of Terra) then most of what goes on here will completely mystify you. Despite notionally being the start of a new cycle, this is not a jumping on point for newbies.

The Solar War starts with the forces of the Emperor desperately preparing for the imminent arrival of the traitor armada. Primarch Rogal Dorn has spheres of defense in the outer solar system to try and bleed the Warmaster’s forces on the way in. The disgraced Sigismund is given the command of the doomed first sphere while the White Scars Jubal Khan looks to intercept any secondary assault.

Meanwhile, remembrancer Mersadie Oliton is gifted with a message for her old ally Loken and desperately tries to reach him on Terra despite being apparently targeted by both sides in The Solar War.

The outer defenses of Terra seem impregnable, so how can even the overwhelming forces of the Warmaster reach the Throneworld?

As is customary with the Horus Heresy books, even when dealing with the biggest names in the franchise, our point of view in The Solar War comes from lesser players and the key elements of this book come from Oliton, Abaddon and Admiral Su-Kassen and their viewpoints on the campaign and it’s demigod protagonists are enlightening.

The most interesting character work in The Solar War comes from Abaddon, who’s relationship with Chaos and the current state of his Mournival brothers is genuinely enthralling and complex, both in terms of the Horus Heresy saga and the current timeline of the 40k setting.

With such a vast battlefield and massive cast, John French had a serious task to keep The Solar War together and produce a coherent narrative that didn’t seem overly sprawling and he pulls it together well. From void combat to martial duels, political machinations to daemonic infiltrations, French weaves it all into a solid story. It lacks some of the personal punch that more focussed Black Library tales do, but there are moments of genuine emotion and given the context of the story, this is all about scope.

Not a jumping on point or quite a top tier Horus Heresy novel but taken as an episode in the grander saga, The Solar War is a solid effort that has me very excited for what is to come.