REVIEW: The Talon of Horus by Aaron Dembski-Bowden 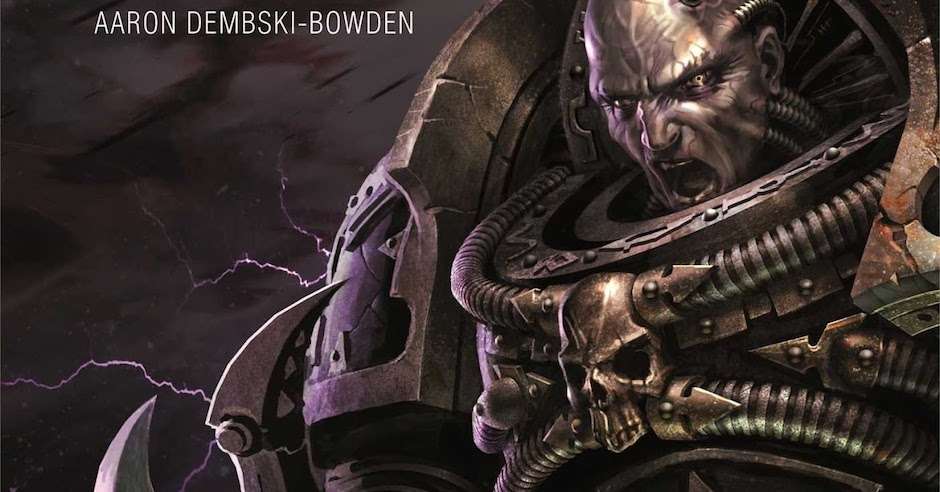 The Talon of Horus is the tale of how the Black Legion came about in the aftermath of the galaxy-spanning Horus Heresy. It is recollected by Iskander Khayon, a former Thousand Sons sorcerer who languishes in Inquisition custody and is compelled to tell the tale of his sins. 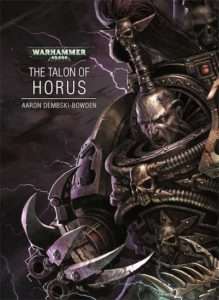 As you may have guessed from that opening paragraph, this is not a story for newcomers to the Warhammer 40k setting. If you don’t understand those references, then you’ll be hopelessly lost in this story. Go back and read the Horus Heresy series from the start (that’s Horus Rising by Dan Abnett) and come back to this one later.

For fans of 40k and especially fans of Chaos, this is a triumph.

Rather than the usual 40k dynamic of some representatives of the Imperium of Man facing off against a heretical or alien threat, The Talon of Horus features a cast almost entirely drawn from the Traitor Legions, the notional villains of the Horus Heresy and setting as a whole.

Dembski-Bowen doesn’t shy away from this fact either. Our protagonist, Khayon casually talks about slaves being expendable, yet we come to identify with his goals and principles. We develop affection for both him and for his coterie of daemonic familiars and strays from other legions. In the end, we feel his admiration for Abaddon, who is pretty much the biggest bad guy in the setting.

Making such morally dubious protagonists compelling while not shying away from, or offering excuses for their questionable views and decisions is not easy, but Dembski-Bowden pulls it off admirably here.

One of the elements which most enthralled me about this book was the way the author takes the established 40k lore about the Traitor Legions, the Eye of Terror, the nature of daemons and runs with it. The way characters from different Legions interact and display their distinct aims and perspectives is engaging. The portrayal of daemons in ways that are far more personal and visceral than the limited range we see on the tabletop version of 40k is simply delicious and I want so much more of that.

Dembski-Bowden has long been considered one of the best Black Library authors for his ability to turn the lore of 40k (especially as regards Chaos) into genuinely innovative, almost weird fiction and this novel is an excellent example of that ability.

My only real criticism of this novel is that it is perhaps a little dry and reliant on exposition over action although it hardly lacks for action and this may be a necessary evil given we are dealing with a time-period and part of the 40k galaxy which has been little explored. Khayon’s rambling narrative, staggering between personal feelings, contextual recollections and more immediate conflicts can be a little wearing and the occasional moments where he breaks the fourth wall to talk directly to his captors, rather than just telling the story are a little distracting.

Overall, this is an excellent deep dive into a fascinating and long-neglected part of the 40k mythos and I highly recommend it to any fans of the setting.

Buy The Talon of Horus by Aaron Dembski-Bowden