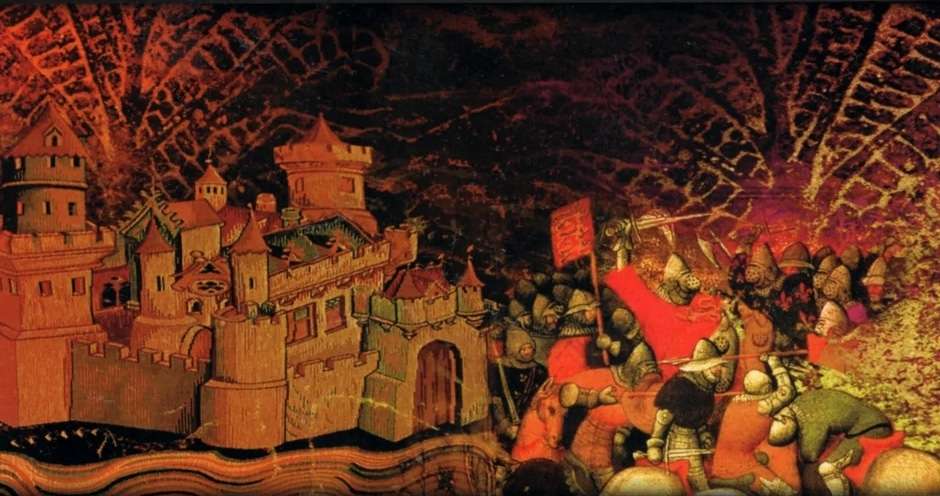 R. Scott Bakker concludes his The Prince of Nothing Trilogy with the final novel, The Thousandfold Thought. As the last part, the book’s tone and pace deviate from its predecessors while reaching toward the story’s conclusion to include pivotal moments we have been waiting for since The Darkness That Comes Before. In The Thousandfold  Thought, the Holy War makes the final march of its long journey toward the holy city of Shimeh. While the path appears clear and righteous as internal tensions subside, certain kernels of knowledge held as truth begin to fold as twisted reveals take shape. Every decision and action that has taken place before is cast into doubt as the apocalypse’s real face emerges from the victory amassed in death and blood. What you think you know is wholly eclipsed by what has yet to come.

Bakker’s approach to The Thousandfold Thought is a changeup from The Warrior Prophet. Where the previous book had moments of sweeping and immersive action, the finale slows the pace and conveys a deeper emphasis on the philosophy and thought behind the decisions each character makes. Rather than a full-fledged, quick, and bloody venture forward, Bakker makes his readers crawl to the very end, acknowledging everything that came before in a way that only Bakker knows how. This choice may in part cause some divisive reactions to the book’s conclusion, especially concerning the first half’s focus and pacing.

However, in the second half of The Thousandfold Thought, we finally witness some of the key moments Bakker’s spent two books building. He masterfully weaves a sequence of events to heighten the tension between different plot points as they each hit their climax and drop into their denouement. Opinions will differ based on whether Bakker’s conclusion is fulfilling or not, but there is one specific moment where Bakker’s execution was perfect in regard to emotional payoff. While the last book does resolve some of the plot points introduced in the previous books, Bakker leaves some loose threads, which will more than likely be explored in the sequel series: The Aspect-Emperor

The Prince of Nothing Trilogy reads more like one continuous story told in three parts rather than three separate books with an overarching plot to connect them. As such, I would recommend reading them very close together. However, Bakker does provide summaries at the beginning of books two and three to help the reader remember any significant events. The trilogy embodies the elements of the grimdark label and more than earns its place within the fantasy genre as a whole. Bakker achieves what he sets out to do with his unique approach to storytelling: vivid concepts mixed with strong thematic elements that are dipped in philosophy, history, and lore.

The Thousandfold Thought leaves a strong and lasting impression while laying the foundation for its sequel series. Bakker challenges his readers’ perspective on what came before while shaping what comes next: “There were two pasts…There was the past that men remembered, and there was the past that determined, and rarely if ever were they the same. All men stood in thrall of the latter. And knowing this made them insane” (105).