REVIEW: The Tower of Living and Dying by Anna Smith-Spark 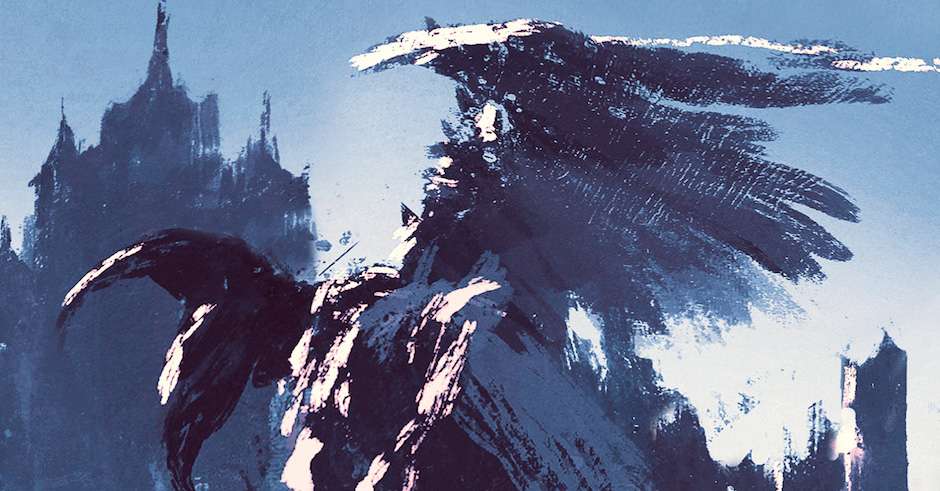 The Tower of Living and Dying both builds upon and eclipses the world and story Smith-Spark started with The Court of Broken Knives. It’s bigger, wider, more sprawling than its predecessor, and yet also more intimate and deep. 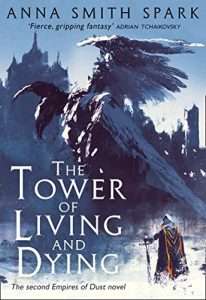 In The Tower of Living and Dying Marith marches his armies to find the body of his ancestor, Amranth, painting the continent red with the blood of men, women, beasts, and gods.

The story kicks off with Thalia and Marith in the immediate aftermath of the destruction at the end of The Court of Broken Knives, each struggling with their own part in the slaughter of Marith’s father and the people in their own way.

Marith is coming to terms with being king, and what it means to have killed his father to do so, and the oddity of the devotion shown to him by people who but a few days passed lined up to fight with, or cowered behind the walls owned by, his father. On top of this, he is both terrified of, and resigned to, losing Thalia—knowing that he is an aberration and that she sees that and that she wants to leave, now that she sees the world and can move on without him.

In my review of The Court of Broken Knives, I was all about Marith. And while I still love / hate reading him (in the best possible way), in this book, it’s Thalia, Thalia, Thalia.

Thalia is at war within. She knows Marith must die to prevent a river of bloodshed the like of the world has never known, but she cannot strike him down. His beauty, his tragedy, and to be loved by a king, hold her back each time. She also knows there is more to this world than kings and armies and men killing each other, and I feel she wanted to know what that is, but also knew she could not do that while Marith—unpredictable, violent, addicted, and addictive Marith—lives. By the end of the book, Thalia’s growth throughout the story has become one of my favourite character developments of 2018.

Landra is fleeing Marith and his new army, relying on locals she never knew for haven, and watching them get on with their lives even though hers—which she once thought important to them—has been burned around her. I love the way Smith-Spark depicts her almost wonder at how her family’s demise doesn’t affect them any more than just people looking after an injured woman they know they need to get rid of for their own safety. Made me think of the modern day death of a celebrity—you’re sad for a moment, remember a few good and bad things, say to a friend, “that’s so sad,” then just get on with life and the things that have an impact on your survival and happiness.

Orhan wallows in his new world as Nithique (advisor) to the Emperor of Sorlost. He’s struggling to achieve the gains he’d hoped for to bring the rotting corpse of Sorlost back to even a shimmer of its former glory; Bil, his wife, is ready to give him his heir and he struggles with impending fatherhood, his sexuality versus the expectations of his station, and Darath his lover; and finally, on what Orhan has turned Darath into, and what he’s made him do. All these things sit heavy on Orhan, and Smith-Spark does a magnificent job of depicting what it’s like to feel like you have a million things to do that your career rest on, but can only spin your wheels and fall deeper into a pit of despair as your goalposts move further, and further away.

Again, as in The Court of Broken Knives, Smith-Spark has this magnificent ability to paint moments of beauty in your imagination, shining bright and melancholy amongst the grit and hardship of its backdrop. So many moments when I just stopped and sighed, and enjoyed the mental picture. Smith-Spark has delivered another amazingly visual and experiential book that just hits you in the gut, the heart, and the mind from cover to cover. I’ve experienced few authors who managed to do it as well as she does.

End-to-end, I found the story engaging and nigh-on un-put-downable. The growth of the characters–Marith and Thalia, in particular–was highly engaging and thoroughly enjoyable. The overarching story, including that of Orhan and the surrounding cast in Sorlost, will keep readers on the edge of their seat. The human element, especially, is what makes this a magnificent follow up to The Court of Broken Knives and places Smith-Spark as one of the most exciting authors in not only grimdark, but in fantasy.

Smith Spark has delivered another immersive Grimdark fantasy experience that eclipses almost everything else I’ve read this year.

Read The Tower of Living and Dying by Anna Smith Spark