REVIEW: The Trials of Ashmount by John Palladino 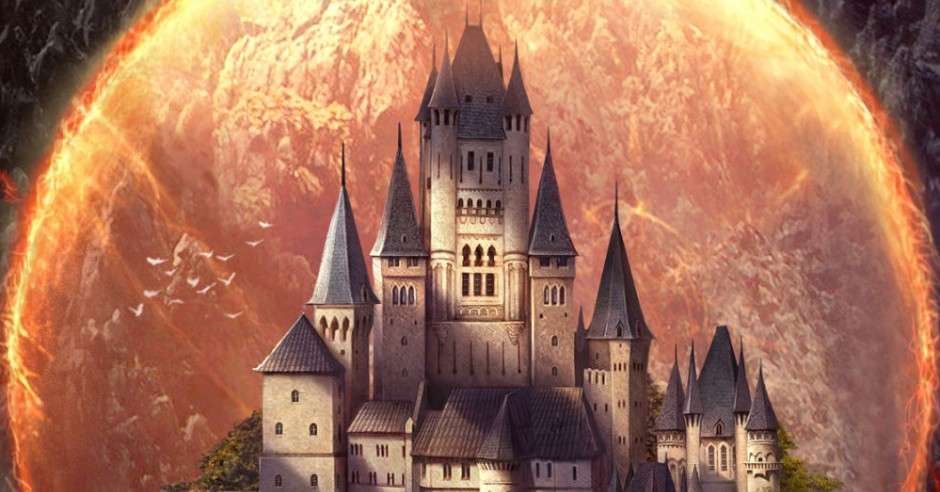 The Trials of Ashmount is the debut grimdark fantasy from John Palladino and the first volume in his Tragedy of Cedain series. In creating this complex world, brimming with nefarious characters, political backstabbing, and personal deceit, the author proves himself to be a promising new voice in grimdark fiction. Palladino’s worldbuilding is ambitious in scope and accomplished in execution. Cedain encompasses three continents with five different countries. The author pays keen attention to each land’s unique politics, economy, and culture, as driven by their varying geography and religion. The worldbuilding in The Trials of Ashmount occurs naturally through the various point-of-view characters hailing from each of those lands. None of the exposition feels forced and, with one exception, the author mercifully spares us any extended info dumps.

The Trials of Ashmount introduces a hard magic system with five branches: Enforcer, Glyphist, Collector, Healer, and Examiner. An intriguing aspect of Palladino’s magic system is the interdependence of these five branches. The practitioners of magic, the so-called Magicai, are centered at the University of Arcanical Arts, located adjacent to the great Ashmount volcano. New prospective Magicai must pass the Trials of Ashmount to receive formal training. Despite the nominally hard magic system, there is a soft element as well, predominantly coming from the Camel Clans of Vessia, who appear to have discovered a new form of magic outside the known branches at the University.

The Trials of Ashmount is primarily told from five point-of-view characters spanning the full world of Cedain. My favorite character is Demri Slarn, a sadistic rogue Magicus fixated on revenge against a former classmate and one of the most gleefully grimdark characters of the book. Demri is the Sand dan Glokta of the novel. Like Joe Abercrombie’s infamous character from The Blade Itself, Demri suffered grave injuries earlier in life and now lives in constant physical and emotional pain. Demri initially appears to be entirely villainous, but as we learn more about his background and motivation for revenge, he becomes a complex and even sympathetic figure.

My second favorite character is Kelden Stoole, the son of a baker who believes he is destined to escape his small-town life and become a powerful Magicus at the University of Arcanical Arts. Kelden travels to the University and dutifully follows their archaic and seemingly arbitrary rules to earn admission. His natural curiosity leads Kelden to discover some of the Magicai’s carefully guarded secrets.

Edelbrock Brendis is a fascinating point-of-view character, a minor nobleman who tries to scheme his way to greater fortune through a combination of lies, adultery, and murder. But the tables are turned on him rather quickly as he discovers a greater scheme at play. Although Edelbrock spends most of the novel as a rather shallow, pathetic figure, near the end he is given a fair amount of depth that helps earn sympathy.

I didn’t connect quite as well with the remaining two point-of-view characters. Sera Wintlock is an ordinary girl from the northern bird-farming continent of Cyrok who finds herself as an unlikely hero when her village is slaughtered during a surprise attack from the south. Sera suffers a lot during her plotline, but I don’t feel like the emotional trauma was fully conveyed. Finally, Villic is a nomadic warrior from the Camel Clans who hopes to leverage newfound magic to empower his people. Unfortunately, I never really connected with Villic as a character.

One of the joys of reading The Trials of Ashmount is seeing how the diverse storylines eventually intersect. This requires patience, since the connections don’t become apparent until the second half of the novel.

The plot is fast-paced and carefully constructed, full of unexpected twists, some of which left my mouth agape. My only criticism regarding the plot is that some of the major decisions occur too abruptly (for example, the discussions leading to war).

Palladino’s writing is straightforward and unadorned, with just the right level of snark to keep readers laughing but without becoming a parody of itself. Palladino has done an admirable job finding a balance between serious storytelling and irreverent commentary. Still, I was hoping that the prose could reach greater heights of eloquence, which would have helped deepen the emotional impact of many scenes and strengthen the reader’s personal connection to the characters. The characters suffer a multitude of tragedies throughout The Trials of Ashmount, and I feel that the impact of these situations could have had greater impact by slowing down and offering some more nuanced prose.

John Palladino shows great promise with his debut novel, which is also an entrant in Mark Lawrence’s 8th Self-Published Fantasy Blog-Off (SPFBO8). Overall, Palladino has created a compelling grimdark world that has a lot of potential for future entries in his series. With a bit more attention to developing the emotional depth of the characters, Palladino will be able to bring his craft to new heights.

Read The Trials of Ashmount by John Palladino