REVIEW: The Unspoken Name by A. K. Larkwood 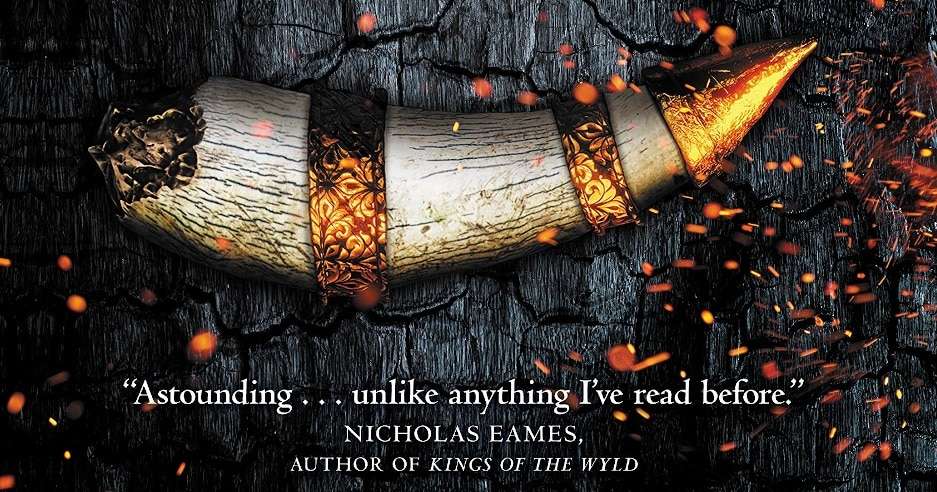 A.K Larkwood’s debut novel, The Unspoken Name, the first novel in The Serpent’s Gate series, is all about choice. There is absolute power in hitting bottom; you have faced death, the end, and come out on the other side. After that, the world is open to you choice-wise.

“By the touch of thy hand shall the black lotus bloom
Thus shall we know thee, handmaid of desolation
By the corruption of the seas
By the fading of all things
Thy name shall be forsaken and thou be my bride
Thus spake the Nameless One upon the plains of dust
from The Book of Unmaking”

“You have looked your foretold death in the face and turned from it in defiance. Nothing in this world or any other deserves your fear.” 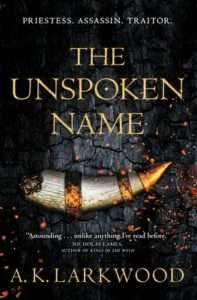 This is one of the main aspects of the lead protagonist Csorwe, and I think of The Unspoken Name in general. This story delves deeply into the nature of what choice actually is. Are our actions in this world truly choices? Or do we choose to do things based on what is expected of us?

Larkwood’s debut novel, the first of a grand new series aptly named The Serpents Gates stars the character Cswore. Csorwe is in a lot of ways unoriginal, at least at first. She grows up in what I can only think of as a cult where every 14 years, a girl child that has been groomed to become the bride of a god is devoured in sacrifice to appease the god. The first 14 years of her life have been entirely without choice. Choice, as a concept, is a wholly foreign concept. Csorwe has been brainwashed her entire life. This great honor that has been bestowed upon her by this wrathful god.

Her life’s only meaning is in its death. In the last hour of her life, she is approached by the wizard Sethennai, a wizard, he offers her a choice, “serve me, and I will save you. Don’t and accept your fate.” Csorwe, having never been offered a choice in anything, she is offered what could be the most pivotal choice of her life. She accepts life and defies a god. She takes her young life and runs for it. Sethennai needs Cswore to restore his position as ruler of a great city named Tlaanthothe. It is difficult as a reader to make the connection as to why Csorwe, basically a babe in the ways of the world, is essential in this great wizard’s quest to gain his city back. Especially since, again, Cswore is groomed as an assassin and bodyguard, and it takes years to get her ready. And, still, what looks like a choice and an opportunity to live her life finally on her own terms is not what she thinks it is. She is bound to Sethennai by obligation and her honor.

The narrative The Unspoken Name has two plot arcs. It is almost as if two novels were joined together, each could have stood on their own as a book in the series. The first arc is of Cswore’s escape, education, abduction, and finally, assistance in Sethennai’s quest of restoring his position as ruler of Tlaanthothe. This arc is exciting and encompasses the first 30 or so percent of the story. After this arc concludes, we jump forward five years. Cswore and Talasseres, who is a fascinating side character and is both Cswore’s foil and companion for much of the novel, are on the hunt for the Reliquary of Pentravesse for Sethennai. The Reliquary is an object of mystical and religious importance that Sethennai and Oranna are both searching for. Anyone who obtains the Reliquary will gain knowledge of the Pentravesse. A source of high power. Sethennai and Oranna are brutal and efficient characters in very different ways. Each stops at nothing to achieve their own goals. While Sethennai behaves like a razor blade cutting into and removing things in his search for the Reliquary, Oranna acts much like a cudgel and bashes into things and people with brutal raw force. Both Tal and Cswore get in the crossfire.

Another integral part of the second arc in The Unspoken Name is the developing romantic relationship that occurs. It becomes a complete expression of choice. The choice to live, to love, to die, and to protect. All vital and singular expressions of Cswore’s budding ability to make choices for her self and her future. Her choices, Whether it burns the world down or not, it is her choices to make. It helped create a strong second half to this book that saved the pace and brought the full reader speeding into the conclusion.

“The desert called the Speechless Sea was of black sand, scattered with shards of volcanic glass that sparkled like the stars. A chain of hills emerged from this desert, as though the night sky was punctured by a row of vertebrae. Built on these was the city of Tlaanthothe.”

World-building in this story is exceptional, although occasionally, it is just a little bit murky. The setting of this story is a series of worlds, an almost infinite amount of them, that are accessed through gates. Each setting is entirely different culturally and geographically. It is a heady mix of ever-shifting landscapes that are a serious nod to writer A.K Larkwood’s imagination. The part that was a bit murky to me was the character’s physical attributes. Csorwe is described as having tusks. Unless other descriptions are given, Cswore is immediately orc-like. The same goes for Sethennai. He is described as having pointed ears, which immediately makes me think of an elf. Maybe this is a function of my fantasy context from reading other books. But, it seemed like a missed opportunity for more complicated and exciting physical characteristics of the characters.

Is the power of choice enough to build a substantial epic series around?

The answer is a resounding, yes!

Choice is one of the most primal things humans can make. Your choices make or break your future. This debut novel is excellent and worth reading, even if it is just for the world-building alone. Is it perfect? No, there are plotting problems, and as I mentioned above, issues with suspended disbelief. But it is a great book that ended on a high note. This, in turn, will lead to the second book in the series perfectly.

You should absolutely check out this debut novel and jump into this world.