REVIEW: The Warmaster by Dan Abnett 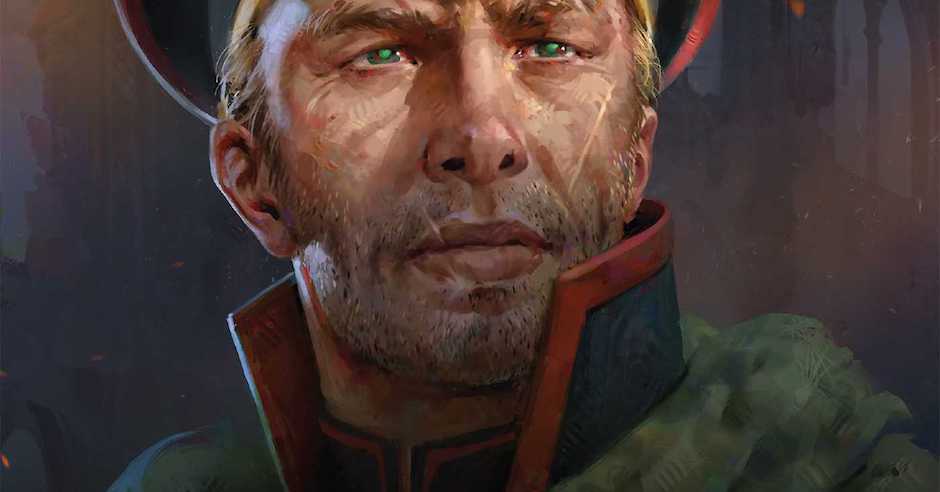 It’s been a good while since I’ve picked up a Gaunt’s Ghosts novel, a series of books I’ve long described as Band of Brothers meets Warhammer 40,000 and one of the best jump-in series for new 40k fans. The Warmaster is book #14 in this utterly brilliant series of military sci-fi / fantasy and even this far into the series I found exactly what I was hoping for when I opened the cover and got stuck in: whirlwind action, heart wrenching deaths, points-of-view from men only second to the Emperor all the way down to the lowest grunt, and an understanding of the scale of wars 40k is famed for as only somebody as brilliant as Dan Abnett can deliver. 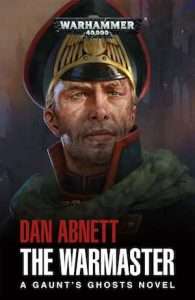 Outside of the barnstorming action and the connection to a huge cast of characters that you’ve come to expect from Abnett over the last 13 books of this series, The Warmaster pushes forward the story of the Sabbat World crusades, with Gaunt’s Ghosts being spat from the warp after their desperate fight on Salvation’s Reach 10 years later. A warp anomaly has left them sitting ducks for the Sons of Sek and a monstrous, mysterious chaos cruiser, and as always, the Ghosts find their backs to the wall in this first fight and for the rest of the book as they make their way to the manufactory world of Urdesh.

The Warmaster delivers so much in one book, but I need to be absolutely clear on one thing, it does not provide a conclusion to the Urdesh war or the story of the Ghosts. I’ll need to review Anarch for that to happen, but I can assure you it’s ordered and already in the post.

The Warmaster ramps up the political intrigue–the infighting between the lords of the Astra Militarum–while also really showcasing the cost of the war on all men and women great and small. From soldiers at their wits and courages’ ends, to commanders of the entire segmentum turning recluse at the worst possible time, this book really focusses on the human cost of such great endeavours. I really enjoyed this aspect to the book, and how each of the books in this series that comes out just gets heavier in this way. Again, I’m not sure if Band of Brothers was an inspiration for Abnett, but he just absolutely nails the human cost in much the same way that series did.

Ibram Gaunt, Mkoll, Tona and Dalin Criid, Felyx, Ban Daur, Brostin, Merryn, and so many characters we’ve grown to know and love (or despise, but secretly love when they show up on page) are all there. The gaps in the ranks are there too–thirteen books of friendships, villains wearing the Tanith First and Only colours, innocents, and more, lost in the pages of military misfortune, violence, and sadness. These are the true stars of Abnett’s works. Not the tanks, or the squalls of lasfire, or the void ships, the trench warfare–it’s the people that make this story. And Abnett’s ability to make you care about so many of them is what makes him Black Library’s tip of the spear author, and Gaunt’s Ghosts, in my opinion, his magnum opus for Warhammer 40,000.

Despite my pretty obvious adoration for this series, I did feel somewhat frustrated by the ending. as I purchased a paperback I knew, perhaps one third into the book, that Abnett’s scope for this book was far too large for the page count. It kept expanding, and expanding, and riling up my excitement at the sheer scale of what he’d put to paper. True to form, the ending of this book was a clear, but not tremendously impactful, cliffhanger to lead into Anarch.

Now, had I of read The Warmaster in 2017 when it was released and then had to wait two whole years, I would have been fairly unhappy. As I’m reading it now two years after the release of Anarch it’s not so much of a problem. I actually can’t wait for Anarch  to arrive in the post so I may see just how Abnett wraps up everything he built as a foundation in The Warmaster.

All in all, an excellent book of the same level size, scope, pace, veracity, and emotional engagement that I’ve come to expect from Abnett over the decade and a half I’ve been reading this series. The Warmaster is yet another top shelf military sci-fi that pulls at the heart strings in a way few authors ever manage.

Read The Warmaster by Dan Abnett