REVIEW: The Warrior by Stephen Aryan 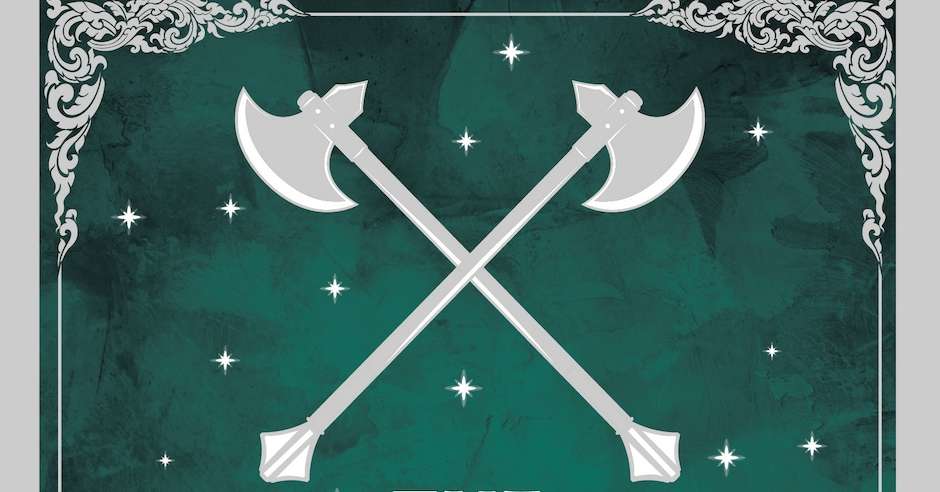 The great triumph of Stephen Aryan’s The Coward (Quest for Heroes, #1) was in exploring the idea that heroes don’t exist, but that ordinary people can commit heroic deeds. The Warrior continues in this line while introducing new character POVs, a brand new quest with impossible odds, and a whole new harsh environment to struggle through in the process. If you enjoyed The Coward’s mashup of fantasy tropes and genres then The Warrior will continue to delight, and perhaps even surprise you. 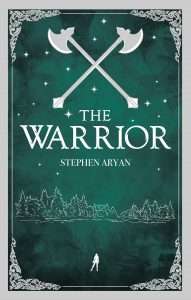 Last summer, we were introduced to Kell Kressia, a man who was mistaken for a hero and sent on a quest to save the world from the terrible Ice Lich in the far Frozen North – and not for the first time. The Warrior picks up two years after he returned victorious and finds Kell stagnating: having been married off to Sigrid, and now appointed King, when he’d rather have gone back to his quiet life on the farm. Offering him a timely escape, comes Willow, who returns to ask Kell to fulfil his promise and aid her in saving her people, the Alfár, and her homeland from an infection called The Malice. Practically leaping at the chance for another quest and a bit of adventure, Kell agrees and sets off immediately, backed up only by two of the King’s elite Raven Guard to assist, Odd and Yarra, while leaving Sigrid behind to rule and deal with the machinations of Reverend Mother Britak (oh yes, she’s still knocking about).

As their quest begins, Willow explains that The Malice will affect them all and cause their minds to betray them. Her hope is that, as humans, it will act slower than in herself and Kell can keep her focussed on their objectives long enough to see them through. They are chasing after Willow’s kinsman Ravvi, who is intent on enacting a blood ritual as a last-ditch attempt to halt The Malice and save their land. Willow is convinced this will end in disaster. The further our intrepid four travel into Alfár territory the more they become haunted and changed as The Malice works to twist their memories and fears against them.

Back in Algany, Sigrid finds herself in evermore dire circumstances as Kell’s return is cast into deeper and deeper doubt. The Reverend Mother is intent on her Holy War to unite the Five Kingdoms under her church, but Sigrid has learned the truth about Kell’s last journey north and startling revelations about the Shepherd and the religion built up around him that Britak champions.

Swapping POVs between Kell, Odd, Yarra and Sigrid allows us to follow two main storylines at once without it becoming overbearing or confusing. What’s more, Stephen Aryan has employed some interesting mechanisms in his worldbuilding to progress these two different sets of events in a superbly effective way. As much as I want to explain more on this, it’s something you’ll have to read The Warrior to figure out. No spoilers here!

We see tragedy, darkness, and gruesome outcomes throughout both sides of The Warrior’s story. My only slight criticism is that some people may find themselves wanting the characters’ development to be paced out a little slower, however, that shouldn’t be considered a deal-breaker and if you’ve read The Coward already, it is well worth finishing off the duology.

The Warrior is a compelling novel that successfully mixes the high stakes, poor odds quest with introspective characters and a clever split time-line. Once you finish, you’ll find yourself wanting more tales from this world. With themes of heroism, redemption, and transformation, The Warrior builds on the successes of The Coward and adds its own twists along the way.

With thanks to Angry Robot for an Advanced Review Copy of The Warrior for this review.

Read The Warrior by Stephen Aryan