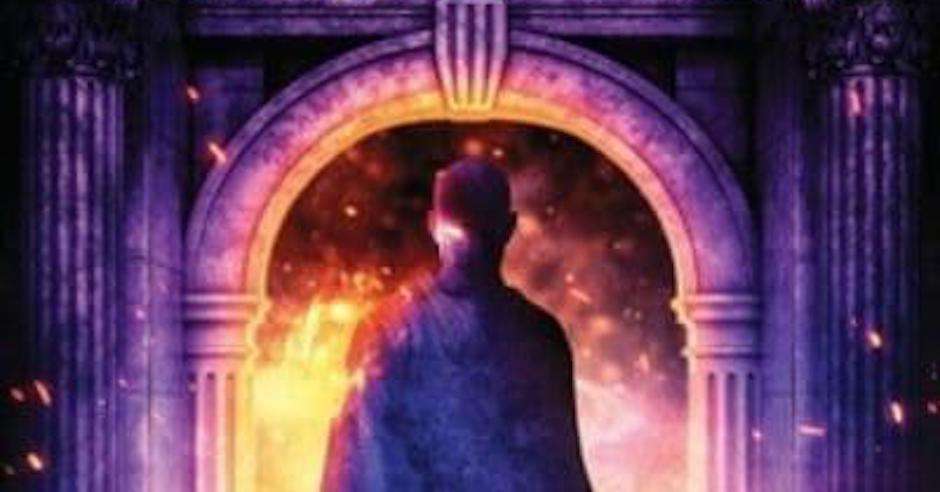 The Weeping Sigil by Jordan Loyal Short is the sequel to The Skald’s Black Verse. We here at Grimdark Magazine reviewed the first book in the series and thought it was one of the more enjoyable grimdark books of the past five years. I made a comparison to Warhammer 40K but with more adult politics as well as relationships. 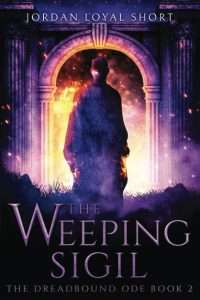 The premise is in the distant future, mankind has managed to explore the stars but degraded socially. The Federation rules over all of mankind but most worlds are barely above Medieval technology with an oppressive Inquisition enforcing an ancestor-worshiping cult. The planet Norn was a Viking-themed place, caught between the locals and occupying legions, when it was destroyed by the sudden destruction of their moon via comet.

With their home planet destroyed, the survivors are trapped on a Federation ship they hijacked and soon fall prey to pirates who intend to sell the entire crew into slavery. One or two of them might be recruited as members of the crew but that would require them leaving the others to be sold as chattle. Henrik, the binder, escaped on his own but ends up in the exact same situation as he’s sold to a powerful family that promptly brands him as a well-cared for house slave. He’s treated as a useful advisor but his life depends entirely on their political fortunes as well as favor.

Jordan Loyal Short has created an evocative and fascinating dark space opera universe that is familiar enough to readers that it doesn’t come off as wholly alien but is repellent in many of its familarities. Tyria is a planet that resembles Ancient Rome with all of its slavery, politicking, hypocritical performative religion, and backstabbing. It is a terrible place for Henrik to find himself and yet a place that he can thrive due to the fact he has no allegiances as well as a cunning savage mind.

Part of what I like about the depiction is the sheer horror of slavery as an institution. Rather than handled generically, we get a full exposure to how it breaks you down mentally as well as physically. The sheer constant paranoia you need to possess about offending the people with power of life and death over you is one of the book’s most effective features. It manages to properly earn the title grimdark without ever having to get into the specifics of assault or torture.

The twists and turns in the book are exceptionally well-written and I had a blast reading the book from beginning to end. It is dark, terrifying, and yet intriguing. This is a world you would never want to live in but perhaps would enjoy visiting for a time with our antiheroes. No one is good and quite a few are evil but everyone has been shaped by Federation society. I’m anxious to read the next book in the series.