REVIEW: The Well of the Unicorn by Fletcher Pratt 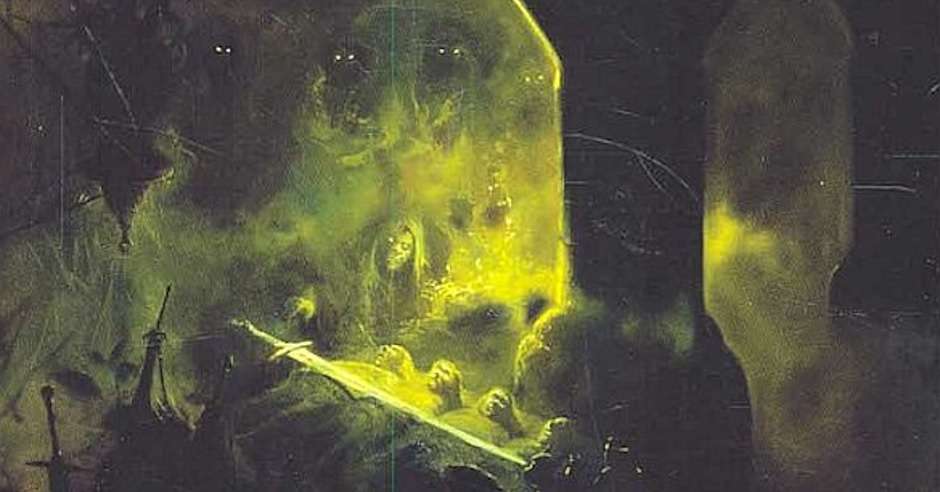 The Well of the Unicorn is a novel by Fletcher Pratt, first published in 1948 by William Sloane Associates under the name of George U. Fletcher. Fletcher Pratt (1897-1956) was, variously, a librarian, translator, and reporter – as well as an author. He wrote both a string of military histories, as well as collaborating with L. Sprague de Camp on The Incompleat Enchanter. 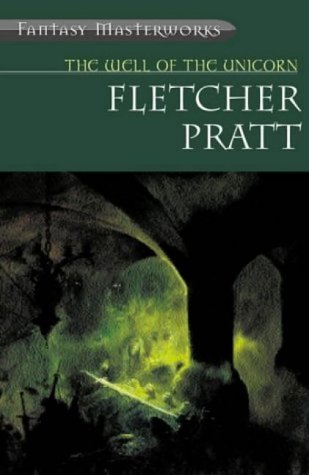 The Well of the Unicorn he wrote alone, or almost alone. An element of its setting is taken from a short play by Lord Dunsany, King Argimenes and the Unknown Warrior (this play may be found on Project Gutenberg). It is set in an unnamed continent and deals with the division between the Dalecarles and the Vulkings for mastery of Dalarna. The two nations are of roughly similar types, but the Dalecarles were conquered by the heathen Dzik for a time, whereas the Vulkings were not. The rule of Argimenes expanded Dalarna into an empire (‘The Empire’) by marriage with an overseas Princess of the southern nation, Stassia, and the bringing of the yet more southerly Twelve Cities into the imperial fold.

So, to the plot. Airar Alvarson, a Dalecarle of a good if impoverished family is evicted from the family farm. By contact with the enchanter Doctor Meliboë he is drawn into a conspiracy – the Iron Ring – against the rule of Count Vulk, who deals with the Dalecarles ill.

If dealt with reductively The Well of the Unicorn may seem familiar: A young, gifted man is thrust out into the world to fight tyranny as part of a rebellion; he wages war on several different fronts with bands of heroic irregulars and colourful mercenaries against a harsh, established, featureless military and falls in love. Well, that’s not wrong. But aside from noting The Well’s place as pre-Tolkien fantasy, I’d like to counter that reductive summary above.

Firstly, Airar Alvarson is a callow adolescent rudely awakened by his eviction. He is rarely in a state outside of war or peril for much of the book. Doctor Meliboë – whose introductory chapter has something of TH White’s Merlin about it, albeit rather more sinister – is more Svengali than Merlin. Airar has no steady mentor, despite a stable youth (his father is alive, if elsewhere and linked to the Vulking regime). He becomes rapidly surrounded by the conspirators of the Iron Ring and mercenaries of the Twelve Cities. Even if he is capable of holding his own, those around him constantly have their own agendas. And Airar is enjoying the fruits of freedom, status and power – which leads to romantic or physical entanglements. His grappling with the latter causes no end of internal wrangling and argument.

Secondly, I would note that Fletcher Pratt’s own work on military history has clearly paid off. The necessities of campaigning – of shelter and fodder, of forced marches and rough terrain, of keeping the peace between proud quarrelling men in the midst of many weapons – are very real. The accounts of battles and siege engines may be a little over-detailed for some tastes, but they can be arresting.

A note on tone and style: the work is scattered with archaisms. I have seen this associated with E.R. Eddison, though The Well is far less developed in its unique style than The Worm Ouroboros. It can be an awkward style to read, but I got used to it. Despite the violence of the book and the scattering of fade-to-black sex scenes, the Iron Ring still identify themselves by whistling a few verse of a song; trumpets still go ‘Tira-Lira’; a nobleman urges on his troops by asking if they were ‘suckled by rabbits’.This may sound comic, as if a hard-bitten interplanetary mercenary drank nothing stronger than sarsaparilla and substituted ‘fiddlesticks’ for stronger curses.

All that said, I would suggest that this is a work that will appeal to fans of the Grimdark, as a low fantasy tale of bitter war and uncertain peace. I would offer it Four Stars, with the provisos offered above.

Read The Well of the Unicorn by Fletcher Pratt