REVIEW: The Wind Through the Keyhole by Stephen King 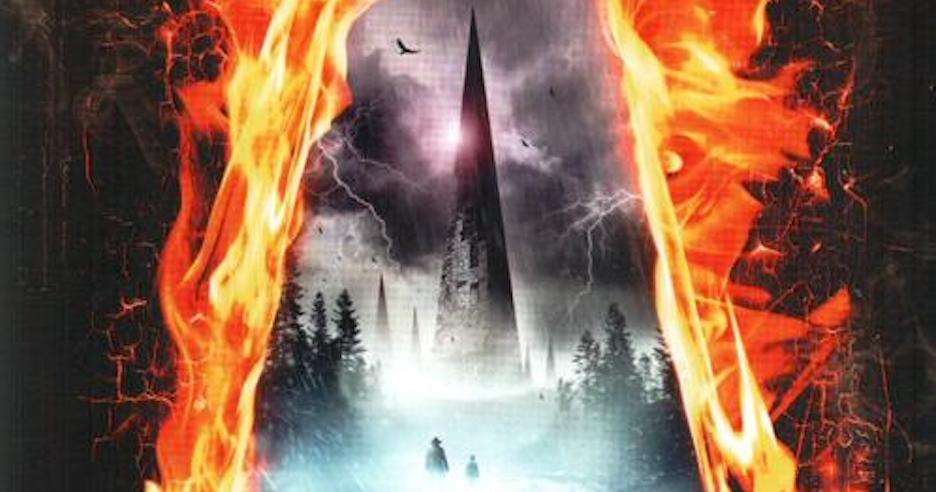 The first fantasy series that I ever read was Stephen King‘s epic The Dark Tower. Looking back, it is by no means my favourite fantasy series however it opened the door for me to this wonderful genre that I’ve loved for seven years. In similar fashion to the Russian doll-esque tale featured in The Wind Through the Keyhole, there is a story within a story with reference to my experiences too. 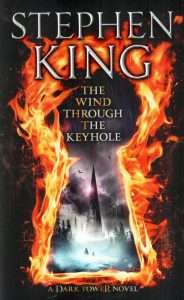 This review features one major spoiler for the series yet is referenced in the novel’s forward by King himself and a few minor spoilers.

When I was a wide-eyed 9-year-old, my grandfather read Stephen King’s Wizard and Glass to me, the book that chronologically precedes this entry. I remember adoring those times and they remain one of my most beloved memories. A train that challenged its passengers to riddles? It was amazing. Instead of that book, I decided to re-experience this narrative as an older, wiser and uglier person.

Here, the Gunslinger Roland presents a tale to his ka-tet (mid-world terminology for his crew) about a younger Roland who had just received his guns and the esteemed title of Gunslinger.

Many years prior he meets a young lad called Bill who is about the age I was when my grandfather would read to me. Things are not looking great for Bill at present. His father has just been brutally murdered by a skin-man. This being is similar to what we are aware of through the myths and stories of werewolves but this version can change into many different animals as and when it deems necessary, such as a bear or a crocodile. This nightmare of a being has savagely attacked and mutilated far too many people in this quaint little town. From the minors to the working folk. Nobody is excluded from this creature’s wrath.

The skin-changer is the reason that 16-year-old Roland and his gunslinger companion Jamie DeCurry are here. They have been assigned a task to find and eliminate this threat. Bill escaped the massacre and witnessed the beast in its changed, grotesque form. Roland wishes to question the young gentleman but if things couldn’t get any worse a Starkblast is on the horizon. This is a behemothic tempest and storm concoction that can obliterate all and rip entire settlements to shreds. To keep Bill calm during the event after they are safely secure Roland promises to present one of his favourite tales that his mother used to tell him when he was a little lad called The Wind Through the Keyhole.

“The stories we hear in our childhood are the ones we remember all our lives.” – That’s why I picked up this book again in memory of my grandfather as I felt it was fitting.

It’s not the finest The Dark Tower outing. I would say however though that it is definitely in the top-4. After the events of Wizard and Glass when the ka-tet leaves the land that was not Oz and before they arrive at Thunderclap and End-world, this story takes place. About 80-pages, comprising of the beginning and the end of the narrative is dedicated to the ‘current day’ Roland. These set the scene and then wrap up the happenings nicely before the gang is seen next in The Wolves of the Calla. To me, this was simply ‘bubble-gum’ reading and easy going rather than the sort of depth that comes later. It’s great to be back with Eddie, Oy, Susannah, Roland, and Jake again. The banter between the ka-tet is as fluent, tight, humorous and natural as ever. It brought me many smiles after a long time away. Oy was always one of my favourite animal companions in fantasy books up there with Ghost (ASOI&F) and Storm (F&TF). It’s a nice touch that Bully Bumblers are important throughout with the many upcoming storms.

About a 100-pages are regarding younger Roland who has wisdom beyond his years. The rest of this metaphorical story cake is the portion about the magically haunting fairy tale that features Tim Stoutheart.

The first story within a story is when Roland is sent on a mission with Jamie by his father, the legendary Gunslinger Stephen Deschain. A descendant of the line of Arthur Eld. There are a couple of neat sections here that enhance Roland’s fathers already exceptional reputation. His body is a map of scars. This is the segment that grimdark fans will enjoy the most. It features a few heads being ripped off and devoured, also absolute catastrophic bloody murderous destruction, and a sometimes confused young Gunslinger. Naturally gifted, of course, but in these early escapades lacks the finesse during certain choices yet at the same time blows the metaphorical doors off with other intense analysis that then leads to very fine decisions. He’s still a flawed work in progress and is living with the demon on his shoulder regarding the fact that he murdered his mother.

The main meat on the narrative is the story within the story within the story. This section is a dim, dark fairy tale, yet even though terrible parts happen throughout there is always an underlining element of hope. This segment reminded me of the writing King did in one of his other fantasy endevours The Eyes of the Dragon and the Yarnsworld series by self-published author Benedict Patrick. I’ll try not to say too much in detail about this part other than it features true love between family, betrayal, alcoholism, murder, a dragon, a forbidden forest, a mischevious fairy, and a couple of magicians. Readers of the main series will know one of these very well. It also features a Starkblast as do the other two storylines and to conclude, this section is enlightening, fulfilling and magical.

I truly enjoyed reading The Wind Throught the Keyhole again and devoured it within a handful of days. King states that this entry should be placed between book #4 and #5. I agree chronologically, yes, but to be read in that order, no. The reason being is that the majority of Wizard and Glass is a Roland flashback tale from his younger days, as it The Wind Through the Keyhole. As a first time reader, I would not wish to spend approximately 900 pages away from the main narrative. I read it originally after I had completed the main series and it sat well there. I’d either read it first or last in the series if I knew what I know now. A fine entry point but also a good final goodbye to the world to those who found the finale of The Dark Tower unfulfilling, leaving a bad taste in their mouth. In the later order, it might make things seem a bit better.

Final note:- The few pages of artwork by Jae Lee, as it is with the graphic novels, are absolutely spectacular!

Read Stephen King’s The Wind Through the Keyhole