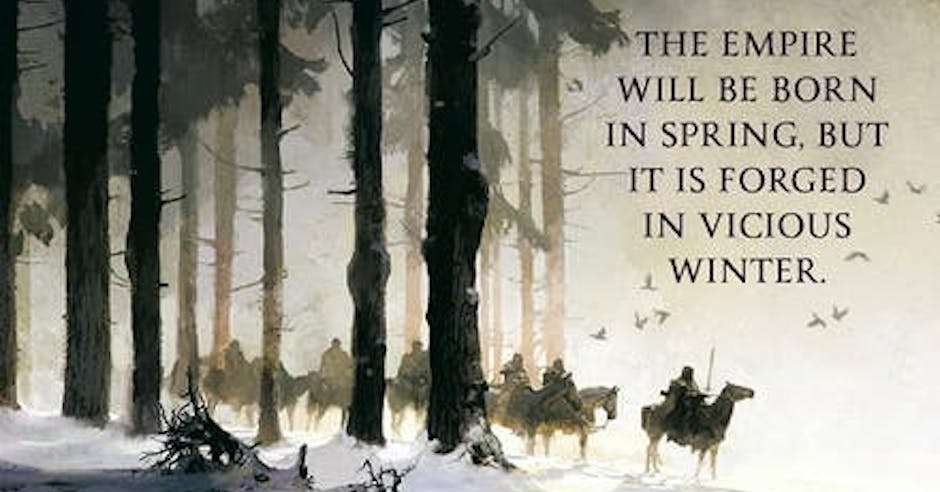 Adrian Selby’s The Winter Road, follows the ambition, drive, and cost to build a road across the perilous wilderness of The Circle, uniting the warring clans and creating a trade route. Behind this daring concept lies the motivation and sacrifice of one woman: Teyr Amondsen. The beating heart of Selby’s standalone novel is Teyr’s life. 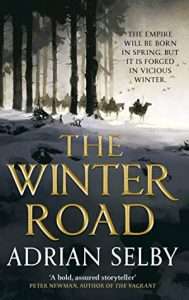 Set a few hundred years before the events in Selby’s debut novel, Snakewood, The Winter Road, opens with a dual timeline: one in the present and one in the past, set a year earlier. Both are told in first-person from Teyr’s point-of-view. In the present, Teyr is broken, bruised, and alone, trying to survive amidst the unforgiving bleakness of winter in The Circle the only way she knows how: to fight. The past version of Teyr stands before the chief of Citadel Hillfast with the plan for a road, backed by pure ambition, preparation, and logic. Though many doubt her, Teyr knows she will not fail.

This confidence in her dream and her abilities is one of the ways Teyr stands out as an unlikely protagonist. Her self-assurance comes from her background as a war veteran and the life experience that comes from middle-age. More than that, Teyr is also a wife, mother, and the leader of the expedition to form the road. Selby blends strength and vulnerability in Teyr’s characterization through her choices and sacrifices in a realistic and impactful way without taking away from the many roles she carries. These qualities make Teyr well-realized, but also flawed. Selby weaves several thematic elements into her character from motherhood to passion to purpose: “Maybe it’ll inspire the girls there to see what a girl can do, that we deserve our own names to be part of the weave” (80).

Over the course of The Winter Road, Selby slowly builds the tension and dread for what Teyr experiences like a crescendo, especially with the knowledge of her psyche in the present timeline’s aftermath. The introduction of the newly-risen warlord in the wild of The Circle also presents more fatal challenges for Teyr and company. The two timelines eventually merge and bring the narrative full circle before continuing forward as Teyr’s war for the road isn’t over. Selby masterfully layers his reveals with raw emotion right up until the novel’s end.

The grimness and grit of The Winter Road’s world shows itself through the brutal bitterness of the titular season and extends into the depiction of an untamable forest, just as deadly to its inhabitants as they are to each other. The bleakness of the world even appears in the dialogue. Selby crafts unique words and colloquialisms; their sounds just as rough as the land they originate from. This added feature of the world-building might require an adjustment with Selby’s writing style. The dialogue paired with the initial narrative can make for a slow start, but the payoff is more than worth it.

The Winter Road earns a unique place amongst other grimdark works. While fans will recognize the brutality of the atmosphere and setting, especially in Selby’s action sequences, there’s also a sense of heart and honesty embedded within it. Teyr herself says it best: “Love is speaking the truth because it hurts, and it is hiding it to avoid hurt, and choosing right never comes easy or often” (197).