REVIEW: The Wisdom of Crowds by Joe Abercrombie 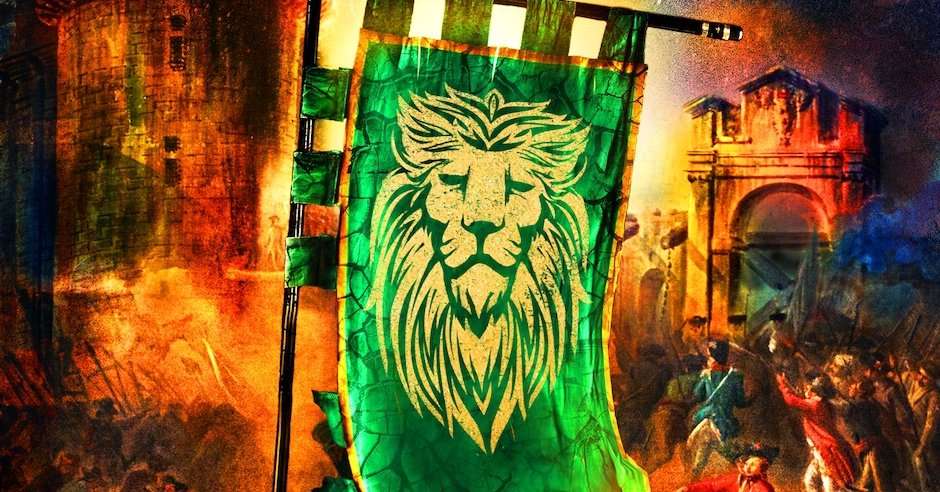 Having absolutely loved A Little Hatred and The Trouble with Peace, my expectations for The Wisdom of Crowds by Joe Abercrombie were absolutely sky high. With this gritty and fun book full of civil unrest, backstabbing, butchery, and even a little bit of love, Joe Abercrombie did not disappoint. A big thanks to Gollancz for shipping an absolutely gorgeous ARC over to me in Sydney, and a warning to readers who’ve not read the first two books: spoilers for the first two books to follow. 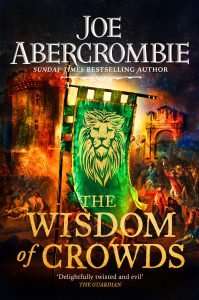 To kick off The Wisdom of Crowds King Orso returns to Adua at the head of his army and two prisoners, excited for his victorious reception. At the end of the column in a caged wagon, Leo Dan Brock is a broken man, with more than just metaphorical pieces of him left on the battlefield. Sabine dan Brock stares out at the streets through the bars, wondering where it all went wrong. None of them are ready for what’s become of Adua in their absence. The Breakers are out in force; the great change is here.

Vicktarine dan Teufel rides with the head of the People’s Army, on their way to Adua in their many, many thousands. People from all walks of life march on the capital of the Union to tear down the system and rebuild it into something better. Only, with a philosopher focussed on the ideal and not how to actually get there, and a judge more obsessed in killing everyone than actually trying cases, at the head of the Great Change, Vick is very much worried about where this is all going. But she’s picked the winning side, as she always does, and she’s going to see where this all lands.

Gunnar Broad is facing the hangman’s noose. He swears to live good life for his family if he somehow gets out of this alive. Under the Agriont in Adua, he likely doesn’t have long to live. Unless … something were to happen to the city to set him on a new course—directly into the type of the trouble he’d just promised to avoid.

Rikke sits in on Skarling’s Chair in Carleon, a city and army at her command, and somebody she probably needs to let her men kill in a broken heap in front of her. A decision to be made. Consolidate her winnings, or take on the father of the broken heap before her and unite the whole North?

Black and bloody and with a body count to rival Matthew Ward’s Legacy series, The Wisdom of Crowds delves into what happens when society has the restraints of civility completely removed (no matter how hollow and corrupt the Union’s civility had become). Recognising this book would have been conceptualised and drafted a fair few years ago, it’s seemingly landed at just the right time to align with our society. There is plenty of commentary on the removal of societal structure and norms, of what shackles-completely-removed freedom means for a people so used to corruption and profiteering, the human basic need to follow and what happens when certain new leaders grasp a people by the throat and lead, and the hilariously dark and infuriating bureaucratic machinery of government. Whether intentioned or not (I certainly won’t be the first reviewer to misread an author’s intended social commentary in a book), the prosecution character in the court of the people seems a