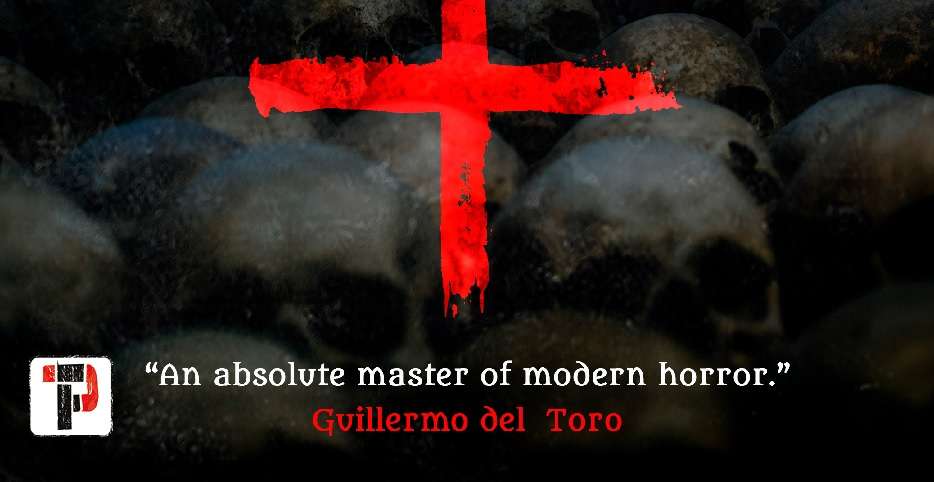 I received an advance reading copy of The Wise Friend in exchange for an honest review. I would like to thank Ramsey Campbell and Flame Tree Press for the opportunity.

This was the perfect example of why I love being a book reviewer. Being sent a novel I knew nothing about and randomly deciding to read it next. I hadn’t read a good horror tale in a while. I thought The Wise Friend was a stunning, dark, descriptive and magical character-focused horror tale. I adored it so much that I devoured it within 2 days. You know when Guillermo del Toro refers to an author as “an absolute master of modern horror” that he’s going to be pretty good.

“I could never have believed I would wish my son would love books less, let alone dread the consequences.” 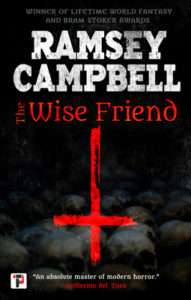 Aunt Thelma was an amazing artist who people believed committed suicide. This was after a period where her paintings seemed to get darker, more warped, imaginative, and appeared to depict a shadowy individual who didn’t seem to have a face. Often her artwork seemed like it was living and breathing to the correct onlooker. Her nephew Patrick finds her diary in which she named numerous mysterious local places accompanied by lines of poetry. Patrick and his son Roy decide to visit a handful of these areas to see if they can shed light on what changed in Aunt Thelma and what led to her demise. What they witness at the sites is not what they expected and Patrick is fearful they’ve uncovered something that should have remained undisturbed. Roy persists wholeheartedly, especially after he meets a young lady called Bella. Is Patrick overanalysing or have they got themselves into a dilemma that they wish that they hadn’t?

We follow the first-person perspective viewpoint of Patrick. He is a university professor of English literature. He’s well-read, divorced, and seems like an excellent father to his teenage son Roy. The “lion’s share” of the narrative is set in a current-day England which mainly features Liverpool and Manchester. 10-15% of the book features flashbacks which relate to when Patrick spent time with his aunt when he was a teenager himself. He’s introduced at a young age to a peculiar gentleman called Abel.

I was gripped by The Wise Friend within 5 pages and not many books are able to get their hooks into me that promptly. One of the elements I really enjoyed is that as a reader we figure out puzzles or problems before the characters do, or at least see the hints that are there that they don’t. It was exciting to read knowing at one point they’d find out too. Maybe it made me feel superior as a reader but nonetheless it was one of the elements that made this novel unputdownable. Campbell is an incredible wordsmith. The descriptions of the environments, the imagery this led me to create in my mind, the intense, otherworldly hallucination-esque and thrilling nature of the scenes, sometimes in fairy tale environments the Brothers Grimm would have been excited to have envisaged. These are a few more highlights of this story.

To summarise, it’s the finest modern horror story I’ve read in a long time. It kept me guessing throughout even though I thought I sometimes knew what was going on. I really lost myself in some of the descriptive nature of the images presented. It’s suspenseful, eerie, haunting, harrowing, and features some amazing characters. You may notice a repetition of themes and phrases and this aids to paint the picture in your mind of exactly what you believe is going on. It is engaging, thrilling, and a horribly-addictive page-turning horror novel. Some of the imagery will have lasting effects. Will you see faces out of the corner of your eye that shouldn’t be there? The Wise Friend truly has a lasting after effect. Recommended.