REVIEW: The Witcher from Netflix 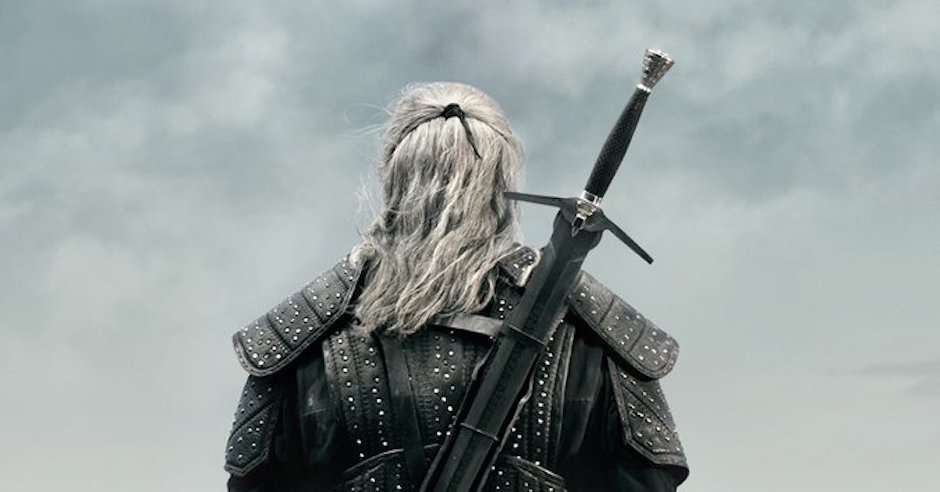 Netflix’s The Witcher is an exciting new adaption of Andrzej Sapkowski’s novels of the same name. They follow the eponymous protagonist, Geralt of Rivia. A magically-enhanced monster and creature hunter is known as a “witcher.” I was in for a treat, as I am a heavy fantasy reader, but I have not read the series nor played the game. All I know of the Witcher is from a “white-haired man sitting in a bathtub” meme. I can judge the first season from a fresh perspective knowing only that Geralt enjoys baths. 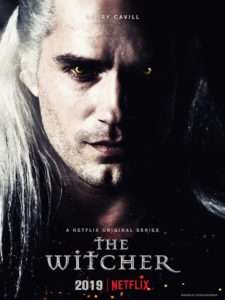 The show stars three narratives. At the beginning of the show, the narratives are very distinct and unconnected. The first is, of course, Geralt of Rivia. He is played by Henry Cavill, of Superman fame. He stars alongside Freya Allan as Ciri. Ciri is a young princess from a kingdom that is attacked by invaders and violently destroyed. She sets out on a quest to find Geralt of Rivia, whoever that is. The third narrative, and what I thought was the most interesting, was that of Anya Chalotra as Yennefer. Yennefer was a hunchbacked and disfigured woman who had shown a spark of magic while being attacked by townspeople. This spark sent up a flag to the Magical council that she may be one who could be taken and cultivated in the magical arts. Her character is a dichotomy in that, in the beginning, Yennefer is entirely powerless. She is sold to a witch for training cheaper than a pig costs. She is “ugly” and unloved. She has nothing, so she must take what she wants. Chalotra, as well as makeup and effects people,  did a great job on this character. I was absolutely convinced of the authenticity of Yennefer’s suffering. She was broken and wanted nothing more than to be needed.  Later, after much ceremony and magic, Yennefer is transformed into a beautiful and powerful woman. She went from one extreme to the other. You get the sense that she is bored by both extremes in that extreme beauty was as stifling as grotesquery.

These three narratives swirl and bounce off each other in the first three episodes. We know, as an audience, that the fortunes of these three people will somehow come together, but as to how they do and when we have no idea — however, Netflix rewards watchers with solid story progression. This is done in a confusing series of vignettes from different times.  We see how the puzzle pieces of The Witcher saga began to form and come together, but it was complicated and confusing. I am not sure why Netflix did it that way. Often scenes from different episodes lacked visual cues of when and where the story was taking place until mid-episode. This left the timeline and narrative a puzzle to figure out. Once you pieced together when on the timeline you where it made a lot more sense, but until then, it was baffling. I am not sure if this hearkens back to how the source material was written, but I would hope for season two, Netflix finds a way to give better ques.

The benefit of watching a story like this on Netflix is that you can binge-watch the episodes. The Witcher takes place in two ways. The overarching storyline between the three characters. This is hinted at during each of the individual episodes. It develops patiently and is the heart of the series. However, each chapter is generally a “monster of the week” and episodic. Geralt is battling some creature that overshadows more considerable plot consequences for the whole series. It isn’t preachy, and it is useful. I think this is one of the significant differences between this and Game of Thrones. Game of Thrones was not a “monster of the week” type series. It hinged entirely on excellent writing and the narratives of many characters. It had a depth to it that The Witcher does not have. That is not a bad thing. Not all series should have that kind of gravity, as The Witcher is much lighter and often funnier than Game of Thrones could have ever been. But those looking to replace the gaping hole left by Game of Thrones may be a little bit disappointed by the stylistic differences.

As to what precisely a witcher is, I am not entirely sure. The first season alludes to witchers being “unnatural.” Created and mutated, a witcher can drink substances that give them extra power to help in their quests to murder monsters. They are hated by society at large and have been hunted and murdered down to where there are only a few left in existence. You see this quite a lot in the series,  a hatred of the unknown and not understood. Yennefer lived her whole life before her transformation under the thumb of people’s view of her. Geralt was shown getting stones thrown at him because he walked into a town that hated witchers. Ciri comes from one extreme to another. First, she is the granddaughter of the high queen. Maybe not loved, but at least respected for her position. Later, when the country is ransacked and her people murdered, Ciri is an outcast and hated for her name. Again it is a dichotomy for her character. She must learn how to change with time and be something else.

Is this series good for the newbies? Yes! Even though I had zero experience in this series, I still understood and felt comfortable with the plot. I am sure there are a ton of fan-service moments throughout the series, that lovers of the books and video game would recognize and understand, but for a newbie, I had no troubles.

All in all, I enjoyed binging this series. It was a great bit of fantasy that was, at times, lighthearted and funny. At the same time, it had beautiful scenery, excellent protagonist progression, killer plot, and incredible visuals. Henry Cavill solidly sold the character to me. I had no problem believing him an emotionally scarred mess of a man who was forced into “monster-hood” by someone with magical means.