REVIEW: The Witcher: Nightmare of the Wolf 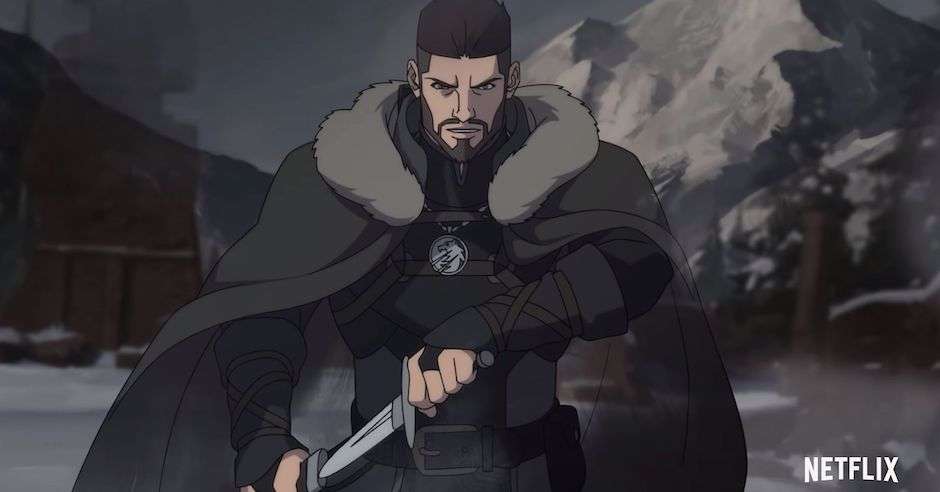 The Witcher: Nightmare of the Wolf is the first attempt from Netflix to flesh out the world of the Continent introduced in the Henry Cavill led series from 2019. The anime prequel follows the adventures of Vesemir, the mentor to Cavill’s Geralt of Rivia and a character who is set to play an important role in the upcoming second season of the live-action show.

The Witcher: Nightmare of the Wolf allows Netflix to introduce Vesemir, a character known to fans of Andrzej Sapkowski’s The Witcher novels and the insanely popular games including Game of the Year winner The Witcher 3: Wild Hunt. Monsters stalk the roads and pounce on unfortunate passers-by, ripping apart bodies in a bloody and gory fashion. A young and confident Vesemir arrives and uses his enhanced powers as a Witcher (a human who has been conditioned and mutated into a monster slayer with heightened senses and strength) to take down the monster. Leaving a young boy in the cold forest, we see that Vesemir is not exactly the dashing hero we expect from stories. He kills for coin and treats monster slaying as a job and not a calling. Caught in a web of lies and betrayal, Vesemir searches for answers and as he heads off towards an old elven stronghold on the trail of a violent leshen.

The Witcher: Nightmare of the Wolf jumps between Vesemir as an arrogant and powerful witcher tracking down monsters and Vesemir as a young, poor boy dreaming of a better life. Viewers gain an understanding of his character as he flees his home in the hope of a better life following the arrival of Deglan, an experienced and hardy witcher. Vesemir is unique in that he chooses to become a witcher, facing the dangerous trials and tribulations along the way. He befriends the young boys taken as payment and forced into the life that he has chosen and proves his strength and determination. Through it all, we see the distrust humans and mages have of the witchers who hunt monsters for them. In fact, many view them as no better than the monsters they hunt and this creates tension in the kingdom where Vesemir trains in Kaer Morhen. The Witcher: Nightmare of the Wolf drops hints and easter eggs for the hardcore Witcher fans but also gives enough of a fast-paced and interesting tale of a man caught between what is right and what is easy, to pull in the casual viewer. The animation is excellent and the anime style allows for Sapkowski’s world to come alive with fountains of blood and magnificent blasts of magic that the live-action show has yet to produce.

The Witcher: Nightmare of the Wolf is an interesting and bloody addition to The Witcher world that offers a prequel that will whet the appetite of those waiting for the second season of The Witcher. The Witcher: Nightmare of the Wolf fills in some of the blanks of the live-action show and expands the world of the Continent in a violent and bloody way that will entertain those with a strong stomach. It introduces viewers to one of the more interesting characters in the world and leaves the audience waiting for more. A violent, slick, and enjoyable fantasy anime that will leave fans of The Witcher screaming like wraiths as they eagerly wait for the live-action entrance of Vesemir.