As far as I can remember, this is the first episode that didn’t have Geralt deal with a monster. In fact, Geralt does surprisingly little in this episode. The opening shows him training Ciri more, and then Triss arrives at Kaer Morhen. Triss wants to teach Ciri magic, and snaps at the two rude witchers who, despite being cool monster hunters, spend their free time bullying an adolescent. (It’s unfortunate that Lambert and Coen seem to be the stand-ins for all the witchers besides Geralt and Vesemir, and we aren’t given background or personality to any of the others in Kaer Morhen.) 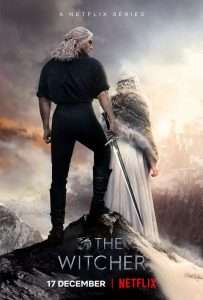 Geralt talks to Triss about how the monsters of the past two episodes seem drawn to Ciri. By investigating the head of the insect monster from episode three, they discover it has pieces of a monolith, which ties in with one of Ciri’s visions. Geralt goes to speak to the Council of Mages, specifically the one who loves his archaeology. That’s where his story ends.

As a bit of a tangent, I’m  disappointed by this. I liked the first season, timeline shenanigans notwithstanding, because Geralt’s adventures could mostly stand alone. A show about a traveling monster hunter seems primed for more episodic content. Geralt fights a striga and investigates the relationships that cursed her? Fantastic. Geralt, Yennefer, and a large team go to hunt a dragon? Wonderful. This season is making a more linear and larger story as it loosely adapts Blood Of Elves, but I quite liked the self-contained stories, and I think the best episode so far of this season was the first, which was the most self-contained.

Yennefer’s adventures take up most of the running time this episode, as she tries to smuggle herself onto a boat heading towards Cintra. Hatred for elves is being stirred up, and those who are found are being chained to each other and sent away. One of these scenes was particularly hard to watch with the casual humiliating dehumanization that occurred. 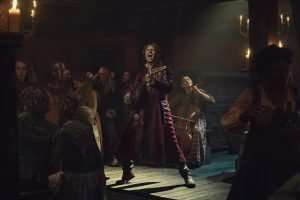 She learns the Sandpiper is helping elves escape by boat to Cintra, and goes to meet him and lo and behold, it is Jaskier. The beloved bard of the first season is still as acerbic towards her as ever, and justifiably so. Back in S1, Geralt blamed Jaskier for Yennefer leaving, and Jaskier’s reintroduction here has him singing a far harsher song than Toss a Coin To Your Witcher.

Still, Jaskier helps. He always does. And his final conversation with Yen, as he compares her loss of magic to his imagined loss of art, is sincere even as he discusses the snakes she must have in her shoes. Joey Bates is so great in this role, and the writers clearly have more fun writing him than anyone else.