REVIEW: They Mostly Come Out at Night by Benedict Patrick 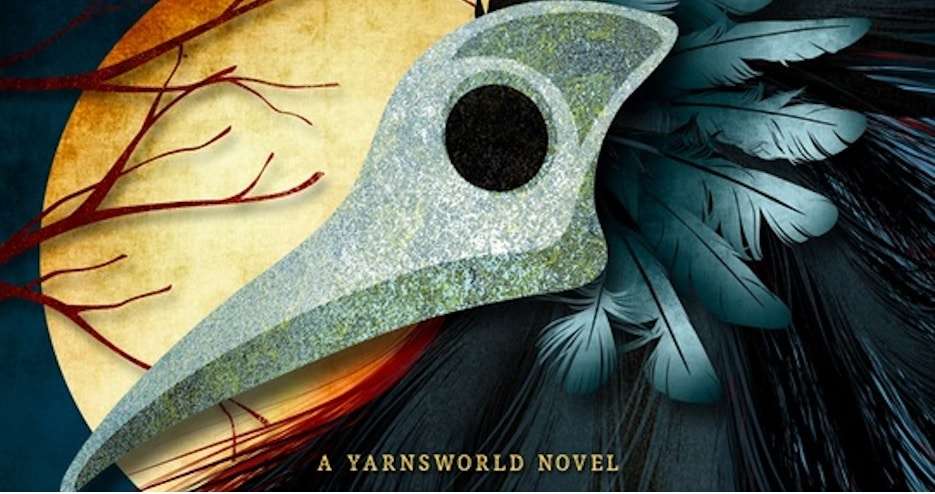 Reading They Mostly Come Out at Night was my fourth time venturing into Patrick’s enchanting, fantastical and haunting Yarnsworld. His stories are as enriching as they are captivating with stunning imagery, likeable lead characters and they are extremely addictive. They Mostly Come Out at Night has been my favourite reading experience that Patrick has presented me so far and I consider him as one of my favourite self-published authors alongside Rob J. Hayes. 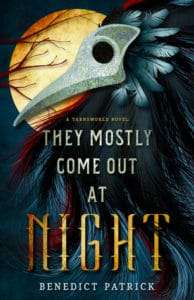 They Mostly Come Out at Night is presented in two distinct ways. Firstly we follow Lonan. He is a young gentleman who lives in Smithtown which is found in the middle of the forest. He is a forager and lives a simple life. He is hated by almost everyone from the village. This is because eight years ago the grotesque creatures that haunt the forest attacked the settlement. There was much havoc, Lonan’s father was murdered, the lady he was besotted with at the time was disfigured and all blame Lonan. When Lonan sleeps he dreams about a Prince called Adahy. Adahy is the son of The Magpie King – a legendary character who is the protector of the forest. Events take place and it transpires that Adahy has to embark on a quest for the Kingdom and Lonan hitches a ride in his mind whilst he sleeps.

The second distinct style is standalone fairy tales that take place in between chapters. These were often bewitching, atmospheric and had a distinct European/ Brother Grimm fairy stories vibe. In the current day world, these are the myths and tales that villagers repeat to their children. Examples including The Magpie King and The Black Squirrel, and Artemis and Mother Web. These acted as picturesque, enjoyable and interesting interludes and they add extra depth to Yarnsworld.

“Because I am overcome with you. You are in every thought that invades my mind. Even if you forced me to chase you until the ends of my days, growing to hate me as I hate death itself, I would still continue to pursue you.”

They Mostly Come Out at Night is well written. It is pretty short at approximately 200 pages and I raced through this narrative within a couple of days. Although it isn’t that long, the main characters are pretty well developed. My favourite segments to follow were interactions between Lonan and the scarred Branwen, Lonan and the healer he boards with, and finally Adahy and The Magpie King. The Magpie King is a legendary figure in the mythology of the forest and it was great to see both sides of the gentleman who is King of the Eyrie. The tale features some unpredictable twists, gruesome moments aplenty and there quite possibly might not be a happy ever after. It was an extremely enjoyable read and I can’t wait to jump back into Yarnsworld again although I might not quite have the epic and extraordinary grace of the Magpie King. Highly recommended.

Finally, I have to comment on how amazing the cover art is for They Mostly Come Out at Night and all the Yarnsworld novels. The artist is Jennifer Zemanek and her work can be seen at www.seedlingsonline.com

Buy They Mostly Come Out at Night by Benedict Patrick