REVIEW: This Thing of Darkness by Allan Batchelder 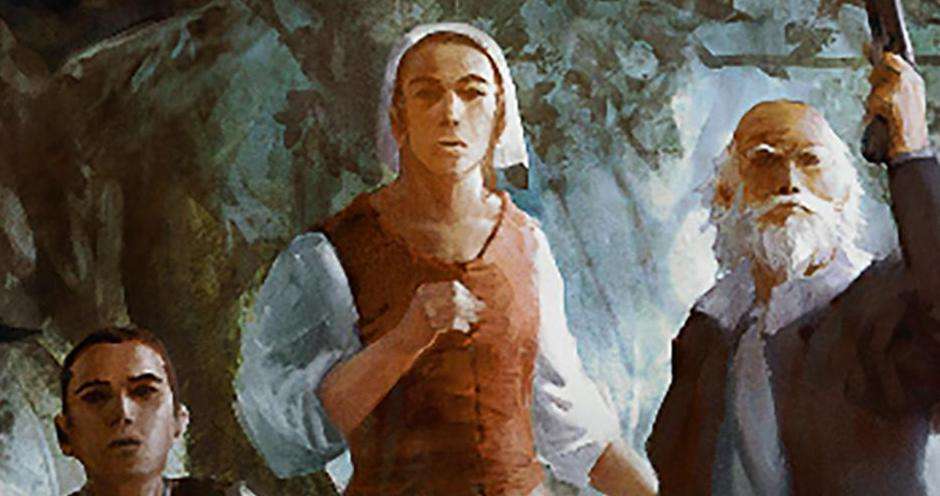 “What if William Shakespeare faked his death to live in Jamestown? What if there was a monster in the woods there?” Either of these could be the basis for a fun alternate history novel but combined have a very quirky and interesting story. The fact This Thing of Darkness is being reviewed in Grimdark Magazine should tell you that the results are a bit on the darker side, though. Allan Batchelder is the author of the excellent Immortal Treachery fantasy series, and I was thus interested in seeing what he came up with in his latest standalone. 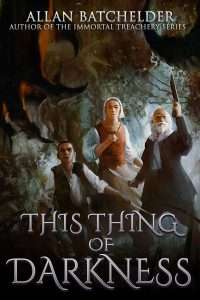 The premise is “William Kemp” has come to Jamestown under mysterious circumstances and almost immediately makes several enemies from the local released criminals as well as his general attitude. His worldliness, irreligiosity (mild by our time, scandalous then), arrogance, and secretiveness put off just about everyone else in the colony. Thankfully, he befriends a young boy named Xander and a woman named Margaret that provide him at least some respite from his ill-conceived plan to start over.

Unfortunately, as mentioned above, William has come to a period in Jamestown history unknown to the modern world: when the colony is menaced by an unknown cannibalistic monster. William is aware he may be letting his prodigious imagination run away with him when there are more mundane explanations possible, but the New World is a frightening as well as alien place. It doesn’t help the local law has a vested interest in blaming either the local tribes or animal attacks lest they scare off potential new settlers.

I really must give Allan Batchelder credit for doing his research as the Bard on page feels plausibly like the kind of man who penned both Hamlet as well as The Merchant of Venice. He is a witty but somewhat sad man who has a lifetime of regrets starting with abandoning his wife as well as more than a few checkered romances that ended badly. Most of the latter are also based on Shakespearian scholarship too and are more interesting than you might think given the premise of “Elizabethan Shakespearian romance.” William is a poor detective either way and wants nothing more than the problem to go away as well as his issues with the locals that are becoming increasingly likely to end in violence. However, the circumstances come to a head when one of his few companions ends up vanishing and no one but he is interested in doing anything about it. It is not a heroic story and William’s poor capacity for heroism makes him an engaging protagonist.

This Thing of Darkness is a solid and entertaining work of fiction that I think people who don’t much care for historical fantasy will enjoy or, heck, even Shakespeare. If you like good characterization and an engaging plot then this will satisfy you.

Read This Thing of Darkness by Allan Batchelder