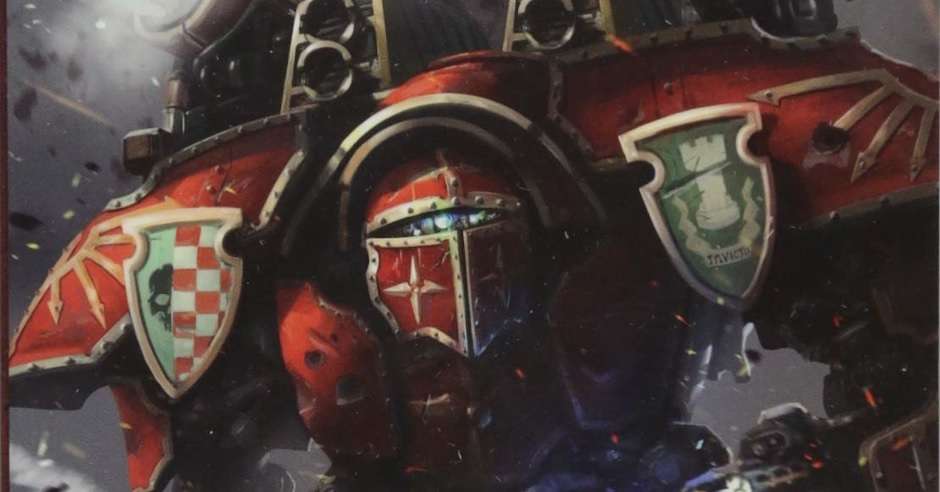 A stand-alone novel both within the universe of Warhammer 40,000 and his own Sabbat Worlds sub-setting, Titanicus is a 2008 novel by Dan Abnett, republished in 2018 by the Black Library. It deals principally with the Titans – terrifying bipedal war engines that vary in size between as high as a house and the height of a tower block, with weapons to match. 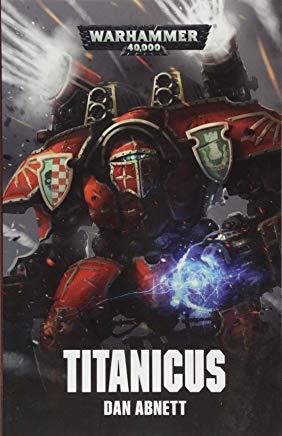 Now, Abnett (with notable exceptions – Know No Fear, to name one) is best known for his human-scale stories in a future of vast forces. Witness the tight-knit bands of companions in Eisenhorn or Ravenor, or the regimental spirit that animates Gaunt’s Ghosts. This is not the case in Titanicus – or, rather, the action is seen at a number of scales and from a variety of perspectives. It is an ensemble piece, dividing its attention between civilians, human soldiers and reservists, the pilots of Titans as well as politicians both human and cyborg. This last perspective pushes Titanicus away from the mechanics of Engine War, though that is present in abundance.

The scene of this devastation is Orestes, a planet of the Sabbat Worlds, divided between the governance of the Imperium and the techpriests of the Adeptus Mechanicus. Largely the cooperation of the two cultures is profitable, but they are unmistakably of different lineages. A constant contrast between the two factions is presented- whether it is between the beaten-down common soldiery of the Imperium and the outlandish bestial cyborgs of the Mechanicus’s Skitarii or the Baroque, grandiose Imperial clergy and the binary-spurting datacrunchers of the techpriests. 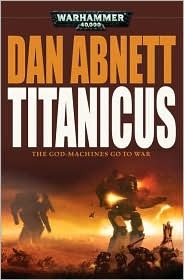 Titanicus does not render this in so blunt a fashion as it may sound. An Offworld faction of the Mechanicus, the Titan Legio Invicta, renders a spot of nuance regarding their motives and mores. There is also the chance to see the lives of all sort of Imperial subjects, from the highest to the lowest – and even those who barely know of the Imperium at all.

Necessarily, characters are fairly broadly drawn, and we don’t spend much time with them. However, the confining spaces that titan pilots are placed in and the scale of the stakes makes for interesting friction. Further, some plotlines are only hazily resolved; to my mind, has the benefit of conveying the messy human uncertainty fostered by examining a war – but it may be that this frustrates some readers. As a result of when Titanicus was published, some aspects of what it portrays may not align perfectly with the Warhammer 40,000 setting as currently presented (I’m thinking of the look of the Skitarii particularly!), though frankly I see this interesting quality as a feature, not a bug.

I’m inclined to offer Titanicus a rare Five Stars; if you have any interest in the literature of the 41st millennium, read this.