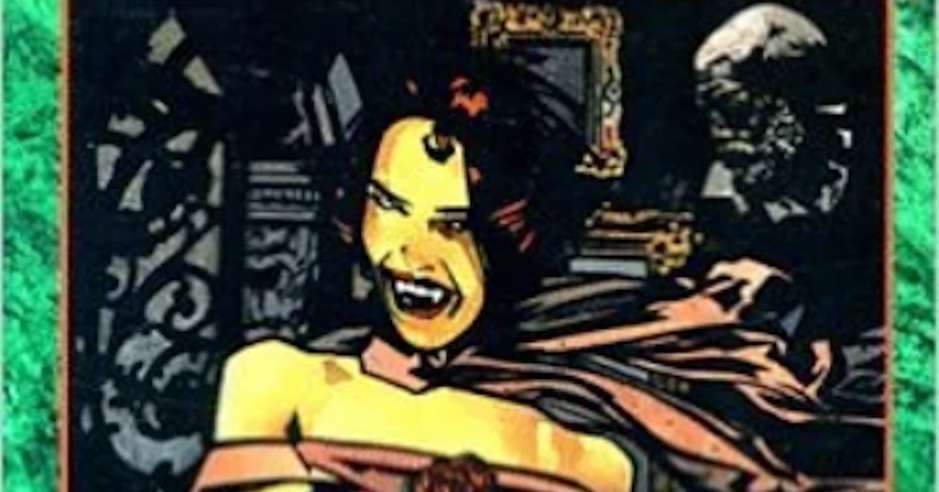 The Vampire: The Masquerade Clan Novel series is something that I enjoyed a great deal when I was eighteen years old and it was 1999. My taste in fiction was not quite as refined as it would be decades later and my favorite pastime was buying game fiction from Waldenbooks (remember those?). I read probably over a hundred Dragonlance, Forgotten Realms, and Ravenloft novels published by TSR before they were bought by Wizards of the Coast. Well before the settings were bought by Hasbro. 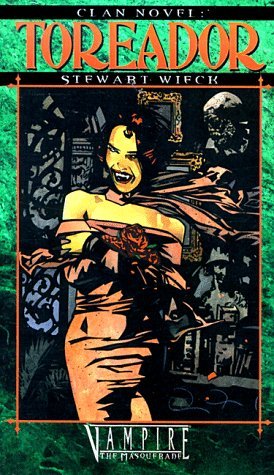 The Clan Novel series was an attempt by White Wolf to cash in on the relative success of the Dungeons and Dragons fiction line. Set in the World of Darkness, every form of supernatural monster lurks in the shadows while regular humans go about their nights in blissful ignorance. Vampires are the most prominent of supernaturals and regularly wage war against one another for control of feeding grounds as well as ideology. The more civilized of the two major factions is the Camarilla while the more wild and ferocios is the Sabbat. Standing between them is the Anarchs, who tend to side with the Camarilla more often than the Sabbat.

The Clan Novels were out of print for almost twenty years but were recently re-released under Crossroad Press on ebook and in paperback form. Deciding to experience the books again, I picked up all thirteen volumes of it and have been gradually working my way through them. My adult tastes have left the experience a mixed bag. They’re still very fun for what I remember of the setting but the flaws stand out more.

If you aren’t familiar with the World of Darkness setting in general and the Vampire: The Masquerade setting in particular then Clan Novel: Toreador is probably not for you. It requires a more than passing familiarity with the setting to make sense of who the Clans, sects, and factions are. This is somewhat irritating as if they’d taken the time to be a bit more new reader friendly, then the series might have been quite a bit more enjoyable. It’s doubly frustrating because the next book in the series, Gangrel, is an excellent introduction.

The book is primarily about a new vampire named Leopold. It opens reasonably well by establishing he’s a sculptor that preys on the local prostitutes and runaways in his neighborhood but doesn’t kill them. Leopold wants to be a friendly neighborhood vampire but is self-aware enough that he knows how much of a scumbag he really is. Leopold had his memory erased of the vampire who turned him and hopes to find out the truth of his Embrace from the local Clan Toreador elder, Victoria Ash.

Meanwhile, Victoria Ash is throwing an elaborate party as part of a plan to manoeuvre herself to becoming ruler of Atlanta’s vampires. Unfortunately, for her, the plan is doomed from the start. Her party is meant to be the first target of the Sabbat’s siege of Atlanta. There is also a plan to sell a priceless magical artifact during the party that could change the course of Kindred history. Bad timing doesn’t begin to describe it.

Toreador is not the best of the Clan Novels and is actually pretty close to my bottom of the thirteen. Leopold is not a particularly interesting character. Victoria Ash eventually develops into one but comes off as a somewhat flighty, even dumb, character here despite being over four hundred years old. No vampire who lives that long is not a cunning and feral creature underneath whatever facade they’ve adopted.

Overall, I think this is a book better endured than enjoyed. There’s a lot of really solid fiction and excellent characters in the Clan Novel saga. However, Toreador isn’t the best place to find them I’m sorry to say. The horror of being a vampire and the cold, calculating politics of the Camarilla just aren’t on display here. Still, you have to read this in order to understand the rest of the series.