REVIEW: Until Summer Comes Around by Glenn Rolfe 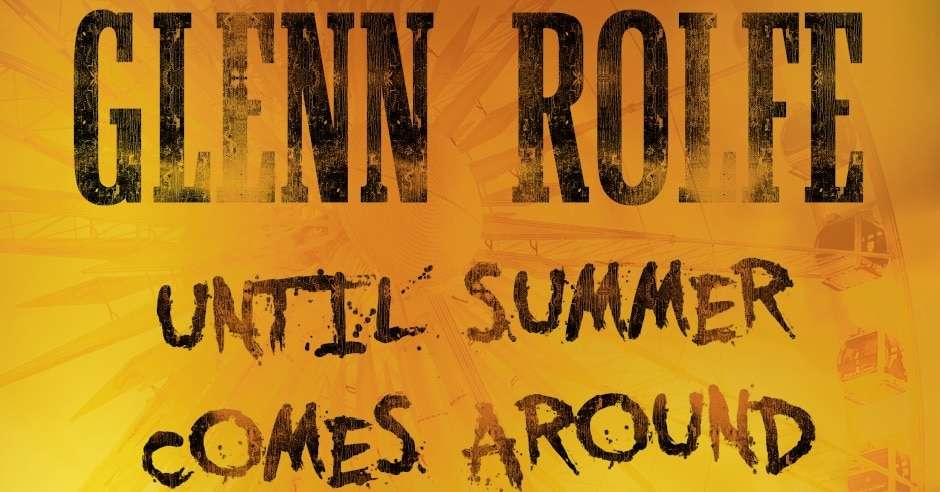 I received an uncorrected proof copy of Until Summer Comes Around in exchange for an honest review. I would like to thank Glenn Rolfe and Flame Tree Press for the opportunity. 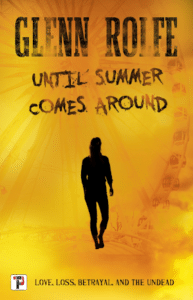 I have been sinking my teeth into the horror genre more frequently recently and I decided it was about time I read a novel about vampires. Until Summer Comes Around is set in Old Orchard Beach in Maine during the summer of 1986. Rocky is a fifteen-year-old kid who enjoys metal music, video games, and wasting his days at the arcades on the seafront with his cousin Axel. That summer Rocky meets a mysterious girl named November. They quickly become infatuated with each other, meeting most days and loving the time that they spend together. November is weird, kooky, gorgeous and she also likes metal music. Rocky has no idea why November likes him but he isn’t complaining about it. November, with her brother and mother, are visiting for the holiday season. Their family has a dark secret. They are vampires. To make matters worse, November’s brother Gabriel is overprotective of his sister, and he is a blood-obsessed psychopath.

Rolfe’s take on vampires is a mixture of the typical tropes and interesting original elements to suit his story. The vampire characters have certain attributes such as being fast, having above-average strength and the ability to fly. They aren’t afraid of the sun and they can survive living off the blood of animals. Some vampires never taste human blood at all. Many vampires such as November wish to act as if they were human. Typically vampires will present their humanlike features in their day to day life yet the more blood that they feast upon the more vampiric their features become.

Until Summer Comes Around begins as a romantic tale between two young teenagers and some of their shared moments are sweet, intimate and engaging. The further through the 228 pages we get though it becomes clearer that this novel is, in fact, a vampire thriller that features numerous gruesome moments, a huge death toll, and a blood-addicted serial killer vampire on the loose in a lovely seaside town. The love between a young gentleman and a vampire teenager was never going to be straight forward, especially with Gabriel’s warped mentality as a shadowing factor. As the novel progresses and there are more disappearances and deaths Until Summer Comes Around gets more terrifying. The suspense is heightened as we approach the intense and fulfilling finale. There is an underlying feeling of trepidation throughout Until Summer Comes Around. It is a stimulating, gripping and chilling horror tale and I devoured it in three days.

In addition, I also enjoyed the many cool nostalgic references to the 80’s such as mentions of teenagers playing Outrun at the arcade, people wearing Twisted Sister t-shirts, and a character having Stephen King’s IT.

Buy Until Summer Comes Around by Glenn Rolfe

[…] GRIMDARK MAGAZINE “…a stimulating, gripping and chilling horror tale and I devoured it in three […]

[…] “There is an underlying feeling of trepidation throughout Until Summer Comes Around. It is a stimulating, gripping, and chilling horror tale.” – Grimdark Magazine […]