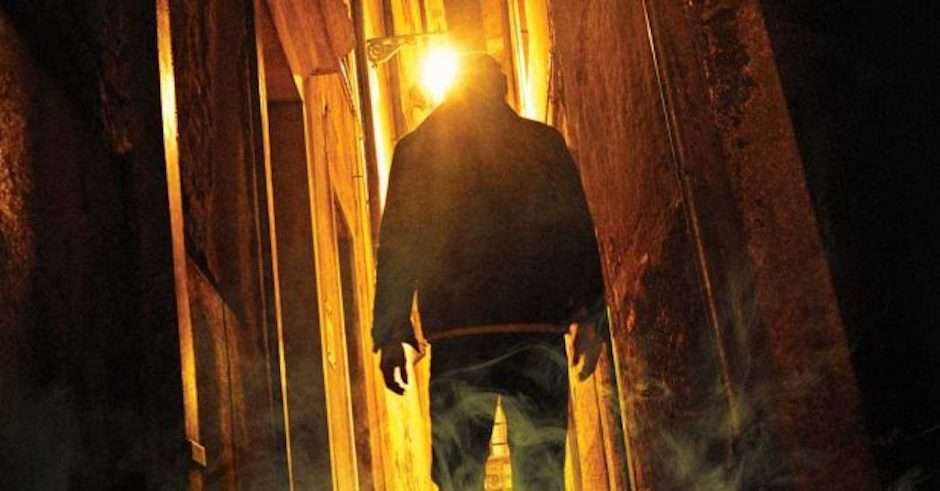 Urban fantasy is not my thing, but then, I’ve never really given it a fair go. So I picked up Joseph Nassise’s Urban Enemies and had a crack. 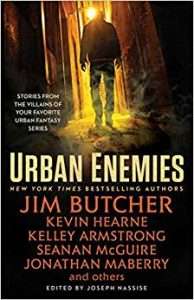 The book contains 17 antagonists from a range of urban fantasy authors, but this time we get to be in their shoes. It’s a concept we at GdM are pretty familiar with and love (check out Evil is a Matter of Perspective to read our pure grimdark fantasy version of this from 2017), so this book, as far as dipping my toes into Urban fantasy goes, was the perfect springboard.

As usual I’ve given each story a review and a score, and averaged my scoring for the book at 3.4/5. Which, when I think on my own biases regarding the fantasy genres I genuinely like to read, is pretty darned good. If you’re a genuine urban fantasy fan, I’d probably take this review with a pinch of salt and add a +20% score modifier because I’m a grimdark fantasy obsessive who has never really given urban fantasy the time of day.

Without further ado, let’s get into the short and the long of this review.

The short of it

Urban Enemies is a great read. While I’ve not read or heard of the greater majority of these authors, each author has hit the theme on the nose and put forward some pretty nasty characters that were fun to engage with. Most of the authors brought their A-game in regards to short story craft and created compelling and exciting stories.

The stories that really stood out to me were Chase the Fire by Jon F. Merz, Unexpected Choices by Diana Pharaoh Francis, Balance by Seanan McGuire, and Everywhere by Sam Witt. I have one of McGuire’s Tor.com novellas, and I’ll definitely be looking into the other three.

One of the most obvious drawbacks for me were a few stories that didn’t work as stand-alones, very obviously working as prologues or requiring pre-reading to understand. Apart from that, Nassise has brought together a range of fine authors to create an engaging, nicely paced anthology full of quality content.

The long of it

Even Hand by Jim Butcher: John Marcone is pure business. Lives, money, loyalty: all fall before business. Except children. And a fleeing Justine, associate of Harry Dresden, has just convinced him to go against all his other principles to protect a child. Not that John would let her know that.

An excellent theme-setter from Butcher. A well-structured story with a nice mix of humour and action, and the insights into the mind and methodologies of Marcone make me want to check out the series. 4/5.

Hounded by Kelley Armstrong: the Huntsman seeks to replace his lost hound by manipulating a bitter innocent into doing something horrible.

I enjoyed the wickedness of this story, the protagonist’s drive to feel like he belonged in his own little pack once more, but the ending I felt lacked wallop. 2.5/5

Nigsu Ga Tesgu by Jeff Somers: Mika Renar has just brought on an apprentice. She knows, beyond doubt in her mind, that her apprentice will kill her one day. But is she right?

Heavily magical and spell casty-stories aren’t usually my jam, but I enjoyed this one. The internal thinking of this clever old blood mage and the society she runs in make for interesting reading. 3/5

Sixty-Six Seconds by Craig Schafer: A demon bounty hunter takes on an apprentice before trying to nab four targets and a bonus fifth in one night. But are his motives honest?

Schafer has a really enjoyable writing style to read. A nice mix of a noir detective feel with some black humour make Sixty-Six Seconds a genuinely enjoyable read. 4.5/5

Kiss by Lilith Saintcrow: under the shadow of WWII Germany, in the last standing city of Berlin, a demon-placeholder for the unfather has gained sentience and is looking for a way to be free to reign in the grim world of human