REVIEW: Urdesh: The Serpent and the Saint by Matthew Farrer 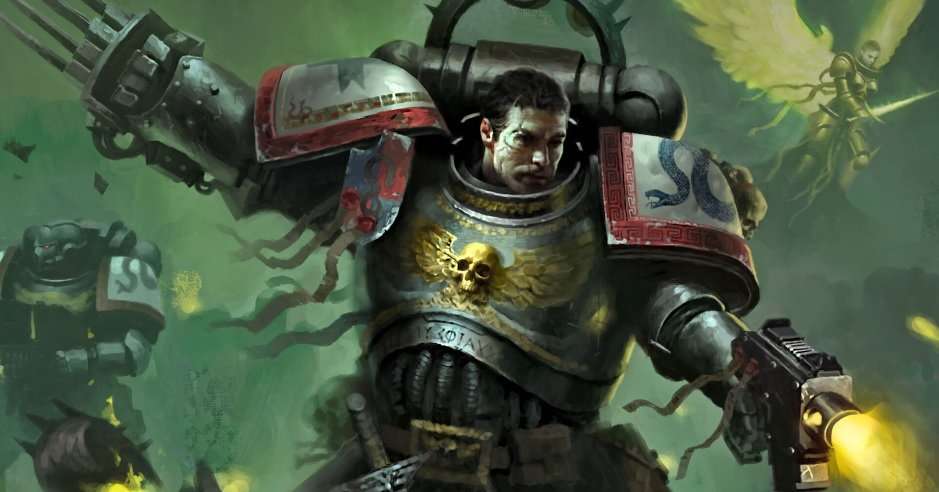 Urdesh: The Serpent and the Saint by Matthew Farrer is a new breed of novel for the Black Library. An explanation: Dan Abnett’s highly popular Gaunt’s Ghosts series is set in a part of the galaxy known as the Sabbat Worlds and at the time of a campaign to reclaim them – the Sabbat Worlds Crusade. This was Abnett’s personal fief for many years, the setting for the Ghosts and a few spin-off books (Double Eagle, Titanicus). Then there were a few compilations of short stories – Sabbat Worlds (2010) and Sabbat Crusade (2014). Farrer featured in each, with the marvellous paired stories The Headstone and the Hammerstone Kings and The Inheritor King (a third and unconnected story appears in the latest anthology, Sabbat War). Now Farrer is writing about the Sabbat Worlds Crusade, using some of Abnett’s own creations – the reincarnated Saint Sabbat, her companions (including Ghosts veteran Brin Milo) and the space marines of the Iron Snakes Chapter. These last date to another of Abnett’s books – Brothers of the Snake – and have made appearances in Ghosts stories and other background material. 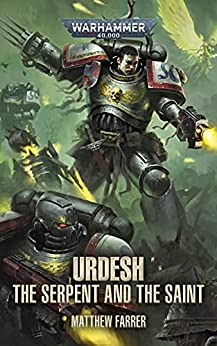 All this is to say that Farrer (perhaps best known for his Enforcer series, including the wonderful Crossfire) isn’t just in the same business but actively working alongside Abnett. Working on books in the same series isn’t unknown for the Black Library (see: The Horus Heresy, The Beast Arises), but this is a new way of doing business. Urdesh has apparently been in the works since 2014 (according to a blog of Farrer’s) and ties very directly into the latter half of Abnett’s The Victory arc – both The Warmaster and Anarch are set on the war-torn Forge World of Urdesh.

Enough background. Into an oceanic planet of volcanic island chains, factory complexes and refugee camps. Urdesh centres on those units of the Iron Snakes that are set to guard the reincarnated Saint Sabbat, but draws in perspectives from the common soldiery, titan maniples and refugees. It’s not quite at the scale of the wider Tom Clancy books (e.g., Red Storm Rising) and the transhuman Space Marines dominate both the limelight and the battlefield, but this is the story of the battle for a planet: the scope is wider than a single regiment, even when that regiment is the Tanith First and Only. (Of course, the motives and inner thoughts of the Warsaw Pact are given slightly more sympathy by Clancy than Farrer ever shows to the Blood Pact and Sons of Sek!)

That core of kinetic, smart action aside, there is a wider story to Urdesh in the clash of personalities and systems – between the spiritual business of escorting an admittedly martial Living Saint and the immediate practical needs of warfare. Of course, given the nature of the 41st Millennium, the one very directly overlaps the other; the mix of commando action and shamanic rites that form one strand of the plot is characteristic.

All that said, however, whilst I enjoyed Urdesh: The Serpent and the Saint I’m unwilling to give it any kind of score yet. It doesn’t quite conclude properly, and is destined to be continued in Urdesh: The Magister and the Martyr. The action on Urdesh has a set endpoint (as we know, thanks to the conclusion of Anarch) and these are two volumes of a novel, not two parts of a series, largely standing alone. Although I will say that I am certainly looking forward to seeing how Farrer concludes Urdesh.

Read Urdesh: The Serpent and the Saint by Matthew Farrer