REVIEW: Valdor: Birth of the Imperium by Chris Wraight 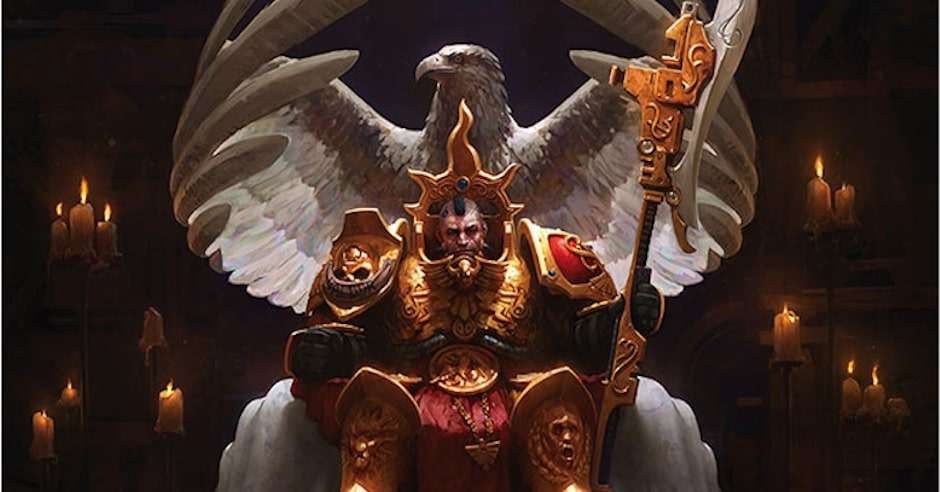 Black Library’s books chronicling life in the grim darkness of the future usually fall under two basic timelines: the traditional 40th millennium of Warhammer 40K, and the 30th millennium, during which the tragedy of the Horus Heresy unfolded. However, we also know that the timeline of the Imperium is a richly developed treasure trove of lore; a fertile ground of stories waiting to be told. In his new book, Valdor: Birth of the Imperium, Chris Wraight tells a tale from a critical time in the Imperium’s growth – the bridge between the Wars for Unity and the time of venturing to the stars and bringing other planets into the Emperor’s Light. The book focuses on Constantin Valdor, the first Captain-General of the Legio Custodes; those greatest of genetically-enhanced warriors, charged with protecting the growing Palace on Terra, as well as the Emperor Himself.

This is a chapter in the Imperium’s history that many fans have desired getting the attention it deserves for a long time. Valdor is a cool, enigmatic, stalwart warrior who has long deserved a book of his own. Chris Wraight is, by and far, one of the top-tier authors in the Black Library stable. By any given metric, Valdor should have been a grand slam home-run.

Unfortunately, Valdor: Birth of the Imperium ends up as a glorious misfire; both bolstered by excellent writing, yet confounded by ill-conceived lore changes and painful lapses in logic and concept of basic military tactics.

Before we commence the dissection, let’s take a look at the blurb: 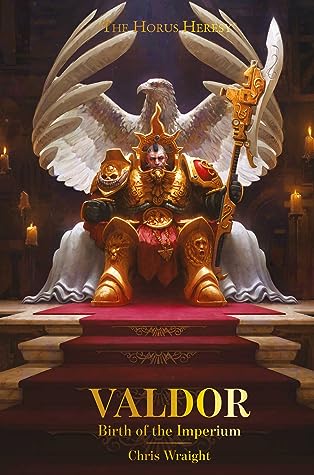 Constantin Valdor. It is a name that brings forth images of heroism, honour and peerless duty. For it is he who commands the will of the Legio Custodes that most esteemed and dedicated cadre of elite warriors. He is the Emperor’s sword, His shield, His banner and he knows no equal. Clad in shining auramite, his fist clenched around the haft of his Guardian Spear, he is the bulwark against all enemies of the throne, within or without.

Nearing the end of the wars of Unity, Valdor’s courage and purpose is put to the test as never before. The petty warlords and tyrants of Old Earth have been all but vanquished, and the Emperor’s armies are triumphant. What now for the nascent Imperium and what fate its forgotten soldiers, its Thunder Warriors and armies of Unity? A new force is rising, one which shall eclipse all others and open the way to the stars. But change on Terra is seldom bloodless and for progress to be ensured darker deeds are necessary.

First things first; let’s take a look at the book itself. The initial release of Valdor is a snazzy hardback (a paperback edition will be released in a few months), and it is graced by a gorgeous image of Valdor by Aaron Griffith. It also bears noting that Valdor: Birth of the Imperium is not so much a novel as it is a novella. The book comes in at a trim 190 pages; and although I don’t know the official word count, I’d guess the total length to be more around 150 pages. It is a release similar to the Primarchs series; although, of course, despite his significance as a hero of the Imperium, Valdor is not in that club. Oddly enough, the book is branded under the “Horus Heresy” umbrella, which just underscores the need on Black Library’s part for a “30K” or such segment, to cover historical stories outside of the Heresy itself. Again, it’s a neat volume.

Second, let me lay out a bit of a note on the historical timeline, for those who might be newer to the setting. This is an extreme oversimplification; so for the more lore-savvy, please don’t come after me for inaccuracies. As mentioned, Valdor takes place after the Wars of Unification; during which the Emperor solidified Himself as the ruler of Terra. This involved seemingly endless wars against minor kings and warlords, as well as agents those who’d aligned themselves with darker powers (Chaos). The premiere troops of this time were the first legions of genetically-enhanced soldiers, the Thunder Warriors. The Thunder Warriors were frightening in their martial prowess, yet mentally (and sometimes genetically) unstable, prone to outbursts of unmitigated, uncontrollable violence. As the Emperor set his sights upon the stars, he began work on another group of genetically-engineered soldiers to replace the Thunder Warriors; the Adeptus Astartes, aka the Space Marines everyone knows and loves. The Thunder Warriors were, ummm, ‘retired’ in a massacre at Mt. Ararat.

Now, back to the review.

I’ve often mentioned that stories about Space Marines (and in this case, the Custodes), often work better when they are seen through the eyes of a human witness. Why? Because, all of these genetically enhanced soldiers have had their emotional palettes modified, truncated, and/or neutered. It is extremely difficult for even the best of authors to effectively put to paper what is going on in their heads. Ergo, it’s better to witness their magnitude from a distance. Usually. Such is not the case here. Wraight has a good bead on what makes Valdor tick; so I would’ve loved if he spent the whole novella inside of the Captain-General’s head.

Alas, a good chunk of the book is told through the eyes of Uwoma Kandawire, Provost Marshal of the High Lords of Terra (the Imperium has a Senatorum, head by High Lords, which oversee the largest branches of the Empire. The Provost Marshal heads up the Adeptus Arbites – the Terran police force). Kandawire isn’t a bad character, per se. Wraight makes her intentionally flawed but idealistic. Her part in the story boils down to realizing that something is rotten in Denmark; and as the High Lords are supposed to provide checks and balances, it’s up to her to see what’s going on. The Thunder Warriors were slaughtered without them knowing; and there are rumors that another army is being brewed up in ultimate secrecy. Kandawire dispatches her agents to investigate the latter; and decides to deposition Valdor himself to ascertain answers on the former.

I really can’t divulge too much without veering into spoiler territory (remember this is a pretty short book), but a lot of the story boils down to the mental chess being played back and forth between the two of them; Valdor misleading with cherry-picked tidbits of information and misinformation; and Kandawire attempting to separate truths from untruths as she prepares to act on her findings.

Also jammed into the proceedings is another storyline focusing on a genewright named Amar Astarte (more on her later), and her role in the genetically-engineered soldiers being vat-grown in the bowels of the Imperial Palace (currently under construction).

As mentioned above, Wraight nails his portrayal of Valdor. Stoic, melancholic, dry. A consummate warrior. One for whom duty is paramount. There were a few slips during the end where