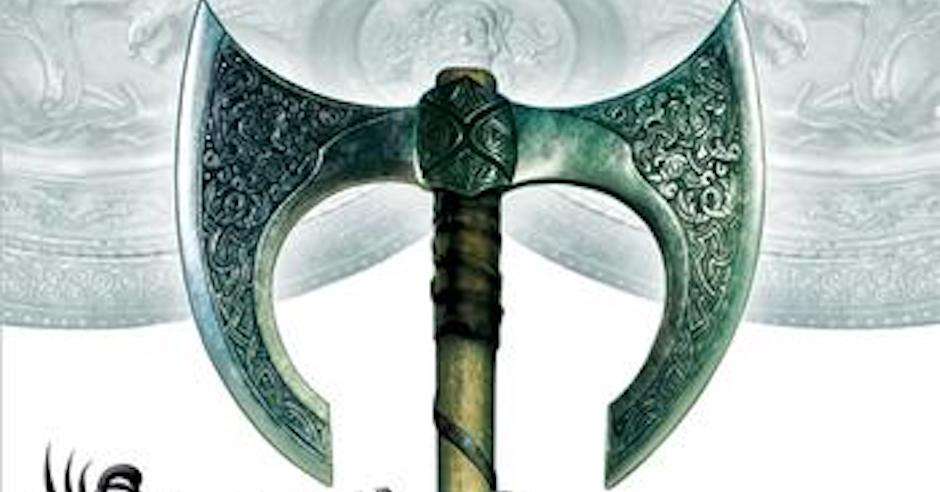 Valour is the second of four novels in John Gwynne’s The Faithful and The Fallen series. Valour was preceded in the series by Malice and is followed by Ruin and Wrath.  It was first published in 2014 and the great thing about reading a completed series is that I do not have to wait years in between each novel. Which is amazing because The Faithful and the Fallen is turning out to be one of the best series I have ever read. 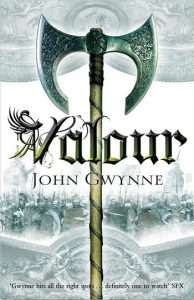 The series continues in the same style, Gwynne is writing an epic grimdark fantasy with numerous perspectives. Around half of the points of view are continuations from Malice, some of the new ones used to be minor characters which we get to learn more about, and others are brand new to Valour. One of the really handy additions to the novel is the ‘cast of characters’ list at the beginning which lists everyone and sorts them under their allegiances. So, if like me, all of the names starting with C can get a little muddled or you forget whether someone is from Tarbesh or Tenebral you can refer back to it. I think this would be very useful if there has been a long gap between finishing the first novel and starting the second.

Gwynne kicks off Valour almost immediately after the ending of Malice. The characters with uncertain fates are quickly resolved for good or ill and the journey continues. There is less world or character building required here and so the plot moves more quickly than it did before. I found Valour to be a significantly more dark and gritty novel than Malice. If Malice was the calm before the storm with light, happy moments such as weddings, feasts, and training in the Rowan Field, then Valour is the dark sky and growling thunder right before a storm hits. There are more perspectives in this novel that belong to the dark forces of Asroth so more time spent in the company of malicious characters and as such it is significantly more violent and bloody. There are grizzly battles, wolven fights, torture scenes, and sexual violence. Though that was hauntingly implicit rather than a graphically detailed scene.

However Valour is not completely and unrelentingly bleak. The camaraderie of Corban’s band of outcasts, who love and support each other through all the challenges they face, is one of the loveliest parts of the novel. There are some laughter inducing moments from the haphazard flirting of the now late teenaged men and the animals in their cohort often induced a smile. I also find myself hopeful for the futures of some the characters who seem to be undecided on where their allegiance lies in the God War, and hope is a powerful tool in a grimdark novel.

I am in awe of Gwynne’s skill as an author. In this series he is successfully weaving more key perspectives than I have ever seen before, whilst traveling across the continent of the Banish Land, in and out of different countries, trailing different factions, simultaneously moving the plot forward in a relentlessly entertaining and entirely unpredictable way. I genuinely care about the fate of the characters and there is one death in particular that made me cry, which is something a book rarely makes me do. Even with twelve points of view to manage, Gwynne’s characters are three dimensional and equally interesting. I did not sigh or skim read when it changed to certain viewpoints because all of the narratives are engaging. It is consistently well written and the ending has left me satisfied with the conclusion of Valour but also desperate to find out what happens next with Ruin.

I know the themes of Valour are tried and tested fantasy favourites but this feels fresh and new. Gwynne has taken the things I love from authors like George R R Martin and David Gemmell and made something utterly fantastic. I highly recommend it and the only reason I am not giving Valour five stars is because I think Ruin will be even better. 4.5/5.