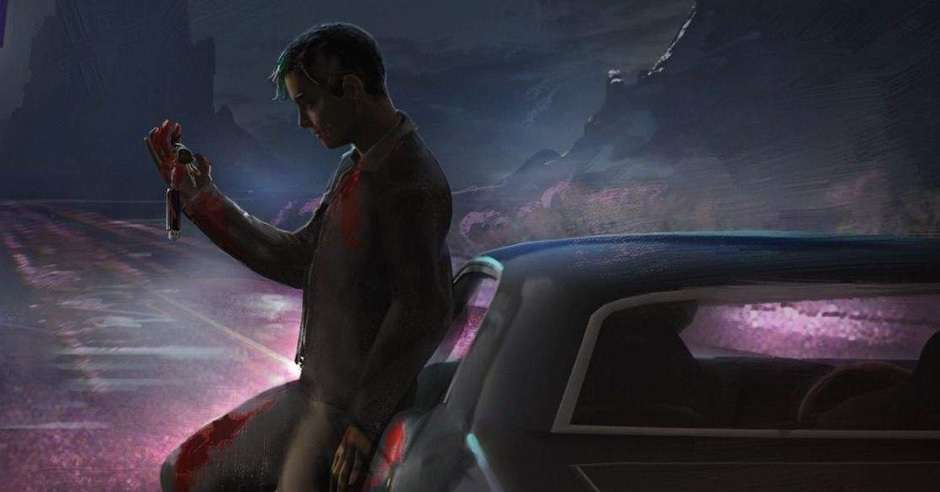 Text-based adventures are something that I was initially familiar with from the old “Choose your own adventure” books from the Eighties and early Nineties. They were entertaining but as video game graphics improved, they became increasingly obsolete. Everything old is new again, however, with Android and other phones making it so that interactive novels are something a person can experience with relatively small computer systems.

Vampire: The Masquerade – Night Road by Choice of Games is a game set in the World of Darkness like the recently released Coteries of New York or Shadows of New York. Unlike those visual novels, though, Night Road consists entirely of text and a handful of scattered character portraits. This is a game that exists primarily as a tool of your imagination and that is both its greatest strength as well as greatest weakness.

The premise is you are a newly Embraced vampire that has recently acquired a job as a courier for the Camarilla (the vampire government). Vampires do not trust the internet or packaging services in the age of Big Brother and prefer their messages to be hand-delivered. Unfortunately, this is a harder job than it sounds since many vampires have a tendency to shoot the messenger.

Vampire: The Masquerade – Night Road takes place entirely in the American Southwest, primarily Tucson, Arizona. The game does a nice job of evoking the feel of the place with both its florid prose as well as making use of recent events. The vampires of the game take advantage of immigration, the healthcare crisis, and technobabble solutions to the environment in order to firmly establish this in a stylized version of “real” world circa 2019 or so. The COVID-19 crisis isn’t referenced and is obviously something vampires would have an opinion on (breaking into houses for your meal is so frustrating) but the novel was obviously written before then.

I personally feel the politics are well-incorporated into the storyline and enhance it rather than detract from. Regardless of your political opinions, I think we can all agree vampires are bad and are going to take advantage of vulnerable people to feed their unnatural appetites. The protagonist can exploit a free hospital to make themselves a fortune, feed from imprisoned migrant workers controlled by a deranged Elder vampire, or even do something insane like actually try to help the humans inside.

The use of the surveillance state in the game is particularly well done. It’s a very different world from the one Dracula inhabitated with everyone having a cellphone and modern forensic. As such, the government (called “The Second Inquisition”) is actively hunting vampires in secret. If you aren’t careful, hunters will stalk you and blow up your daylight haven. There’s also the option to side with the Second Inquisition and turn on your fellow vampires for a few more nights of respite.

The variety of choice is the best part of Vampire: The Masquerade – Night Road. You can choose a variety of Clans, respond to situations in numerous ways, and be a monster or a hero (or both). The reliance on text for the game means that the author didn’t have to spend thousands of hours programming events into the story. If you don’t mind treating it like a tabletop roleplaying game played online, then this is a solid and entertaining title.