Vampire: The Masquerade: Winter’s Teeth #10 is the end of the second arc of the comic as well as perhaps the series. Despite my hopes that this would prove to be an ongoing series, I am glad to have followed the adventures of Cecily Baine and her Anarch collegues for as many issues as I have. I am pleased to say the characters will also have their adventures continued for at least three more issues in the World of Darkness: Crimson Thaw miniseries that also just started. 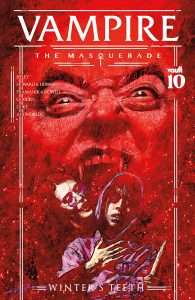 The premise is that Cecily Baine is a former Anarch that betrayed the cause in order to get a place where she could keep her mentally-ill sister. Now an enforcer for the elitist Camarilla, she finds herself in a large number of palace intrigues in the Twin Cities. While she managed to evade the problems of a coup and vampire hunters in the first story arc, everything comes to a head in this issue.

The Mortician’s Army, a heavily-armed militia of vampire hunters, has managed to attack the personal skyscraper of the vampire elite. They have managed to corner the city’s ruling class in the hour before sunset and are now taking the fight to them. Cecily was happy to abandon the elder vampires to their doom but finds herself trapped with them and unwillingly ends up protect them as she struggles to survive herself.

The big emotional moment of Vampire: The Masquerade: Winter’s Teeth #10 is the confrontation between Cecily and her “childe” Alejandra. The latter has revealed that not only was she the daughter of the Moritcian but she is far from the innocent manipulated by her family that Cecily hoped she was. Cecily might have forgiven her being a vampire hunter but as a power hungry traitor? No, Cecily knows that she must destroy her only remaining friend. 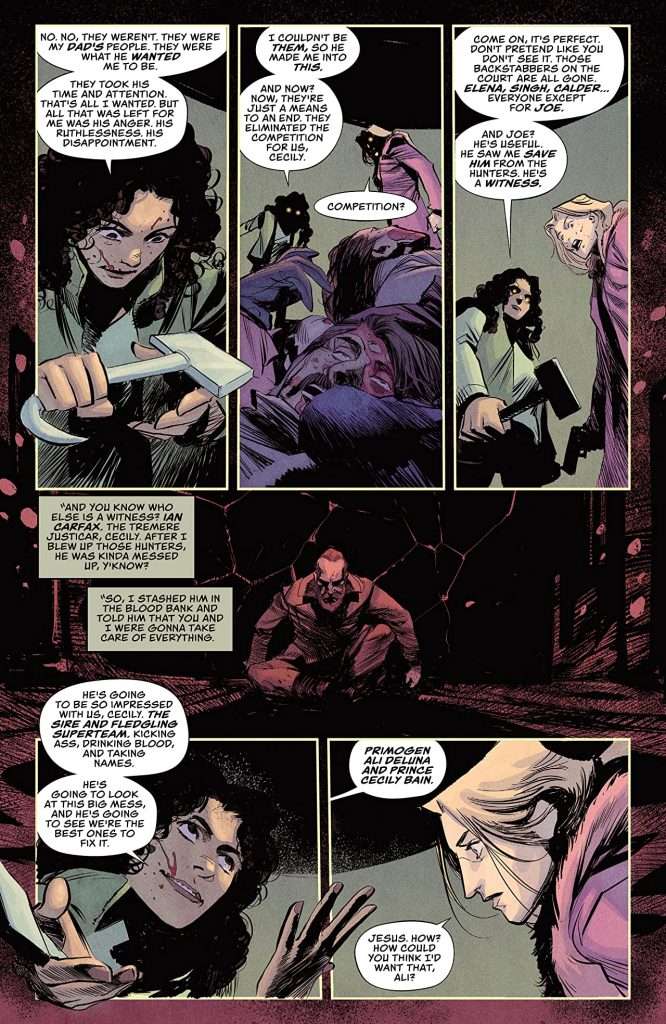