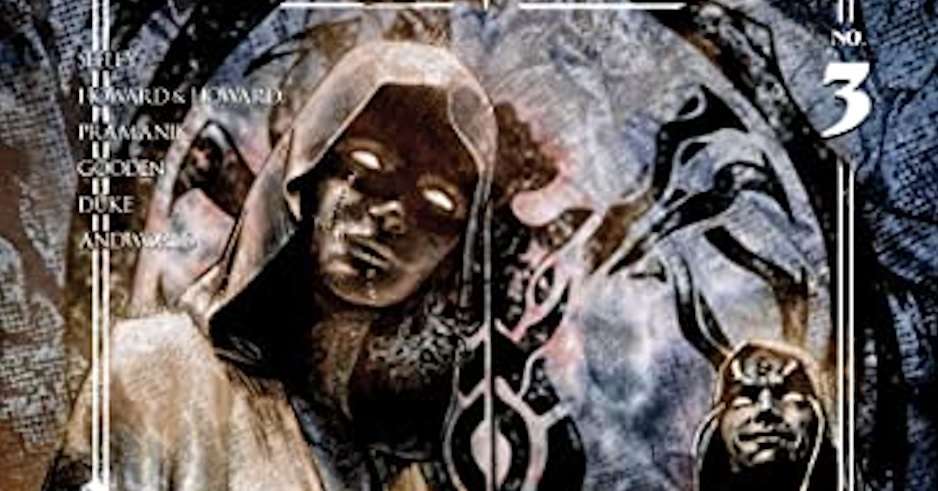 Vampire: The Masquerade – Winter’s Teeth #3 is a continuation of what I think to be the most interesting new comic in years. I’m a huge fan of the Vampire: The Masquerade tabletop roleplaying game so I immediately picked up this comic when it first came out. I’ve been following each other with reviews and intend to continue to do so since I really enjoy the complicated politics, characterization, plus use of edgy vampires. It’s a throw back to the Goth Nineties with Sisters of Mercy playing in the back of my mind with every page. 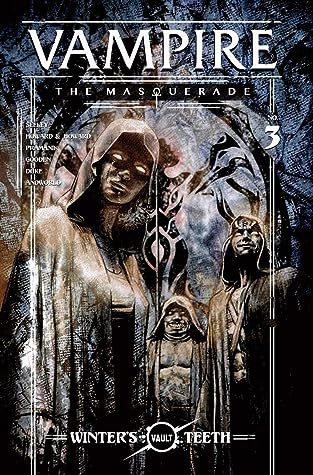 Vampire: The Masquerade – Winter’s Teeth #3 is a bit different from the others in the series since it introduces another group of villains with a group of cybernetic vampire hunters. This is a little out there for a 5th Edition Vampire: The Masquerade adaptation, which was designed to be more down to Earth than previous editions, but works with the more gonzo 2nd Edition storytelling that I used to do in high school. The book takes this group up even further as they harvest the organs of the undead in order to implant them in their own bodies.

I was hoping that Vampire: The Masquerade – Winter’s Teeth #3 would follow up on the opening of the story with Cecily Bain murdering Cordell Block’s mortal Touchstone. Instead, that plot is rather unfortunately wrapped up in the middle of the comic. However, the events involved lead to an even bigger set of trouble for Cecilly and the Camarilla. Still, I have to admit I generally prefer stories to follow up on more personal stakes than big epic political struggles, at least when it comes to the World of Darkness.

I appreciate the deepening friendship between Cecily and Alejandra. Sometimes you don’t need very large and important conversations to establish that two characters are friends or becoming closer to one another. My favorite moment in the book is the discovery that Cecily doesn’t know how to use a modern laptop and is certain that her (ten year old) one is state of the art. Alejandra quickly disabuses her of that notion.

I find the Wolvers in Sheeps’ Clothing to be somewhat cartoonishly over-the-top villains but it’s hard to write one-shots for a setting where just about every character is one shade of evil or another. Cecily is not particularly a likable protagonist to begin with and her attempt to redeem herself by mentoring Alejandra just comes off as self-serving. That’s part of the books fun, though.

We also get a short story at the back of Vampire: The Masquerade – Winter’s Teeth #3 that fills in the history of “King Rat” the Nosferatu. King Rat turns out to have been a black Vietnam veteran who was embraced when he went down the wrong underground tunnel. He turns out to be probably the smartest and sanest of the Anarchs, so much so that I would be interested in reading comics about him.

There’s a big change to the status quo in the Twin Cities at the end of the book and I have to say I’m very excited about finding out what happens next. Honestly, this is probably my least favorite of the first five comic books in the series but still is an essential part of the story being told. I just wish they’d gone with less cartoonish villains than the Frankenstein-esque hunters.